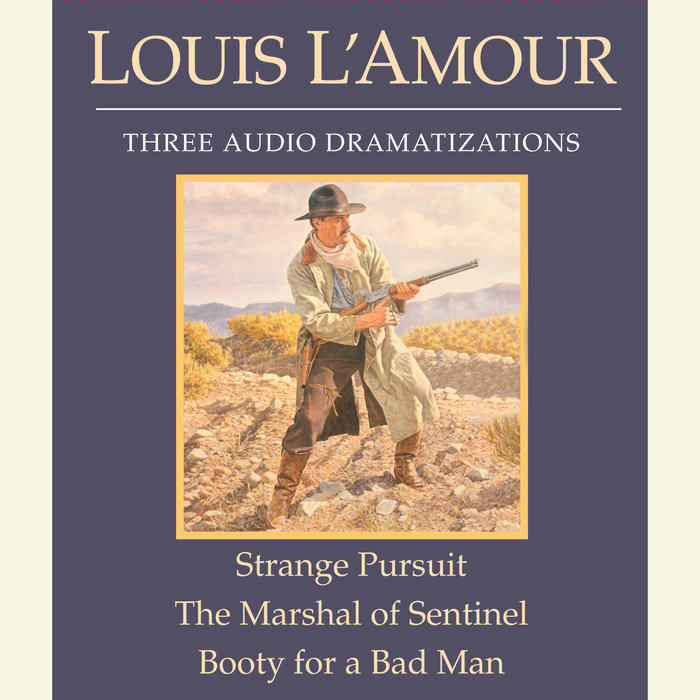 Strange Pursuit
Bowdrie wants Charlie Venk. Shrewd and intelligent, Venk is riding hard on the sorrel he’s stolen right out from under another man. His good looks, fast gun and reckless wit have already made him a legend. So Bowdrie has to be smarter, faster–and more relentless–in tracking his prey across dusty cowtowns, barren desert landscapes and through the canyons and pine forests of northern Arizona into deadly Apache territory.

The Marshal of Sentinel
Tough and vicious, the Fred Henry Gang had been robbing banks all along the stage route from Santa Fe to Tularosa. It was only a matter of time before they hit the sleepy town of Sentinel, and Marshal Fitz Moore knew that day had come.

But when Julia Heath appeared out of the blue to raise the spectre of the past he had a desperate and delicate situation on his hands. Now the Marshal had to foil a bank robbery, prevent a bloodbath, and pray that the lovely young lady would fathom the quick, cruel violence of the savage frontier and find forgiveness in her heart.

Booty for a Bad Man
Tell Sackett knew that gold spelled trouble faster than anything except a woman, and he had a lot of gold. Problem was, none of it was his. Tell was just delivering the gold for a fee. And now the Coopers, a gang of bloodthirsty desperadoes, were hot on his trail.

So the last thing Tell needed was Christine Mallory to slow him down. But to leave her in the desert was to leave her to die. As Tell Sackett’s father used to say, “Women are trouble.” Tell was about to learn what he meant.
Read More