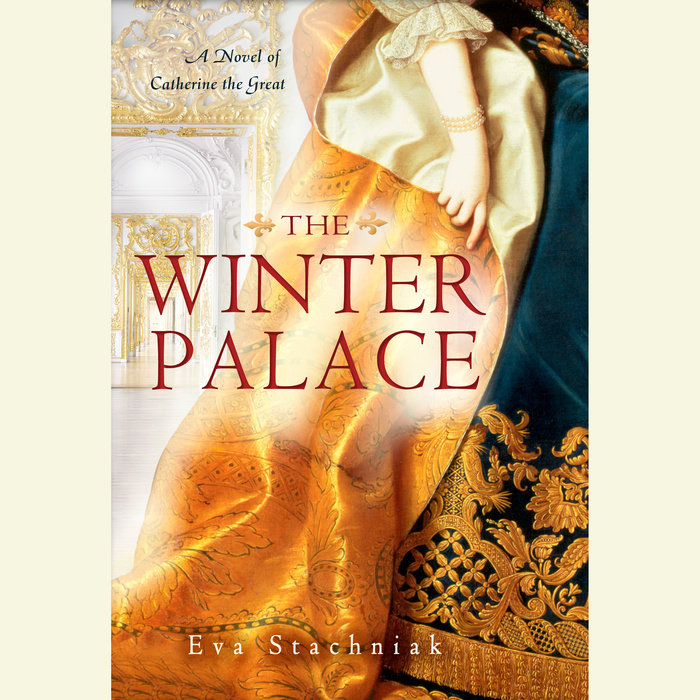 From award-winning author Eva Stachniak comes this passionate novel that illuminates, as only fiction can, the early life of one of history’s boldest women. The Winter Palace tells the epic story of Catherine the Great’s improbable rise to power—as seen through the ever-watchful eyes of an all-but-invisible servant close to the throne.

Her name is Barbara—in Russian, Varvara. Nimble-witted and attentive, she’s allowed into the employ of the Empress Elizabeth, amid the glitter and cruelty of the world’s most eminent court. Under the tutelage of Count Bestuzhev, Chancellor and spymaster, Varvara will be educated in skills from lock picking to lovemaking, learning above all else to listen—and to wait for opportunity. That opportunity arrives in a slender young princess from Zerbst named Sophie, a playful teenager destined to become the indomitable Catherine the Great. Sophie’s destiny at court is to marry the Empress’s nephew, but she has other, loftier, more dangerous ambitions, and she proves to be more guileful than she first appears.

What Sophie needs is an insider at court, a loyal pair of eyes and ears who knows the traps, the conspiracies, and the treacheries that surround her. Varvara will become Sophie’s confidante—and together the two young women will rise to the pinnacle of absolute power.

With dazzling details and intense drama, Eva Stachniak depicts Varvara’s secret alliance with Catherine as the princess grows into a legend—through an enforced marriage, illicit seductions, and, at last, the shocking coup to assume the throne of all of Russia.

Impeccably researched and magnificently written, The Winter Palace is an irresistible peek through the keyhole of one of history’s grandest tales.

Praise for The Winter Palace

“A majestic and splendidly written tale of pride, passion, intrigue, and deceit that is brought alive from the first page to the last.”—Rosalind Laker

“At the same time baroque and intimate, worldly and domestic, wildly strange and soulfully familiar, The Winter Palace offers a flickering glimpse of history through the gauze of deft entertainment.”—The Washington Post

“A thrilling point of view . . . Readers are treated to a firsthand account of the young princess’s slow ascent to the throne, a path deliciously strewn with discarded lovers and sanguine court intrigues.”—Minneapolis Star-Tribune

“Awash in period details and as gripping and suspenseful as any thriller, The Winter Palace gives us a unique look at the making of a queen. Eva Stachniak allows us to peep through keyholes and overhear whispers as we navigate the intrigues of Imperialist Russia along with Sophie, the princess who became Catherine the Great. I loved this book, and this glimpse into a world of silk and shadows, grandeur and gossip.”—Melanie Benjamin, author of The Autobiography of Mrs. Tom Thumb

“The Winter Palace is an intensely written, intensely felt saga of the early years that shaped the eighteenth century’s famous czarina, Catherine the Great. Her survival in the treachery of the Russian court was an amazing feat, and Eva Stachniak captures the fluidity and steeliness that propelled Catherine from a lowly German duchess to one of the towering figures of the century.”—Karleen Koen, New York Times bestselling author of Through a Glass Darkly

“Eva Stachniak has given readers a thrilling glimpse into the scandals and secrets at the heart of the Russian Imperial court. With deft prose and exquisite detail, Stachniak has resurrected one of the most compelling ages in history. Turn off the phones and lock the doors—you will not put it down.”—Deanna Raybourn, New York Times bestselling author of Silent in the Grave

“This novel is literary sable to sink into on a cold winter’s night: luxurious and elegant, gilded with details, yet piercing in its depiction of the flamboyant decadence of the Russian court, and the tumultuous rise to power of Catherine the Great, as seen through the eyes of a scheming lady in waiting and spy. Once you enter the glorious, dangerous world of The Winter Palace, you will never want to leave.”—C.W. Gortner, author of The Confessions of Catherine de Medici

“Utterly enchanting from the first page . . . Eva Stachniak brings to life the sensual feast that was Catherine the Great’s Russia in this beautifully written, tightly plotted novel.”—Tasha Alexander, author of And Only to Deceive
Read More 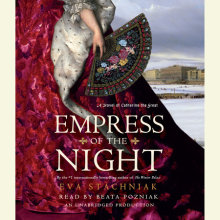