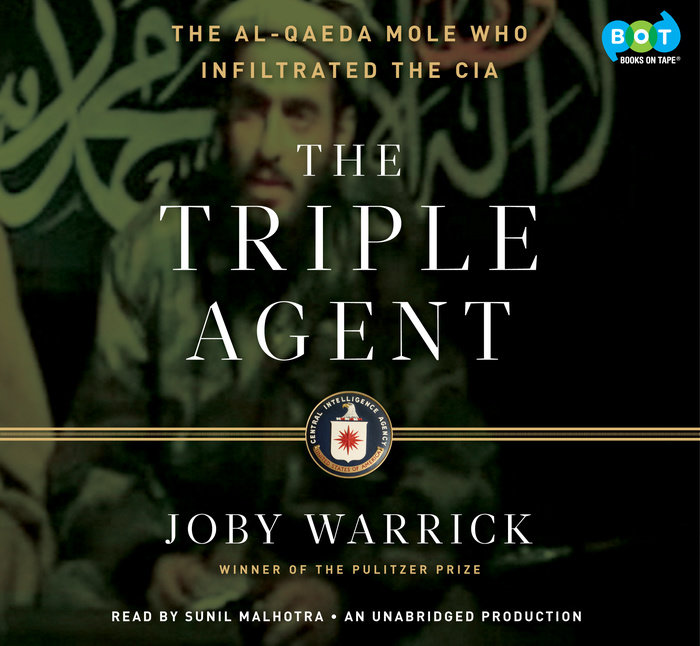 Written by: Joby Warrick
Read by: Sunil Malhotra
7 Hours and 8 Minutes Imprint: Random House Audio Genre: Political Science - Intelligence & Espionage Release Date: July 19, 2011
A stunning narrative account of the mysterious Jordanian who penetrated both the inner circle of al-Qaeda and the highest reaches of the CIA, with a devastating impact on the war on terror.

In December 2009, a group of the CIA’s top terrorist hunters gathered at a secret base in Khost, Afghanistan, to greet a rising superspy: Humam Khalil al-Balawi, a Jordanian double-agent who infiltrated the upper ranks of al-Qaeda. For months, he had sent shocking revelations from inside the terrorist network and now promised to help the CIA assassinate Osama bin Laden’s top deputy. Instead, as he stepped from his car, he detonated a thirty-pound bomb strapped to his chest, instantly killing seven CIA operatives, the agency’s worst loss of life in decades.

In The Triple Agent, Pulitzer Prize–winning reporter Joby Warrick takes us deep inside the CIA’s secret war against al-Qaeda, a war that pits robotic planes and laser-guided missiles against a cunning enemy intent on unleashing carnage in American cities. Flitting precariously between the two sides was Balawi, a young man with extraordinary gifts who managed to win the confidence of hardened terrorists as well as veteran spymasters. With his breathtaking accounts from inside al-Qaeda’s lair, Balawi appeared poised to become America’s greatest double-agent in half a century—but he was not at all what he seemed. Combining the powerful momentum of Black Hawk Down with the institutional insight of Jane Mayer’s The Dark Side, Warrick takes the readers on a harrowing journey from the slums of Amman to the inner chambers of the White House in an untold true story of miscalculation, deception, and revenge.
Read More
Praise for The Triple Agent

"Mr. Warrick has reconstructed, in vivid and telling detail, the sequence of events that led Humam al-Balawi to kill seven CIA operatives in a suicide attack in Afghanistan in December 2009....It is a chilling tale, told with skill and verve."
—The Economist

"The Triple Agent is a page turner....It's a must-read for counterterrorism and spy junkies."
—Associated Press

"Warrick is a brilliant reporter and a fine writer.... This is as gripping a true-life spy saga as I've read in years."
—Bob Drogin, LA Times

"Warrick has pieced together a fast-paced and compelling narrative that reads like a Hollywood screenplay. He provides a rare look at the careers and personal lives of CIA officers, including the courageous women who played key roles....Spellbinding."
—The Philadelphia Inquirer

"Insightful and riveting.... Mr. Warrick adds a wealth of new detail to a narrative that reads like the best spy fiction."
—The Washington Times

"The Triple Agent is a spy thriller like no other. Never has such a giant intelligence debacle been chronicled this vividly, this intimately. Riveting and harrowing, laden with deception and duplicity, it is a remarkable, behind-the-curtain account of the CIA’s darkest day in Afghanistan."
—Rajiv Chandrasekaran, author of Imperial Life in the Emerald City

“The Triple Agent is a superlative piece of reporting and writing. Joby Warrick manages to take the reader inside the CIA, Jordanian intelligence, and al-Qaeda. His intimate portraits of intelligence officers and the terrorists they stalk are unforgettable. The Triple Agent is one of the best true-life spy stories I have ever read.”
—David Ignatius, columnist for the Washington Post and author of Bloodmoney

“A startling and memorable account of daring, treachery, and catastrophe in the CIA’s war against al-Qaeda. The deadly buzz of unmanned drones, the fanatical drive of a suicide bomber, and the desperate hopes of the intelligence agents at outpost Khost are drawn together in a powerful and fast-paced story of our time.”
—David E. Hoffman, Pulitzer Prize–winning author of The Dead Hand

“The Triple Agent is by turns harrowing and heartbreaking, fascinating and frightening. Joby Warrick takes the reader deep inside the CIA’s biggest disaster since September 11, a monumental blunder that allowed an al-Qaeda mole, carrying a thirty-pound bomb, into the agency’s highly secret, frontline outpost along the Afghan border with Pakistan. The blast left seven agency employees dead and many questions unanswered, questions that Warrick skillfully answers in a tale that reads like a thriller and stretches from the dusty back alleys of Waziristan to the plush executive floor at Langley.”
—James Bamford, author of the bestselling The Puzzle Palace, Body of Secrets, and The Shadow Factory
Read More 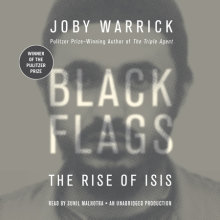