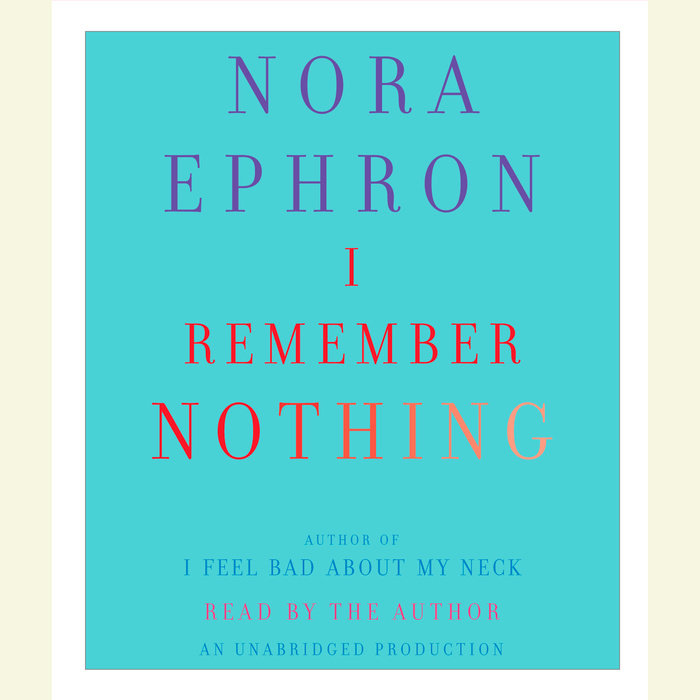 Written by: Nora Ephron
Read by: Nora Ephron
3 Hours and 8 Minutes Imprint: Random House Audio Genre: Humor - Form - Essays Release Date: November 09, 2010
Nora Ephron returns with her first audiobook since the astounding success of I Feel Bad About My Neck, taking a cool, hard, hilarious look at the past, the present, and the future, bemoaning the vicissitudes of modern life, and recalling with her signature clarity and wisdom everything she hasn’t (yet) forgotten.

Ephron writes about falling hard for a way of life (“Journalism: A Love Story”) and about breaking up even harder with the men in her life (“The D Word”); lists “Twenty-five Things People Have a Shocking Capacity to Be Surprised by Over and Over Again” (“There is no explaining the stock market but people try”; “Cary Grant was Jewish”; “Men cheat”); reveals the alarming evolution, a decade after she wrote and directed You’ve Got Mail, of her relationship with her in-box (“The Six Stages of E-Mail”); and asks the age-old question, which came first, the chicken soup or the cold? All the while, she gives candid, edgy voice to everything women who have reached a certain age have been thinking . . . but rarely acknowledging.


“At 69, she’s just two years older than Keith Richards, but to hear her tell it, Ephron’s recall’s far worse. Luckily some synapses are still firing: The follow-up to I Feel Bad About My Neck includes chapters on her youth and career and drily hilarious musings on the trials of aging. If we have to grow old (and as they say, consider the alternative) there’s no better guide.”
—People Magazine (Top 10 Books of 2010)

“Vivid . . . Nora Ephron’s newest book is titled I Remember Nothing. She’s lying. Although her confessional about forgetting people’s names rings all too true to those of a certain age, she’s still lying. Ephron remembers quite a bit in this entertaining collection of stories about her life so far. . . . Ephron has been handed some good material to play with over the years and she knows what to do with it. Anyone who has grown to appreciate her witty and carefree way of telling a story will not be disappointed here. She remains the neighbor we all wish we had. Someone to share a cup of coffee with. Or better yet, a glass of wine. Maybe two. . . . [Ephron] has not lost her ability to zero in on modern life’s little mysteries, like our obsession with freshly ground pepper and bottled water. As for the essay about remembering nothing, which kicks off this delightful collection, it’s one that millions of aging Americans will relate to. Listen. . . . If we’re all headed to the old folks home, we couldn’t have a better guide than Nora Ephron.”
—Craig Wilson, USA Today

“The seduction of Nora Ephron’s writing is that after reading a couple of paragraphs you think you can do it, too. Her writing is so straightforward, so honest, so direct that gee, it shouldn’t be hard to make sentences like that. So you try, and then you realize that not only do your sentences sag in the middle and end in semi-colons; you realize that you don’t live in New York, haven’t gone to endless dinner parties, are not a fabulous cook, have never directed a film, written a play or novel, or actually anything . . . It’s not just that she gives us permission to eat butter and say unkind things about our parents . . . It’s that she is so clear-eyed, so free of vitriol and sarcasm and artifice that we believe everything she says. . . . ‘The D Word,’ her reflection on divorce, ought to be tacked up on the wall of every divorce court in the world, and the judge should say, before reaching a decision, ‘Read this.’ It is a powerful section [and] heartbreaking . . . She [also] writes about her own shortcomings, about betrayals by people she admired and most movingly, about the death of her best friend. If a theme runs beneath the wit and cleverness of I Remember Nothing, it is about the difficulty of coming to terms with one’s mortality. . . . At the end she writes a list of things she will miss . . . What I will miss is not being around for all the books Nora Ephron is going to write.”
—Jane Juska, San Francisco Chronicle

“I Remember Nothing reads like a swan song . . . But here’s hoping that Ephron, who will turn 70 next year, has at least a few more terrific books and movies in her.”
—David Kamp, Vanity Fair

“I Remember Nothing: Fortunately that’s not quite true. In these essays, Nora Ephron covers her divorce, her early years in journalism, her obsession with online Scrabble and her mother’s alcoholism. She does forget what happened when she met Eleanor Roosevelt. But she remembers plenty.”
—Time

“[I Remember Nothing has] the rare combination of youth and wisdom. . . . Ephron’s skill as a personal essayist resides in her finesse. She locates a kernel of universality . . . She’s practicing the social criticism she’s so good at.”
—Wesley Morris, Boston Sunday Globe

“Tantalizingly fresh and forthright . . . Essays about her mother’s alcoholism and Ephron’s sense of betrayal by the writer Lillian Hellman cover previously uncharted territory and are also among the most thoughtful parts of the book. . . . She’s self-effacing and brilliant. I use lines of hers all the time. . . . She’s like Benjamin Franklin or Shakespeare: her words are now part of the fabric of the English language.”
—Alex Kuczynski, The New York Times Book Review

“The piece titled ‘Journalism: A Love Story’ is a wonderfully evocative portrait of a certain time—the ’60s and ’70s—in New York print journalism . . . [In] the piece titled ‘Pentimento,’ . . . Ephron precisely captures how dangerous admiration can be to both parties. . . . Ephron’s voice helped launch a whole new way of writing, and I still love to hear it.”
—Mary McNamara, Los Angeles Times Book Review

“Introspective . . . Rich with self-deprecating humor at its finest . . . Known for her casual humor and her realistic spin on the world, Ephron writes in an engaging manner, so much so that you can almost hear her laughing as she pounds away at the keyboard. . . . She’s never been more real in this collection—a full pleasure to read.”
—Helen Gallagher, New York Journal of Books

“Inviting . . . Companionable . . . The best essay in I Remember Nothing . . . is an article about Ms. Ephron’s first, excited glimpses of journalism as a profession, and it is fittingly called ‘Journalism: A Love Story.’ Here she writes about rising from a lowly ‘mail girl’ at Newsweek in 1962 to a more elite ‘researcher,’ the person charged with filling in the ‘tk’ . . . The newspaper strike that began in late 1962 propelled Ms. Ephron into parodying a New York Post column. . . . A well-loved, much-mimicked, wonderfully tk writer was born. . . . ‘The Six Stages of E-mail’ is a very funny guide to the novelty of e-mail. . . . Ephron retains her magnetic hold on a reader’s attention . . . She can write an entertaining riff about practically anything or everybody.”
—Janet Maslin, The New York Times

“Reading these succinct, razor-sharp essays by veteran humorist, novelist, and screenwriter-director Ephron is to be reminded that she cut her teeth as a New York Post writer in the 1960s, as she recounts in ‘Journalism: A Love Story.’ Forthright, frequently wickedly backhanded, these essays cover the gamut of later-life observations, [like] the dourly hilarious title essay about losing her memory, which asserts that her ubiquitous senior moment has now become the requisite Google moment . . . Shorts such as the several ‘I Just Want to Say’ pieces feature Ephron’s trademark prickly contrariness . . . Other essays delve into memories of fascinating people that she knew . . . Most winning, however, are her priceless reflections on her early life . . . There’s an elegiac quality to many of these pieces, handled with wit and tenderness.”
—Publishers Weekly

“The legions of readers who loved I Feel Bad About My Neck will pounce on Ephron’s pithy new collection. A master of the jujitsu essay, Ephron leaves us breathless with rueful laughter. As the title suggests, she writes about the weird vagaries of memory as we age . . . But the truth is, Ephron remembers a lot. Take her stinging reminiscence of her entry into journalism at Newsweek in the early 1960s, when ‘girls,’ no matter how well qualified, were never considered for reporter positions. . . . Whether she takes on bizarre hair problems, culinary disasters, an addiction to online Scrabble, the persistent pain of a divorce, or that mean old devil, age, Ephron is candid, self-deprecating, laser-smart, and hilarious.”
—Donna Seaman, Booklist
Read More 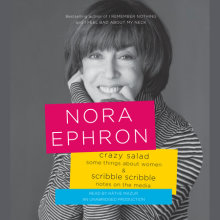 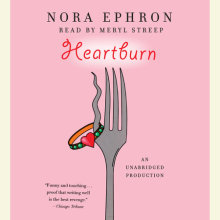 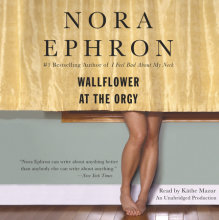 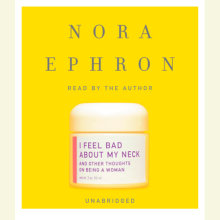