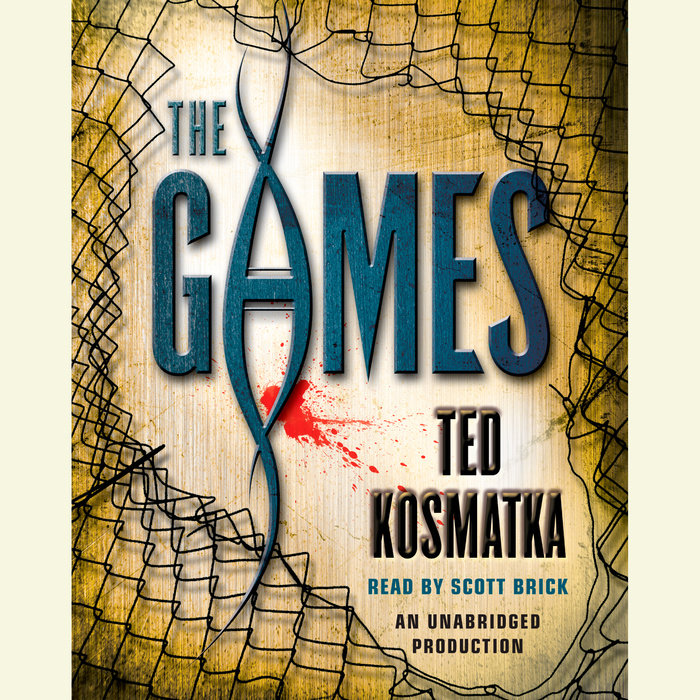 Set in an amoral future where genetically engineered monstrosities fight each other to the death in an Olympic event, The Games envisions a harrowing world that may arrive sooner than you think.

Silas Williams is the brilliant geneticist in charge of preparing the U.S. entry into the Olympic Gladiator competition, an internationally sanctioned bloodsport with only one rule: no human DNA is permitted in the design of the entrants. Silas lives and breathes genetics; his designs have led the United States to the gold in every previous event. But the other countries are catching up. Now, desperate for an edge in the upcoming Games, Silas’s boss engages an experimental supercomputer to design the genetic code for a gladiator that cannot be beaten.

The result is a highly specialized killing machine, its genome never before seen on earth. Not even Silas, with all his genius and experience, can understand the horror he had a hand in making. And no one, he fears, can anticipate the consequences of entrusting the act of creation to a computer’s cold logic.

Now Silas races to understand what the computer has wrought, aided by a beautiful xenobiologist, Vidonia João. Yet as the fast-growing gladiator demonstrates preternatural strength, speed, and—most disquietingly—intelligence, Silas and Vidonia find their scientific curiosity giving way to a most unexpected emotion: sheer terror.

Praise for The Games

“Blends the best of Crichton and Koontz.”—Publishers Weekly (starred review)

“Outstanding . . . very like something Michael Crichton might have written . . . [a] bold mix of horror and SF . . . Expect big things from [Ted] Kosmatka.”—Booklist (starred review)

“Kosmatka successfully captures the thrill of groundbreaking technology. . . . The pleasure of his polished, action-packed storytelling is deepened by strong character development. This near-future SF thriller . . . seems destined for the big screen.”—Library Journal (starred review)
Read More
“Exacting science and meticulous attention to detail provide the backbone for this thriller, which blends the best of Crichton and Koontz.”—Publishers Weekly (starred review)

“Very like something Michael Crichton might have written . . . An outstanding debut novel; expect big things from Kosmatka.”—Booklist (starred review)

“”Kosmatka successfully captures the thrill of groundbreaking technology characteristic of Michael Crichton’s technothrillers. . .The pleasure of his polished, action-packed storytelling is deepened by strong character development. This near-future sf thriller will capture the imagination of 'unstoppable monster' lovers and fans of disaster fiction alike and seems destined for the big screen.”—Library Journal (starred review)

“Kosmatka’s debut novel is a . . . technological thriller that revs up like a racecar with a dose of bad attitude and steadily creeping horror. . . . [Readers] who enjoy the karmic boomerang of authors like Michael Crichton or Preston and Child should eat this up.”—School Library Journal (starred review)

“I stayed up very late just to finish this, and The Games certainly lives up to its buzz. . . .The Games is a sci-fi/thriller with unexpected depth and humanity, and a few twists that I didn’t see coming. Very highly recommended!”—My Bookish Ways

“Modern SF started with something like E. E. Smith’s The Skylark of Space and progressed to Jack Williamson’s The Legion of Space, then to Heinlein’s classics, and on through the work of Larry Niven, John Varley, Greg Egan, Charles Stross, Cory Doctorow—and now, writers like Ted Kosmatka.”—Jonathan Strahan
Read More