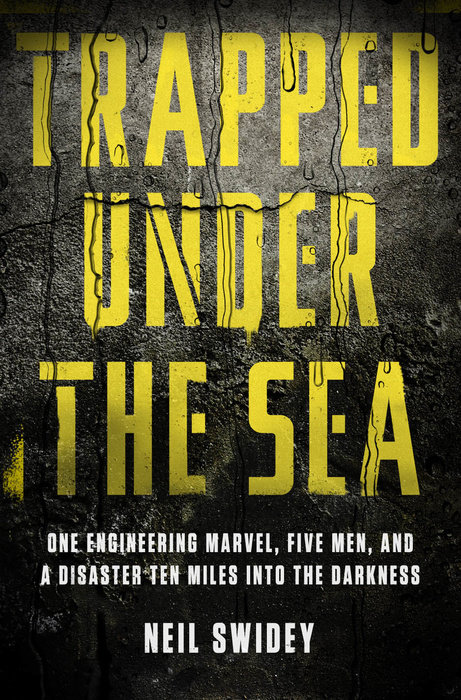 The harrowing story of five men who were sent into a dark, airless, miles-long tunnel, hundreds of feet below the ocean, to do a nearly impossible job—with deadly results

A quarter-century ago, Boston had the dirtiest harbor in America. The city had been dumping sewage into it for generations, coating the seafloor with a layer of “black mayonnaise.” Fisheries collapsed, wildlife fled, and locals referred to floating tampon applicators as “beach whistles.”

In the 1990s, work began on a state-of-the-art treatment plant and a 10-mile-long tunnel—its endpoint stretching farther from civilization than the earth’s deepest ocean trench—to carry waste out of the harbor. With this impressive feat of engineering, Boston was poised to show the country how to rebound from environmental ruin. But when bad decisions and clashing corporations endangered the project, a team of commercial divers was sent on a perilous mission to rescue the stymied cleanup effort. Five divers went in; not all of them came out alive.

Drawing on hundreds of interviews and thousands of documents collected over five years of reporting, award-winning writer Neil Swidey takes us deep into the lives of the divers, engineers, politicians, lawyers, and investigators involved in the tragedy and its aftermath, creating a taut, action-packed narrative. The climax comes just after the hard-partying DJ Gillis and his friend Billy Juse trade assignments as they head into the tunnel, sentencing one of them to death.

An intimate portrait of the wreckage left in the wake of lives lost, the book—which Dennis Lehane calls "extraordinary" and compares with The Perfect Storm—is also a morality tale. What is the true cost of these large-scale construction projects, as designers and builders, emboldened by new technology and pressured to address a growing population’s rapacious needs, push the limits of the possible? This is a story about human risk—how it is calculated, discounted, and transferred—and the institutional failures that can lead to catastrophe.

Suspenseful yet humane, Trapped Under the Sea reminds us that behind every bridge, tower, and tunnel—behind the infrastructure that makes modern life possible—lies unsung bravery and extraordinary sacrifice.
Read More
A 2014 Booklist Editor's Choice
#1 Boston Globe bestseller
A NEIBA bestseller

"While corporate boardrooms are the usual point of entry for dramas involving big money and technological hubris, Swidey, a journalist and author, works instead from the bottom up in his impressively reported account...His is a skillful examination into the basic fragility of such huge infrastructural projects and a lesson in how worker fatalities result not so much from single catastrophic mistakes as from ‘a series of small, bad decisions made by many individuals.'"
—New York Times Book Review

"A harrowing account of one of the largest engineering projects in U.S. history and of the hubris and ignorance that led to tragedy…A cautionary tale, which Mr. Swidey writes with splendid heart."
—Wall Street Journal

"Intense…A Perfect Storm of public works: the great, awful narrative about the building of a ten-mile tunnel that ends in a very dark place beneath the Atlantic. Maybe not for claustrophobes; definitely for everyone else."
—New York

"Dramatic...Through his meticulous reporting, Swidey sheds light on how the largest monuments to our collective genius are also the most likely to be seriously flawed. Audacious, brilliant, imaginative construction projects are really, really hard to build—and ultimately they’re built not by the dreamers who conceived them, but by the sandhogs and divers sent deep into the earth."
—Chris Jones, Esquire

"A harrowing account of how commercial divers risk their lives to improve ours. After reading Neil Swidey’s engrossing Trapped Under the Sea, you will never look at a bridge or tunnel in the same way."
—Men's Journal

"[Trapped Under the Sea] transcends narrow geography in many ways: as exemplary investigative reporting, as superb narrative writing, as a cautionary tale of capitalistic greed, as a case study of how government agencies can protect or harm, and as a rare glimpse into the scary world of underwater dive crews....[Swidey] masterfully portrays the lives of the five divers, their loved ones, their work colleagues and their supervisors. It is a rare book that portrays blue-collar skilled laborers so thoroughly and compellingly."
—Steve Weinberg, Dallas Morning News

"Perhaps Swidey’s greatest accomplishment is how through it all — the bravery, the bungling, and the loss — he manages to attain a level of suspense akin to that accomplished by Sebastian Junger in The Perfect Storm...[A] masterfully crafted saga."
—Boston Globe

"Captivating... Swidey brands the disaster with a human face by introducing the men to the reader and extracting lessons learned through a careful examination that he passes along in a narrative nonfiction piece that would no doubt make his glorious predecessors in the investigative magazine genre of the early 20th century proud."
—Fort Worth Star-Telegram

"Neil Swidey's detail-rich account of this unlikely disaster is a stirring tribute to the men, how they lived, and how they died."
—Mother Jones

"Neil Swidey’s Trapped Under the Sea combines rich characters with a thrilling and tragic story that offers something for readers of all stripes...At once tragic and ironic, insightful and enraging."
—The Blaze

"A gripping (and true) tale … told in a you-are-there narrative style that recalls Jon Krakauer’s Into Thin Air."
—Civil Engineering

"Trapped Under the Sea is extraordinary. It bears comparison with The Perfect Storm in its brilliant evocation of everyday, working class men thrust into a harrowing, at times heroic confrontation with death and disaster."
—Dennis Lehane, author of Live By Night and Shutter Island

"This book will take you on a journey into a fascinating but little-known world—it’s the anatomy of a tragedy, a dramatic tale with a cast of vividly drawn characters, superbly written and researched."
—Jonathan Harr, author of A Civil Action and The Lost Painting

"Trapped Under the Sea is a heartbreaking tale of real-life bravery, real-life bungling, and real-life tragedy. Neil Swidey is a terrific storyteller."
—Elizabeth Kolbert, author of Field Notes from a Catastrophe and The Sixth Extinction

"Thrilling and beautifully told, Trapped Under the Sea delivers us into a dangerous and mysterious world, a place that speaks to our darkest fears and where heroes work, as Swidey so masterfully shows us, just beneath the surface of our everyday lives."
—Robert Kurson, author of Shadow Divers

"A fascinating, sympathetic, and suspenseful look at a doomed, high-risk engineering job, the working class men who dared to undertake it, and its ripple effect on the survivors. Claustrophobic and compelling."
—Chuck Hogan, author of Devils in Exile and The Town

"A marvel of masterful reporting and suspenseful writing. Neil Swidey has delivered a gripping, action-filled account of the human costs deep inside a feat of modern engineering. He has a remarkable knack for bringing to life indelible characters and making readers hold our breath as these brave men enter the claustrophobic world of their undersea lives."
—Mitchell Zuckoff, author of Frozen in Time and Lost in Shangri-La

"Trapped Under the Sea offers vital insights into how organizations work—or fail to work—and how very smart people can make very bad decisions. Neil Swidey’s riveting account of the Deer Island disaster should be essential reading for anyone in a position of leadership. I couldn’t put it down."
—Amy Edmondson, Harvard Business School Novartis Professor of Leadership and Management and author of Teaming

"A masterfully reported, grippingly written, and moving case study of how the emotional way we assess risk can lead to deadly mistakes. Nearly everyone in this sad story, driven by their own unique motivations, misjudged a deadly danger that was staring them in the face, and the results were tragic. There are lessons here, for all of us."
—David Ropeik, author of Risk!

"With the pacing and feel of a special-ops adventure and the insight of a public-policy investigation, Swidey details the lives of the divers, leading up to their fateful mission, the horrors of the ordeal, and its aftermath as the survivors coped with trauma and guilt."
—Booklist, starred review

"A story of infrastructure told on a human scale and a trenchant reminder that the modern metropolis comes with high risks and savage costs."
–Kirkus Reviews
Read More 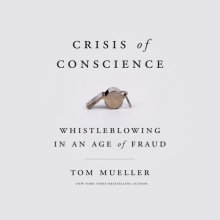 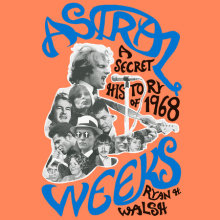 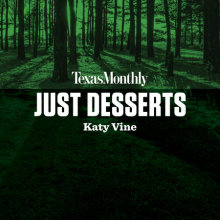