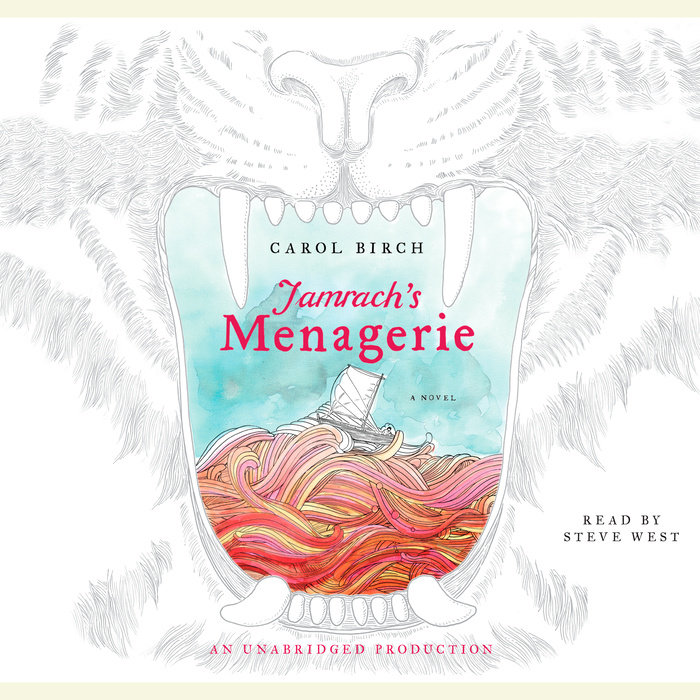 
SHORTLISTED for the 2011 Man Booker Prize for Fiction

A thrilling and powerful novel about a young boy lured to sea by the promise of adventure and reward, with echoes of Great Expectations, Moby-Dick, and The Voyage of the Narwhal.

Mr. Jamrach recruits the two boys to capture a fabled dragon during the course of a three-year whaling expedi­tion. Onboard, Jaffy and Tim enjoy the rough brotherhood of sailors and the brutal art of whale hunting. They even succeed in catching the reptilian beast.

But when the ship’s whaling venture falls short of expecta­tions, the crew begins to regard the dragon—seething with feral power in its cage—as bad luck, a feeling that is cruelly reinforced when a violent storm sinks the ship.

Drifting across an increasingly hallucinatory ocean, the sur­vivors, including Jaffy and Tim, are forced to confront their own place in the animal kingdom. Masterfully told, wildly atmospheric, and thundering with tension, Jamrach’s Mena­gerie is a truly haunting novel about friendship, sacrifice, and survival.
Read More

SHORTLISTED for the 2011 Man Booker Prize for Fiction


"One of the best stories I’ve ever read; an extraordinarily good and completely original book."
--A. S. Byatt, author of The Children's Book in a BBC Interview


"Beautifully written....Birch has created an electric and cluttered cabinet of curiosities, sprinkled with keenly heard jangles of singsongy dialogue.....as the novel takes off on a three-cord braid of adventure story, survival drama and coming-of-age tale.....the spirit is that of a high-seas adventure novel, a Victorian book for boys...[before] Birch begins to turn down the lights. Now we get a survival story as the crew is lost at sea. This is the novel's strongest section....hallucinatory haze....function [s] as a brilliant device.....Probably the most interesting element of this novel is not its horrors, but its colorful milieu, the late-19th-century interest in naturalism....And in Jaffy, Birch has captured a boyish wonder in nature....As phantasmagoric as the mood of this novel gets, there is nothing in it that steps outside the bounds of reality, for it knows the real world is fantastic enough."
--The New York Times Book Review

“Melville meets Dickens....Jamrach’s Menagerie is a moving, fantastically exciting sea tale that takes you back to those great 19th-century stories that first convinced you 'there is no frigate like a book'....One of the magical qualities of Birch’s story is that it gives that sense of Dickensian sprawl and scope even though it’s spun in fewer than 300 pages.....Another wonder of this novel is sweet Jaffy’s dynamic voice, which evolves from the wide-eyed enthusiasms of boyhood to the weary melancholy of middle age. In the early pages, everything comes to us teeming with the lush sensory overload of his 8-year-old mind, a riot of impressions and fresh metaphors.....But it’s the novel’s long second part that will keep you up late and make you feel distracted whenever you have to set it down and leave Jaffy’s world behind.....Although Moby-Dick and Jamrach’s Menagerie are very different novels, Birch holds her own with breathtaking descriptions of the harpooners in action, the gory rendering of the world’s largest mammals and timber-splitting storms that crash down on the ship like giant ax blades. Even her monitor lizard seems capable of carrying the mantle of that deadly white whale. After all, a whale makes a great canvas on which Melville can project all his philosophical and theological concerns, but for bloodcurdling mayhem, nothing beats a riled-up Komodo ­dragon....While Melville wraps up his epic a few paragraphs after Moby-Dick’s fatal strike, Birch pursues her tenderhearted hero into the madness that lies beyond mere survival. It’s a harrowing voyage that subjects the young man — and us — to ghastly deprivations and unimaginable choices, “stuck between a mad God and merciless nature.” For a new salty adventure across the watery part of the world, you won’t find a better passage than Jamrach’s Menagerie."
--The Washington Post

"Vivid, gorgeous writing and the most curious literary voyage since Pi Patel found himself on a lifeboat with a tiger in Life of Pi."
--The Seattle Times

"[An] almost unbearably suspenseful story of adventure and survival....as the story advances, a powerfully pervasive sense of melancholy takes hold of the reader, much as the tiger did young Jaffy, and one wonders if it will ever let go. Though Mr. Jamrach is based on a real historical figure, and Jaffy's voyage on that of the ill-fated whaler Essex, the story is entirely Birch's, and her principal characters are her own wonderful invention. She is, moreover, a brilliant stylist; reader her is like Christmas, every word being a gift to the reader. Though Birch is an established writer in England, this is her first novel to be published in the U.S. One fervently hopes it will not be the last."--Booklist, starred review

"Powerful....Harrowing is a mild word to describe the sea voyage that follows."--New Jersey Star-Ledger

"A magical, literary novel puts a surreal spin on a coming-of-age seafaring saga....retains a sense of childlike wonder in its lyrical prose....Jaffy's experience could well move the reader as profoundly as it changed the narrator"--Kirkus, starred review

“This wracking maritime psychodrama follows a young boy from his humble beginnings as a child laborer in late 19th-century London to the South Pacific, finding bits of whimsy and beauty in a chaotic story…..Birch's writing is assured and enticing, and she's especially talented at creating floating, still moments amid the action”—Publishers Weekly


"Transcendently researched, unsparing and hypnotic, Jamrach's Menagerie takes us to the edge of endurance where it becomes impossible to distinguish the captor from the captive.  Carol Birch's urgent and wise story goes far beyond any whaling expedition, plumbing the depths of how we create our own humanity.  It is a thrill to welcome this remarkable novelist to a larger American audience."
--Sheri Holman, author of The Dress Lodger

"Jamrach’s Menagerie just gets better and better as it builds toward a powerful, unforgettable crescendo.....Birch is a masterful stylist. Her language is lively, bright and often surprising."
--The Montreal Gazette

“[T]here are enough strange sights, pervasive smells and sounds and curious characters to keep most novelists – and readers – going strong for three times the number of pages that there are here….. a rather subtler story of the hazy line between camaraderie and rivalry and of the bonds both forged and broken in extreme adversity…..Birch does more than simply recreate history…..she conjures something far stranger and less immediately graspable than a straightforward recitation of facts would allow. Jaffy's journey is suffused with yearning – to find his place in the fluid but implacable hierarchy of the seamen, to understand the mysteries of the sea and its creatures and of the unknown and unknowable places that he witnesses…. rendered with exceptional control, elucidating the see-sawing bond between Jaffy and Tim and the gradual disintegration of the sailors' bodies and minds…..Birch has spun us a captivating yarn of high seas and even higher drama.”—The Guardian

‘An imaginative tour-de-force, encompassing the sights and smells of 19th-century London and the wild sea…. It’s gripping, superbly written and a delight”—The Times

“Riveting . . . Birch is masterful at evoking period and place . . . Jamrach’s Menagerie is itself a teeming exhibition of the beautiful and the bizarre, and its serious ideas about the relationship between mankind and the natural world are communicated with such delicacy of touch that they never slow down the propulsive telling of the story or dim the brilliance of the prose.’ Sunday Times

“An exuberant tale of sea-faring, exotic fauna and drunken shore leave…..Her prose has an irresistible vigour…her words sing on the page……Jamrach’s Menagerie puts its characters through the mangler and invites us to inspect the damage – and perhaps to consider that ultimately such experiences are about nothing but the acquisition of scars. The novel is a vehicle for the delivery of somatic shocks to the reader’s brain….Birch’s book also burns.”—The Financial Times


“A stirring Victorian-era tale so exquisitely written that your eye will year to linger over each sumptuous sentence even as your fingers scramble at the paper's edge to reveal what happens next. Everything you could want in a rousing adventure is here….culminates in a satisfyingly redemptive ending….Birch's description of the whale kill rivals any of Melville's, except in this case there's an added dose of humanity, making for a harrowing, heartbreaking passage. The visceral horror of killing another living being is depicted with piercing sadness….with my heart pounding hard and fast, I abandoned all thoughts of bedtime and kept turning pages until I'd finished the novel in one whale-sized gulp……Such is the power of Birch's writing that in common with her sailors, I felt a thirst no amount of water could slake. I felt salt-crusted and festering. I felt the mingled sadness and relief, as one man's death allowed another to live. Jamrach's Menagerie is a remarkable achievement, full of poetry and poignancy, adrenalin and anguish. I hope Birch finds the wide audience she deserves. I know I'll be spreading the word.” –The Scotsman

“[H]er salty historical adventure set on the perilous ocean….[is] potentially a career-defining book…..visceral and primal….and though this is very much an adventure story, the writing is thoughtful and elevating as well as effortlessly readable…..Birch transfers that passion for history to the page…[in] vivid style.”—The National

“Carol Birch may have her moment this year with Jamrach's Menagerie, a vividly written tall tale of 19th-century adventure which takes its young hero from the banks of the Thames to the South Seas – in search of a dragon”—The Guardian


"Birch is consistent in surprise - in her inventive language and her characters' idiosyncrasies....Birch's lyrical powers are at their height....the end was impossible to read without a lump in the throat the size of the hardtack"--The Sydney Morning Herald


"Carol Birch’s Jamrach’s Menagerie just gets better and better as it builds toward a powerful, unforgettable crescendo....Birch is a masterful stylist. Her language is lively, bright and often surprising."--Montreal Gazette


"In Jamrach's Menagerie, Carol Birch quickly sucks you into a world of the senses, from the filthy streets of Victorian London to the rolling hills of the South Seas.  Jaffy Brown, the gifted narrator at the center of this mythic tale, rivals David Copperfield and Ishmael of Moby-Dick with his gift for storytelling.  His ‘rare old time’ becomes, in due course, a fable of friendship, and a tribute to human survival.  What a beautifully written and engaging novel!"
—Jay Parini, author of The Passages of H.M. and The Last Station

"Never mind not being able to put it down—there is a 100-page section in Jamrach's Menagerie in which you will not be able to breathe. Rarely have I read a book that so deftly marries high literary value with unbearable suspense."
—Robert Hough, author of The Final Confession of Mabel Stark, The Stowaway and The Culprits
Previous Praise 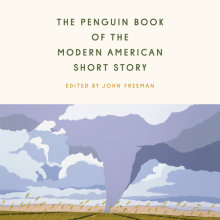