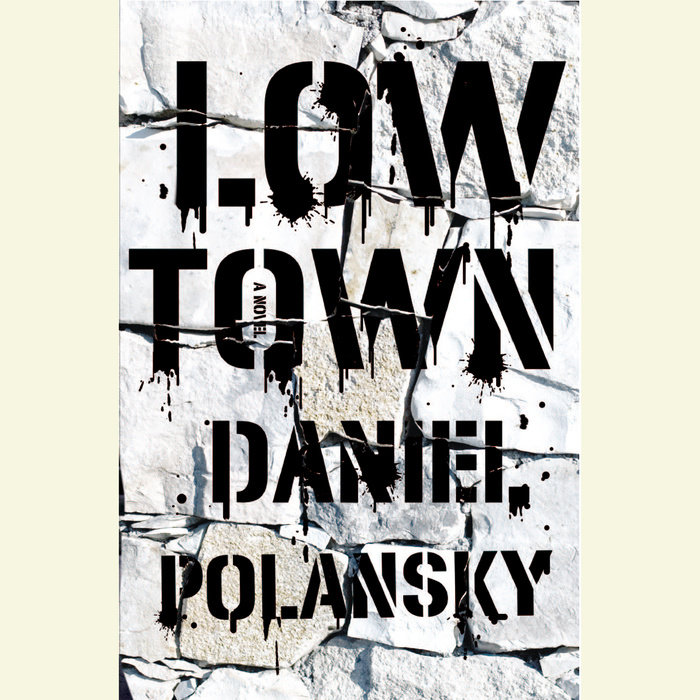 In the forgotten back alleys and flophouses that lie in the shadows of Rigus, the finest city of the Thirteen Lands, you will find Low Town. It is an ugly place, and its cham­pion is an ugly man. Disgraced intelligence agent. Forgotten war hero. Independent drug dealer. After a fall from grace five years ago, a man known as the Warden leads a life of crime, addicted to cheap violence and expensive drugs. Every day is a constant hustle to find new customers and protect his turf from low-life competition like Tancred the Harelip and Ling Chi, the enigmatic crime lord of the heathens.

The Warden’s life of drugged iniquity is shaken by his dis­covery of a murdered child down a dead-end street . . . set­ting him on a collision course with the life he left behind. As a former agent with Black House—the secret police—he knows better than anyone that murder in Low Town is an everyday thing, the kind of crime that doesn’t get investi­gated. To protect his home, he will take part in a dangerous game of deception between underworld bosses and the psy­chotic head of Black House, but the truth is far darker than he imagines. In Low Town, no one can be trusted.

Daniel Polansky has crafted a thrilling novel steeped in noir sensibilities and relentless action, and set in an original world of stunning imagination, leading to a gut-wrenching, unforeseeable conclusion. Low Town is an attention-grabbing debut that will leave readers riveted . . . and hun­gry for more.
Read More
“For a first-time author, Polansky has managed to craft an assured, roaring, and rollicking hybrid, a cross-genre free-for-all that relishes its tropes while spitting out their bones. And he does it all while spinning one hell of a gripping mystery. Much like its grim, perversely charismatic antihero, Low Town stakes a narrow turf—then completely owns every inch of it.” The A.V. Club (The Onion)

“Low Town is a strong, confident debut that should go down well with readers who enjoy their fantasy on the noir side. It’s a novel you can enjoy for its atmosphere as well as its story, full as it is of well-drawn scenes from the city’s underbelly.…Low Town delivers a fast, entertaining story in less pages than it takes some major epics to get out of the realm of basic exposition. I had a blast with Low Town, and I’m definitely keeping an eye out for whatever Daniel Polansky comes up with next.”--Tor.com

“If you like noir and hard-boiled mysteries, you might want to give Low Town a chance. You’ll definitely find it darkly rewarding.” New York Journal of Books

"Polansky hits all the right notes in his intelligent first novel, a blend of dystopian fantasy and hard-boiled crime....Sharp, noir-tinged dialogue and astute insights into class struggle mark Polansky as a writer with a future." -- Publishers Weekly

"A strong debut novel with a hero who doesn’t waste time worrying about the moral implications of cutting someone’s throat." -- Kirkus

"Polansky's writing is confident and punchy from the offset. The action rips along at a brilliant pace allowing us to experience this gritty world through the eyes of a thrilling, dangerous, flawed, yet strangely endearing protagonist. This is modern, dark fantasy at its best and a debut to be envied." -- British Fantasy Society

"Quite brilliant...[Low Town] is as good a debut as I've read in along time. [It] has it all - and as the name suggests, it is sharp, steely and viciously bloody. Highly recommended." --John Berlyne, SF Revu
Read More