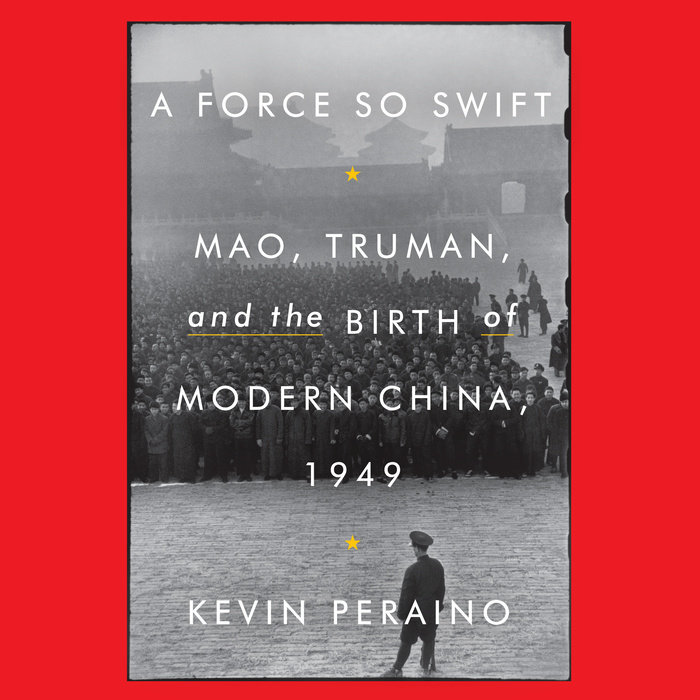 A gripping narrative of the Truman Administration's response to the fall of Nationalist China and the triumph of Mao Zedong's Communist forces in 1949--an extraordinary political revolution that continues to shape East Asian politics to this day.

In the opening months of 1949, U.S. President Harry S. Truman found himself faced with a looming diplomatic catastrophe--"perhaps the greatest that this country has ever suffered," as the journalist Walter Lippmann put it. Throughout the spring and summer, Mao Zedong's Communist armies fanned out across mainland China, annihilating the rival troops of America's one-time ally Chiang Kai-shek and taking control of Beijing, Shanghai, and other major cities. As Truman and his aides--including his shrewd, ruthless secretary of state, Dean Acheson--scrambled to formulate a response, they were forced to contend not only with Mao, but also with unrelenting political enemies at home. Over the course of this tumultuous year, Mao would fashion a new revolutionary government in Beijing, laying the foundation for the creation of modern China, while Chiang Kai-shek would flee to the island sanctuary of Taiwan. These events transformed American foreign policy--leading, ultimately, to decades of friction with Communist China, a long-standing U.S. commitment to Taiwan, and the subsequent wars in Korea and Vietnam.

Drawing on Chinese and Russian sources, as well as recently declassified CIA documents, Kevin Peraino tells the story of this remarkable year through the eyes of the key players, including Mao Zedong, President Truman, Secretary of State Acheson, Minnesota congressman Walter Judd, and Madame Chiang Kai-shek, the influential first lady of the Republic of China.

Today, the legacy of 1949 is more relevant than ever to the relationships between China, the United States, and the rest of the world, as Beijing asserts its claims in the South China Sea and tensions endure between Taiwan and the mainland.
Read More
New York Times Book Review Editors' Choice • Winner of the 2018 Truman Book Award

“Peraino’s absorbing study of the pivotal year in Chinese-American relations — when Mao Zedong’s Chinese Communist Party came to power — shows how decisions made then have continued to affect relations between the two countries up to the present day.”
–The New York Times Book Review

"The intimate, blow-by-blow reconstruction of the story offers a vivid sense of what it must have been like for American policy makers as they grappled...with the rapidly deteriorating situation in China....Capture[s] a critical moment in the founding of what is today the most important bilateral relationship in the world."
-The Wall Street Journal

“A stellar history ... [that] belongs on the shelf of anyone interested in China and Taiwan.”
-The National Interest

"China is likely to be the most significant force in the global life of the 21st century, a prospect that makes Kevin Peraino's lucid and compelling new book all the more relevant. By reconstructing the Truman reaction to the fall of Nationalist China and the rise of Mao, Peraino takes us back to the beginning of the journey. This book is excellent history that informs the headlines of today."
-Jon Meacham, Pulitzer Prize-winning author of Destiny and Power

"Kevin Peraino has written a compelling narrative about the dramatic events of 1949, when Mao's armies defeated Chiang Kai-shek and Truman had to decide what to do about it. In this well-researched and well-crafted book, he tells us about Mao's calculations and about the arguments in Washington--events that would determine U.S. policy in Asia for the next thirty years."
-Frances FitzGerald, Pulitzer Prize-winning author of Fire in the Lake

"Just now, when Americans are again trying to make sense of China, a new look at the postwar roots of U.S.-Chinese relations could not be more timely.  And a riveting look this is, filled with charismatic individuals, dramatic moments and fraught decisions that still shape our world today."
-H.W. Brands, author of The General vs. the President

"As China looms ever larger as America's global rival, it is hard to remember--or even imagine--a time when America was said to have "lost" China. The time was 1949, and Kevin Peraino takes us there with vividness and immediacy, a sure hand and a clear eye. This is narrative history at its most compelling."
-Evan Thomas, author of Being Nixon

"Nineteen forty-nine was a transformative year in world affairs, and Kevin Peraino splendidly captures its significance and the larger-than-life personalities that made things happen. An important book, and a great read."
-George C. Herring, author of The American Century and Beyond