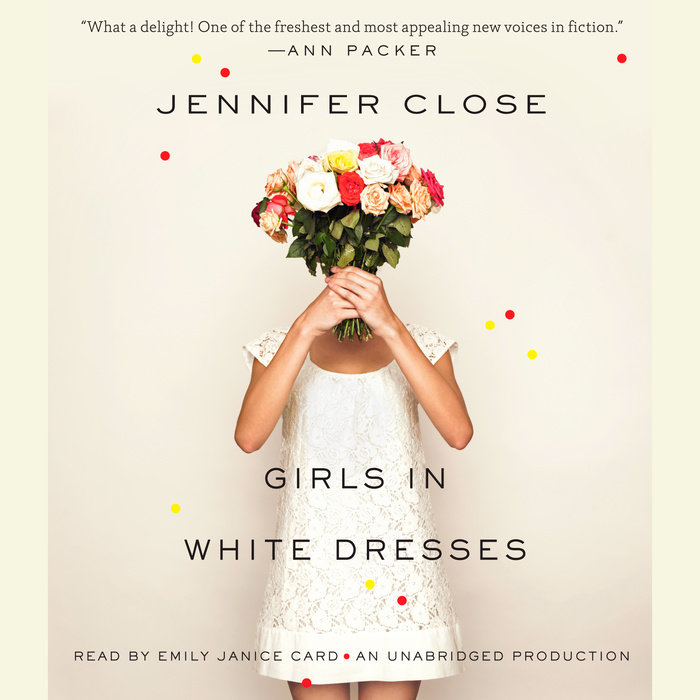 Isabella, Mary, and Lauren feel like everyone they know is getting married. On Sunday after Sunday, at bridal shower after bridal shower, they coo over toasters, collect ribbons and wrapping paper, eat minuscule sandwiches and doll-sized cakes. They wear pastel dresses and drink champagne by the case, but amid the celebration these women have their own lives to contend with: Isabella is working at a mailing-list company, dizzy with the mixed signals of a boss who claims she’s on a diet but has Isabella file all morning if she forgets to bring her a chocolate muffin. Mary thinks she might cry with happiness when she finally meets a nice guy who loves his mother, only to realize he’ll never love Mary quite as much. And Lauren, a waitress at a Midtown bar, swears up and down she won’t fall for the sleazy bartender—a promise that his dirty blond curls and perfect vodka sodas make hard to keep.

With a wry sense of humor, Jennifer Close brings us through those thrilling, bewildering, what-on-earth-am-I-going-to-do-with-my-life years of early adulthood. These are the years when everyone else seems to have a plan, a great job, and an appropriate boyfriend, while Isabella has a blind date with a gay man, Mary has a crush on her boss, and Lauren has a goldfish named Willard. Through boozy family holidays and disastrous ski vacations, relationships lost to politics and relationships found in pet stores, Girls in White Dresses pulls us deep inside the circle of these friends, perfectly capturing the wild frustrations and soaring joys of modern life.
Read More
“[Close’s characters] grumble good-naturedly through their friends’ weddings and the births of their babies, supporting one another as they stumble through the minefield of rotten jobs and disastrous romances, with the pluck and gimlet eye of Carrie Bradshaw’s younger, smarter sisters.” —Vanity Fair

“This debut will ring bells. Wedding bells. . . . An uncanny portrait emerges of a time in life marked by too many hangovers, bad dates and bridal showers—as well as an abundance of solid friendships.” —People

“One of the most buzzed-about reads of the summer. . . . Funny and often poignant; the tone of the book is reminiscent of Melissa Bank's popular 1999 novel The Girls' Guide to Hunting and Fishing. . . . The vignettes of White Dresses are intricate and often absurd, yet instantly relatable.” —Winnipeg Free Press

“Close’s witty voice . . .  charts the romantic shenanigans of a bevy of New York women in their 20s, before career success or Botoxed foreheads. Dating is a phenomenon to be analyzed in improvised group therapy over cocktails.” —The New York Times

“Follows three women and peripheral friends as they alternately flounder and flourish through their 20s. Weddings provide the backdrop as the women feel their way in and out of inert relationships and crappy jobs, trying to figure out who they want to be.” —The Washington Post

“It’s a pleasure to get to know the characters and be able to leave them behind, knowing they’ll keep muddling on toward some version of happiness.” —The Columbus Dispatch

“So many books aimed at 25- to 35-year-old women say they perfectly capture the angst and soaring joys of post-college life, but Girls in White Dresses truly does. Told in intersecting stories of a group of friends, Close is able to nail the complexity of the times—who to date, what job to take and what to wear to the endless weddings.” —Metro News (Toronto)

“[Close] turns her wry sense of humor toward the showers, dresses and expenses, instead of the actual ceremonies. . . . Reading each story feels like catching up with an old friend. . . . Although the majority of the stories are humorous, they are never mean-spirited, and the friendships Close portrays feel incredibly realistic.” —National Post

“Anyone who has seen The Sound of Music—that is, everyone—will likely recognize the title of Jennifer Close’s Girls in White Dresses as a certain Oscar Hammerstein lyric. But given the tone and tenor of this debut novel, it shouldn’t surprise that the reference isn’t particularly affectionate. . . . Close, who is 32, captures the extended post-collegiate ennui associated with her generation. . . . Quite endearing.” —Elysa Gardner, USA Today

“Close straddles the line between melancholy and breeziness as she chronicles the exploits of recent college grads trying to make it in New York City . . . Hints at something deeper and truer: not just the adventure of being young, but the unmooring of it, too.” —Leah Greenblatt, Entertainment Weekly

“You’ll relate, but mostly you’ll laugh as Close turns her sweet-tart wit on the dating and mating shenanigans of this tight-knit group of friends.” —Redbook

“With a light touch and utterly believable characters, Close’s . . . appealing debut manages to capture the humor, heartache and cautious optimism of her protagonists.” —Kirkus Reviews

“Is this just another fluffy piece of chick lit about 20-somethings finally finding love? Not with Close’s wry wit and deadpan delivery, which make this debut novel a treat to read. . . . An original confection with echoes of The Girls' Guide to Hunting and Fishing and a dollop of Sex and the City.” —Shelf Awareness

“Jennifer Close’s debut, Girls in White Dresses, follows a group of young women doing all the things they know they shouldn’t—falling for one’s boss, dating gay men—all while drinking far too many mimosas at other people’s weddings.” —Vogue.com

“Mixed in with the trials and tribulations of the protagonists are humorous vignettes from the lives of some of their other friends and acquaintances—many of whom are on their way to the altar or trying to find a way to get there. This series of linked short stories is reminiscent of Melissa Bank’s The Girls’ Guide to Hunting and Fishing. It is modern and funny, with original, wry observations. Close’s debut novel will appeal to both fans of contemporary women’s fiction with a hip vibe and readers who enjoy old-school chick lit.” —Library Journal (starred review)

“Funny. . . . These stories will resonate with readers in the throes of the quarter-life churn.” —Publishers Weekly


"What a delight! The young women in this hugely appealing book are charming, funny, rueful, poignant—just like their creator, in other words, one of the freshest and most appealing new voices in fiction. I can’t wait for more work from Jennifer Close." —Ann Packer, bestselling author of The Dive from Clausen’s Pier and Swim Back to Me

"Mixed in with the trials and tribulations of the protagonists are humorous vignettes from the lives of some of their other friends and acquaintances—many of whom are on their way to the altar or trying to find a way to get there. . . . Reminiscent of Melissa Bank’s The Girls’ Guide to Hunting and Fishing. It is modern and funny, with original, wry observations. Close’s debut novel will appeal to both fans of contemporary women’s fiction with a hip vibe and readers who enjoy old-school chick lit." —Library Journal (starred review)

"These Girls are smart, funny and extremely engaging. You will adore them and their poignant--and often hilarious--romantic yearnings." —Danielle Ganek, author of The Summer We Read Gatsby

"The only way to express my love for Girls in White Dresses by Jennifer Close is to tell you that this is the one book that I will be recommending over and over again to all of my friends. I laughed, I cried, I nodded knowingly as the characters waded their way through the hits and misses of their twenties and thirties. I can't remember the last time I loved a book as much as this one." —Allison Winn Scotch, New York Times bestselling author of The One That I Want and Time of My Life

"Girls In White Dresses is a dark, funny, intimate romp through boyfriends, first apartments, and great friendships--but beneath the surface lurks the jealousy, disappointment, and love that didn’t quite end up the way you thought it would. Jennifer Close's brilliant, deadpan humor made me laugh so hard my own roommate thought I was nuts." —Margot Berwin, author of Hothouse Flower

"If Elizabeth Bennet were post-collegiate, hungover, lovelorn and living on the Upper West Side, she would definitely be rooming with the Girls in White Dresses. This debut is hilarious, warm-hearted and wise, and I couldn't put it down." —Holly LeCraw, author of The Swimming Pool

"Girls in White Dresses is about a group of smart, funny, unapologetically grouchy, always-hungover female friends who kvetch their way through one another's weddings and showers, stare blearily at one another's offspring, sometimes barely tolerate one another's men, but nonetheless have one another's backs through thick and thin. Jennifer Close has written an unsentimental, frank novel about female friendship—its lifelong loyalties and unconditional love." —Kate Christensen, PEN/Faulkner Award-winning author of The Great Man and The Astral 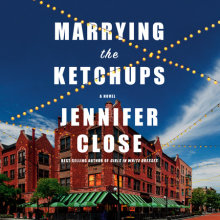 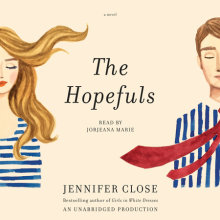 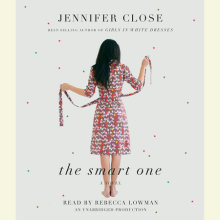