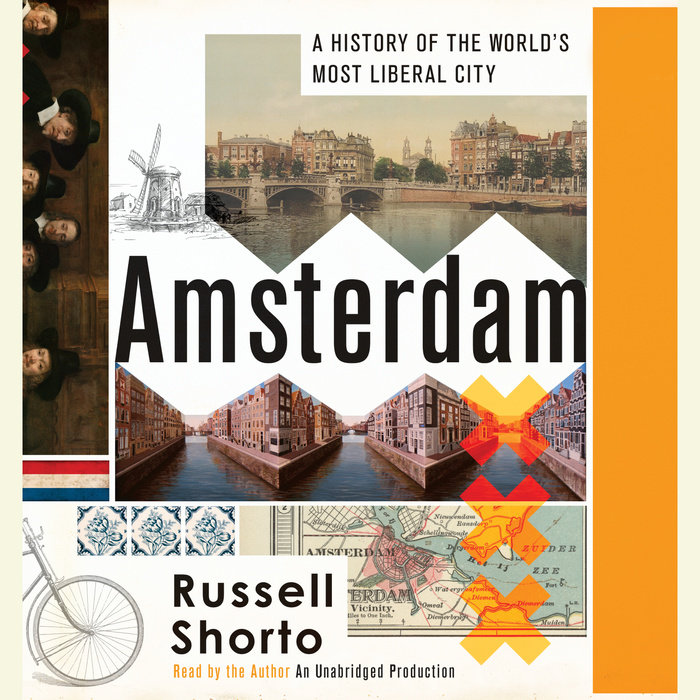 An endlessly entertaining portrait of the city of Amsterdam and the ideas that make it unique, by the author of the acclaimed Island at the Center of the World

But the deeper history of Amsterdam, what makes it one of the most fascinating places on earth, is bound up in its unique geography-the constant battle of its citizens to keep the sea at bay and the democratic philosophy that this enduring struggle fostered. Amsterdam is the font of liberalism, in both its senses. Tolerance for free thinking and free love make it a place where, in the words of one of its mayors, "craziness is a value." But the city also fostered the deeper meaning of liberalism, one that profoundly influenced America: political and economic freedom. Amsterdam was home not only to religious dissidents and radical thinkers but to the world's first great global corporation.

In this effortlessly erudite account, Russell Shorto traces the idiosyncratic evolution of Amsterdam, showing how such disparate elements as herring anatomy, naked Anabaptists parading through the streets, and an intimate gathering in a sixteenth-century wine-tasting room had a profound effect on Dutch-and world-history. Weaving in his own experiences of his adopted home, Shorto provides an ever-surprising, intellectually engaging story of Amsterdam from the building of its first canals in the 1300s, through its brutal struggle for independence, its golden age as a vast empire, to its complex present in which its cherished ideals of liberalism are under siege.
Read More
"Rich and eventful...[A] book that easily fuses large cultural trends with intimately personal stories."
--The New York Times

"Shorto conjures the anything-goes spirit of contemporary Amsterdam, with its pot-smoking and red-light districts, from the city's fascinating past as a major port city...Shorto's brilliant follow-up to his previous book on Dutch Manhattan (The Island at the Center of the World) is an expertly told history of a city of new, shocking freedoms and the tough-minded people that developed them."
--Publishers Weekly, starred review

"[An] engaging new history...it brims with the sights, smells and sounds of a nearly thousand-year-old bustling, mercantile city."
--Associated Press

"Shorto is a marvelous picture painter in words...And that makes Amsterdam a pleasure to savor on many levels."
--The Seattle Times

“The story of a great city that has shaped the soul of the world. Masterful reporting, vivid history—the past and present are equally alive in this book.”
—James Gleick, author of The Information: A History, A Theory, A Flood

"Shorto is an excellent storyteller and rootler of strange facts, and Amsterdam should be issued as standard kit for anyone visiting the city who is not entirely corroded by vice."
--The Guardian

“Amsterdam is a small place that casts a big shadow. As Russell Shorto shows in this smart, elegant book, culture and geography have conspired to thrust the city into the midst of our day's most important debates. How much individual freedom can we live with? What are the limits of acceptance? How can people from different parts of the world -- people with different beliefs, backgrounds and values -- coexist in our increasingly globalized cities? Not only is this a wonderfully readable account of the city that Shorto has come to call home, it is also a history of how the Dutch invented -- and sometimes failed to live up to -- today's concepts of liberty and tolerance.”
—Charles C. Mann, author of 1491 and 1493

"The dynamic historical account of a vibrantly complex European city and the legacy of social, political and economic liberalism it bequeathed to the Western world...Shorto's examination of Amsterdam's colorful history offers important insights into the promise and possibility of enlightened liberalism. Vigorous, erudite and eminently readable."
--Kirkus Reviews

“Most urban histories focus on bricks and mortar; not this one. Russell Shorto writes engagingly about how a city can engender ideas—order, tolerance, comfort, egalitarianism, entrepreneurship—and in turn be shaped by them. Amsterdam argues convincingly that Western liberalism has been greatly influenced by this small, modest, crazy-yet-conventional place.”
—Witold Rybczynski, author of How Architecture Works: A Humanist’s Toolkit

“An often brilliant, and always enjoyable, investigation of liberalism's Dutch roots.  Shorto is once again revealed as a passionate and persuasive historian of culture and ideas."
--Joseph O’Neill, author of Netherland

“Russell Shorto's luminous book is a riveting history of one of the world's most remarkable cities. It is also an entertaining history full of deftly drawn characters and intoxicating ideas which have made Amsterdam the birthplace of liberalism in its many and shifting incarnations.”
—Katrina vanden Heuvel, Editor & Publisher, The Nation

"This is a wonderful history of a great and fascinating city. Shorto is a gifted writer, and the rich and multi-layered story he tells of Amsterdam -- its rise as a mercantile power, its politics and culture, its famously tolerant ways, and the tensions generated by these over the centuries -- reveals much about contemporary American society as well, since many of our values and aspirations are an inheritance from this most liberal center of the Dutch Golden Age."
—Steven Nadler, William H. Hay II Professor of Philosophy and award-winning author of Rembrandt’s Jews and Spinoza: A Life
Read More 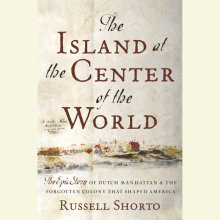