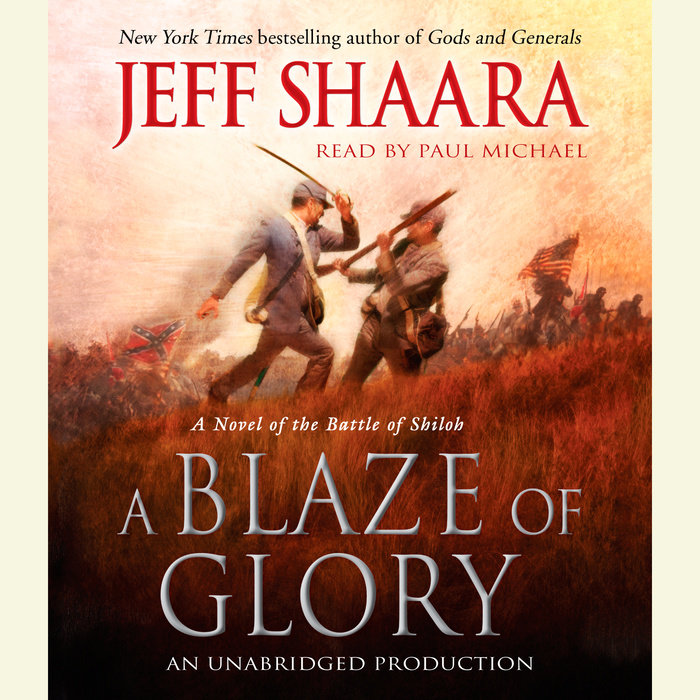 Written by: Jeff Shaara
Read by: Paul Michael
18 Hours and 23 Minutes Imprint: Random House Audio Genre: Fiction - Historical - General Release Date: May 29, 2012
In the first novel of a spellbinding new trilogy, New York Times bestselling author Jeff Shaara returns to the Civil War terrain he knows best. A Blaze of Glory takes us to the action-packed Western Theater for a vivid re-creation of one of the war’s bloodiest and most iconic engagements—the Battle of Shiloh.

It’s the spring of 1862. The Confederate Army in the West teeters on the brink of collapse following the catastrophic loss of Fort Donelson. Commanding general Albert Sidney Johnston is forced to pull up stakes, abandon the critical city of Nashville, and rally his troops in defense of the Memphis and Charleston Railroad. Hot on Johnston’s trail are two of the Union’s best generals: the relentless Ulysses Grant, fresh off his career-making victory at Fort Donelson, and Don Carlos Buell. If their combined forces can crush Johnston’s army and capture the railroad, the war in the West likely will be over. There’s just one problem: Johnston knows of the Union plans, and is poised to launch an audacious surprise attack on Grant’s encampment—a small settlement in southwestern Tennessee anchored by a humble church named Shiloh.

With stunning you-are-there immediacy, Shaara takes us inside the maelstrom of Shiloh as no novelist has before. Drawing on meticulous research, he dramatizes the key actions and decisions of the commanders on both sides: Johnston, Grant, Sherman, Beauregard, and the illustrious Colonel Nathan Bedford Forrest. Here too are the thoughts and voices of the junior officers, conscripts, and enlisted men who gave their all for the cause, among them Confederate cavalry lieutenant James Seeley and Private Fritz “Dutchie” Bauer of the 16th Wisconsin Regiment—brave participants in a pitched back-and-forth battle whose casualty count would far surpass anything the American public had yet seen in this war. By the end of the first day of fighting, as Grant’s bedraggled forces regroup for could be their last stand, two major events—both totally unexpected—will turn the tide of the battle and perhaps the war itself.
Read More
PRAISE FOR JEFF SHAARA’S ACCLAIMED CIVIL WAR NOVELS

“Shaara’s beautifully sensitive novel delves deeply in the empathetic realm of psycho-history, where enemies do not exist—just mortal men forced to make crucial decisions and survive on the same battlefield.”—San Francisco Chronicle

“Powerful . . . Though the story of the Civil War has been told many times, this is the rare version that conveys what it must have felt like.”—Chicago Sun-Times

“The Last Full Measure is more than another historical novel. It is rooted in history, but its strength is the element of humanity flowing through its characters. . . . The book is compelling, easy to read, well researched and written, and thought-provoking. . . . In short, it is everything that a reader could ask for.”—Chicago Tribune 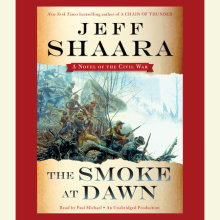 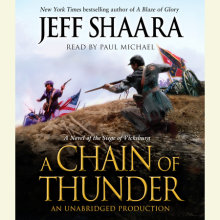