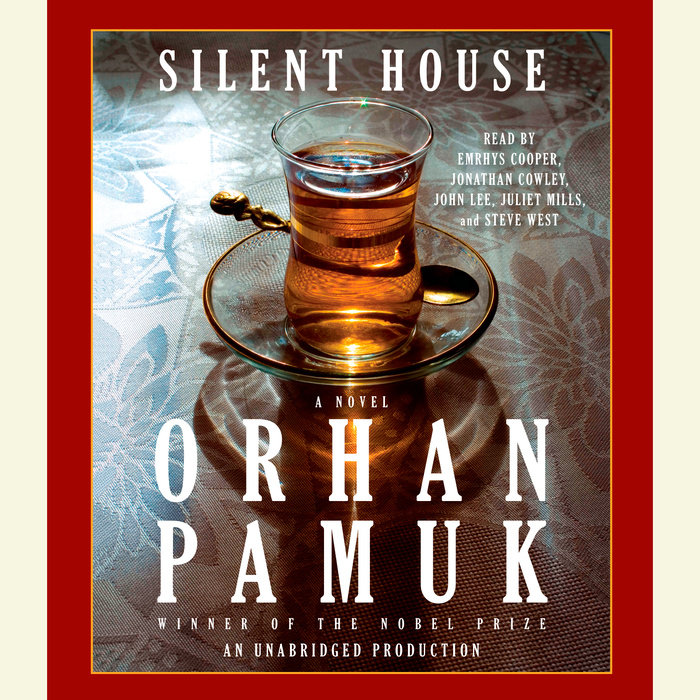 Never before published in English, Orhan Pamuk’s second novel is the story of a Turkish family gathering in the shadow of the impending military coup of 1980.

In an old mansion in Cennethisar, a former fishing village near Istanbul, a widow, Fatma, awaits the annual summer visit of her grandchildren. She has lived in the village for decades, ever since her husband, an idealistic young doctor, ran afoul of the sultan’s grand vizier and arrived to serve the poor fishermen. Now mostly bedridden, she is attended by her constant servant Recep, a dwarf—and the doctor’s illegitimate son. Despite mutual dependency, there is no love lost between mistress and servant, who have very different recollections—and grievances—from the early years, before Cennethisar grew into a high-class resort surrounding the family house, now in shambles.

Though eagerly anticipated, Fatma’s grandchildren bring little consolation. The eldest, Faruk, a dissipated historian, wallows in alcohol as he laments his inability to tell the story of the past from the kaleidoscopic pieces he finds in the local archive; his sensitive leftist sister, Nilgün, has yet to discover the real-life consequences of highminded politics; and Metin, a high school nerd, tries to keep up with the lifestyle of his spoiled society schoolmates while he fantasizes about going to America—an unaffordable dream unless he can persuade his grandmother to tear down her house.
But it is Recep’s nephew Hasan, a high school dropout, lately fallen in with right-wing nationalists, who will draw the visiting family into the growing political cataclysm issuing from Turkey’s tumultuous century-long struggle for modernity.

By turns deeply moving, hilarious, and terrifying, Silent House pulses with the special energy of a great writer’s early work even as it offers beguiling evidence of the mature genius for which Orhan Pamuk would later be celebrated the world over.


"Inspired and impassioned…A microcosm of a country on the verge of a coup…Pamuk has a flattering faith in his reader' intelligence…The book [is] threaded through with ideas of history, religion, memory class and politics. But it never seems didactic because the reader comes to realize that these reflections are aspects of the inner life: plausible components of the characters' psyches. I was glad to be transported to a seaside town in Turkey, to meet this odd family and their neighbors, all of whom seem to be living in several places at once: in the present and the past, in history, in everyday reality and in the simultaneously limitless and constricted worlds of their own minds…The reading experience is so very pleasurable."
—Francine Prose, New York Times Book Review

“Luminous and stylistically inventive…energetic and exuberant…Silent House is a kind of literary time machine, allowing us to glimpse both the writer and his country at this crucial turning point…the novel brilliantly captures the disorder, nostalgia and hope of a society struggling with violence and self-definition.”
—Michael David Lukas, San Francisco Chronicle

“Propulsive…in this quiet unassuming way does a wrenching story unfold, until an unexpected and hair-raising turn…the author’s most accessible novel to date…the work of a great engineer.”
—Marie Arana, Washington Post

“Gripping family saga…arresting and unforgettable...[Pamuk] speaks with great prescience, subtlety and sophistication. Silent House is both a highly readable fiction and an unsparing portrait of the Turkish intellectual class.”
—Alev Adil, The Independent (UK)

“Spellbinding…luminous…rich in brooding memories of a bygone era but the experience is elevating rather than oppressive. The events and characters in this novel may belong to a particular region and time, but their angst is universal…That is a measure of the greatness of his craft, something one finds in Anton Chekov.”
—Shreekant Sambrani, Business Standard (India)


“The beginnings of a great writer… Silent House illuminates the recent historical pressures, and 30 years on, the novel feels doubly prescient… A novelist prescient enough to publish [this] in 1983 proved himself fully deserving of the call from the Swedish Academy in 2006.”
—Mark Lawson, The Guardian (UK)


“Impressive…It proves once and for all that Pamuk is truly one of the world’s most versatile fiction writers, no matter the language in which he is read…Despite the specificity of the novel’s setting, the characters’ respective struggles are universal; they could be any family, anywhere, at any time.”
—Jason Diamond, New York Observer