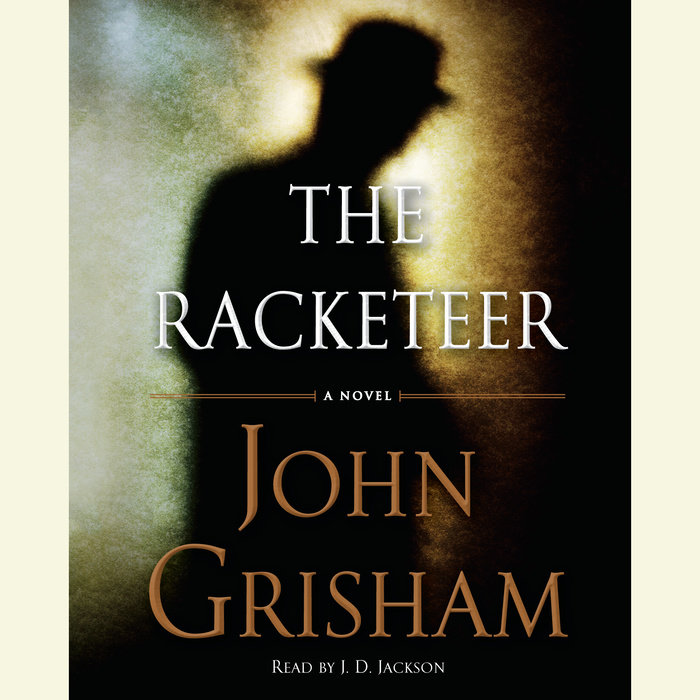 His body is found in his remote lakeside cabin. There is no sign of forced entry or struggle. Just two dead bodies: Judge Fawcett and his young secretary. And one large, state-of-the-art, extremely secure safe, opened and emptied.

Who is the Racketeer? And what does he have to do with the judge’s untimely demise? His name, for the moment, is Malcolm Bannister. Job status? Former attorney. Current residence? The Federal Prison Camp near Frostburg, Maryland.

On paper, Malcolm’s situation isn’t looking too good these days, but he’s got an ace up his sleeve. He knows who killed Judge Fawcett, and he knows why. The FBI would love to know. And Malcolm Bannister would love to tell them. But everything has a price—especially information as explosive as the sequence of events that led to Judge Fawcett’s death. And the Racketeer wasn’t born yesterday.

“With every new book I appreciate John Grisham a little more, for his feisty critiques of the legal system, his compassion for the underdog, and his willingness to strike out in new directions.”—Entertainment Weekly

“John Grisham is exceptionally good at what he does—indeed, right now in this country,  nobody does it better . . . Grisham’s books are also smart, imaginative, and funny, populated by complex interesting people, written by a man who is driven not merely by the desire to entertain but also by genuine (if understated) outrage at human cupidity and venality.”—Jonathan Yardley, The Washington Post

“The secrets of Grisham’s success are no secret at all. There are two of them: his pacing, which ranges from fast to breakneck, and his theme—little guy takes on big conspiracy with the little guy getting the win in the end. —Time

“The law, by its nature, creates drama, and a new Grisham promises us an inside look at the dirty machineries of process and power, with plenty of an entertainment.” – Los Angeles Times

“John Grisham is about as good a storyteller as we’ve got in the United States these days.”—The New York Times Book Review

“Grisham is a marvelous storyteller who works readers the way a good trial lawyer works a jury.”—The Philadelphia Inquirer

“John Grisham is not just popular, he is one of the most popular novelists of our time. He is a craftsman and he writes good stories, engaging characters, and clever plots.”—The Seattle Times

“A mighty narrative talent and an unerring eye for hot-button issues.”—Chicago Sun-Times