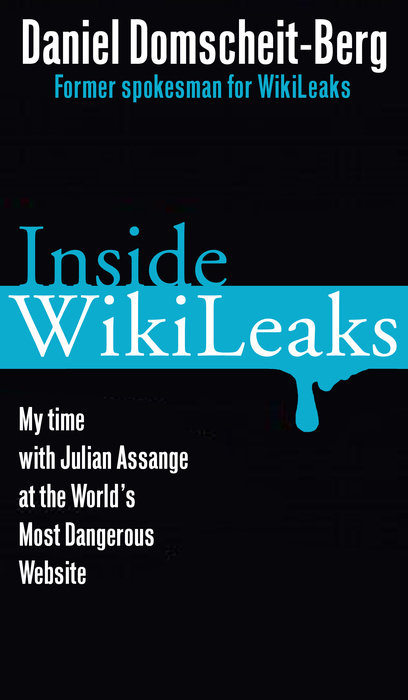 The basis for the movie The Fifth Estate (starring Benedict Cumberbatch as Julian Assange), this eye-opening account by Daniel Domscheit-Berg, the former spokesman of WikiLeaks, reveals never-disclosed details about the inner workings of the increasingly controversial organization that has struck fear into governments and business organizations worldwide and prompted the Pentagon to convene a 120-man task force.

Under the pseudonym Daniel Schmitt, Domscheit-Berg was the effective No. 2 at WikiLeaks and the organization’s most public face, after Julian Assange. In this book, he reveals the evolution, finances, and inner tensions of the whistleblower organization, beginning with his first meeting with Assange in December 2007. He also describes what led to his September 2010 withdrawal from WikiLeaks, including his disenchantment with the organization’s lack of transparency, its abandonment of political neutrality, and Assange’s increasing concentration of power. What has been made public so far about WikiLeaks is only a small fraction of the truth. With Domscheit-Berg’s insider knowledge, he is uniquely able to tell the full story. A computer scientist who worked in IT security prior to devoting himself full-time to WikiLeaks, he remains committed to freedom of information on the Internet. Today he is working on a more transparent secret-sharing website called OpenLeaks, developed by former WikiLeaks people, to be launched in early 2011.
Read More