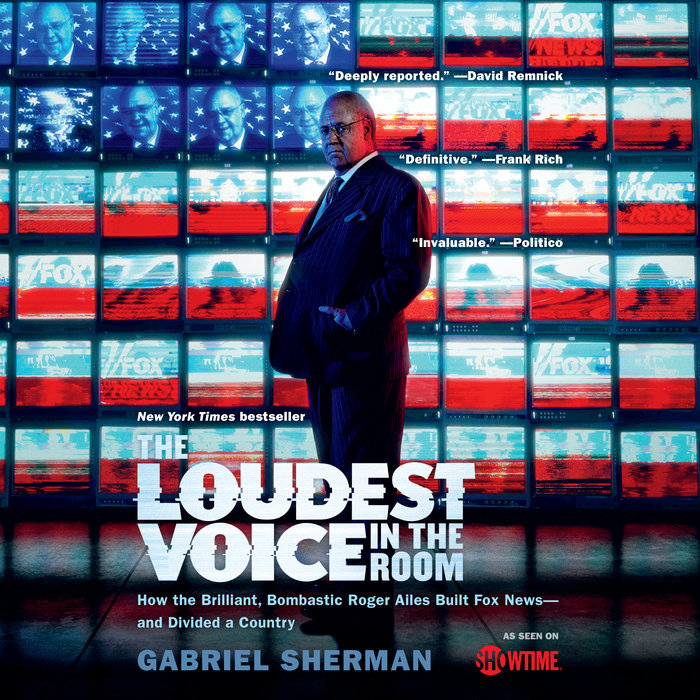 When Rupert Murdoch enlisted Roger Ailes to launch a cable news network in 1996, American politics and media changed forever. With a remarkable level of detail and insight, Vanity Fair magazine reporter Gabriel Sherman puts Ailes’s unique genius on display, along with the outsize personalities—Bill O’Reilly, Sean Hannity, Megyn Kelly, Sarah Palin, Karl Rove, Glenn Beck, Mike Huckabee, Gretchen Carlson, Bill Shine, and others—who have helped Fox News play a defining role in the great social and political controversies of the past two decades. From the Clinton-Lewinsky scandal to the Bush-Gore recount, from the war in Iraq to the Tea Party attack on the Obama presidency, Roger Ailes developed an unrivaled power to sway the national agenda. Even more, he became the indispensable figure in conservative America and the man any Republican politician with presidential aspirations had to court.

How did this man become the master strategist of our political landscape? In revelatory detail, Sherman chronicles the rise of Ailes, a frail kid from an Ohio factory town who, through sheer willpower, the flair of a showman, fierce corporate politicking, and a profound understanding of the priorities of middle America, built the most influential television news empire of our time.

Drawing on hundreds of interviews with Fox News insiders past and present, Sherman documents Ailes’s tactical acuity as he battled the press, business rivals, and countless real and perceived enemies inside and outside Fox. Sherman takes us inside the morning meetings in which Ailes and other high-level executives strategized Fox’s presentation of the news to advance Ailes’s political agenda; provides behind-the-scenes details of Ailes’s crucial role as finder and shaper of talent, including his sometimes rocky relationships with Fox News stars such as O’Reilly, Hannity, and Carlson; and probes Ailes’s fraught partnership with his equally brash and mercurial boss, Rupert Murdoch.

Roger Ailes’s life is a story worthy of Citizen Kane. The Loudest Voice in the Room is an extraordinary feat of reportage with a compelling human drama at its heart.
Read More
“[An] actually fair and balanced, carefully documented biography.”—Jacob Weisberg, The New York Times Book Review

“A thoroughly reported look behind that curtain . . . Part of the reason [Ailes] and his allies have campaigned against the book is not because it is false, but because it tells a true story.”—David Carr, The New York Times

“Sherman is at his best writing with sweep about the history of cable news and placing Ailes in context.”—Los Angeles Times

“[An] eye-opening biography of the would-be political kingmaker and Fox News mastermind . . . A well-reported, engaging book. A bonus: Bill O’Reilly won’t like it, either. Politics and media junkies, on the other hand, will have a field day.”—Kirkus Reviews
Read More