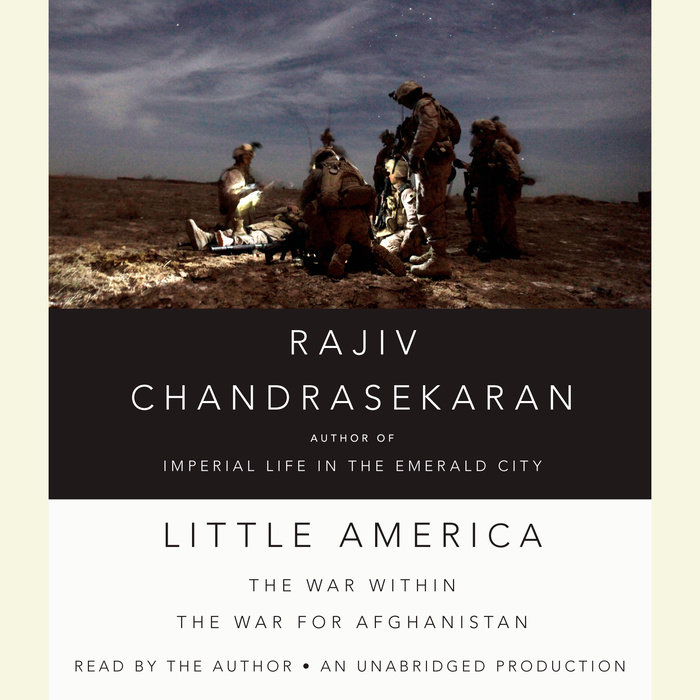 When President Barack Obama ordered the surge of troops and aid to Afghanistan, Washington Post correspondent Rajiv Chandrasekaran followed. He found the effort sabotaged not only by Afghan and Pakistani malfeasance but by infighting and incompetence within the American government: a war cabinet arrested by vicious bickering among top national security aides; diplomats and aid workers who failed to deliver on their grand promises; generals who dispatched troops to the wrong places; and headstrong military leaders who sought a far more expansive campaign than the White House wanted. Through their bungling and quarreling, they wound up squandering the first year of the surge.

Chandrasekaran explains how the United States has never understood Afghanistan—and probably never will. During the Cold War, American engineers undertook a massive development project across southern Afghanistan in an attempt to woo the country from Soviet influence. They built dams and irrigation canals, and they established a comfortable residential community known as Little America, with a Western-style school, a coed community pool, and a plush clubhouse—all of which embodied American and Afghan hopes for a bright future and a close relationship. But in the late 1970s—after growing Afghan resistance and a Communist coup—the Americans abandoned the region to warlords and poppy farmers.

In one revelatory scene after another, Chandrasekaran follows American efforts to reclaim the very same territory from the Taliban. Along the way, we meet an Army general whose experience as the top military officer in charge of Iraq’s Green Zone couldn’t prepare him for the bureaucratic knots of Afghanistan, a Marine commander whose desire to charge into remote hamlets conflicted with civilian priorities, and a war-seasoned diplomat frustrated in his push for a scaled-down but long-term American commitment. Their struggles show how Obama’s hope of a good war, and the Pentagon’s desire for a resounding victory, shriveled on the arid plains of southern Afghanistan.

Meticulously reported, hugely revealing, Little America is an unprecedented examination of a failing war—and an eye-opening look at the complex relationship between America and Afghanistan.
Read More

“Rajiv Chandrasekaran has done it again. Like Imperial Life in the Emerald City, Little America is a beautifully written and deeply reported account of how a divided United States government and its dysfunctional bureaucracy have foiled American efforts abroad . . . A brilliant and courageous work of reportage.”
-Linda Robinson, The New York Times Book Review

“Fascinating and fresh . . . Chandrasekaran is a superb reporter and graceful writer whose individual vignettes, focused on military and civilian misfires, are on-target and often mortifying.”
-Max Boot, The Wall Street Journal

“Brilliant . . . Only a journalist with Chandrasekaran’s experience and skill could tell this extraordinarily complicated story with such clarity.”
-June Thomas, Newsday

“A thoughtful guide to President Obama’s ‘good war’ [and] a devastating indictment of a dysfunctional war machine . . . Chandrasekaran’s expose is a stark warning to rethink how America uses its power.”
-Robert D. Crews, San Francisco Chronicle

“What makes Little America so compelling is the breadth and carefulness of Chandrasekaran’s reporting . . . A scalding and in-depth critique of U.S. policy and performance in Afghanistan.”
-Tony Perry, Newark Star-Ledger

“Chandrasekaran’s apt portrayal of the Afghan perspective and on-the-ground tensions makes the book a must for policy shapers and voters alike.”
-Hamed Aleaziz, Mother Jones

“Chandrasekaran draws vivid sketches of how Karzai and his family and their allies operate as a gang of looters, frustrating every attempt to create an honest government that could confront their Taliban enemy . . . The reader gets a keen sense of the chaos that reigns among the Americans and their allies.”
-Neil Sheehan, Washington Post

“A must-read account . . . Little America is the best work yet in addressing our military-diplomatic campaign in Afghanistan and the dysfunction that stymies it.”
-Peter J. Munson, Small Wars Journal

“Searing . . . Solid and timely reporting, crackling prose, and more than a little controversy will make this one of the summer’s hot reads.”
-Starred review, Publishers Weekly

“Clearheaded . . . Well-researched and compelling . . . Chandrasekaran captures the absurdity of a bumbling bureaucracy attempting to reengineer in its own image a society that is half a world away . . . A timely, convincing portrait of an occupation in crisis.”
-Kirkus

“Drawing on interviews with key participants and three years of first-hand reportage, Chandrasekaran delivers a bracing diagnosis of the problem.”
-Booklist 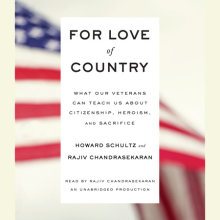