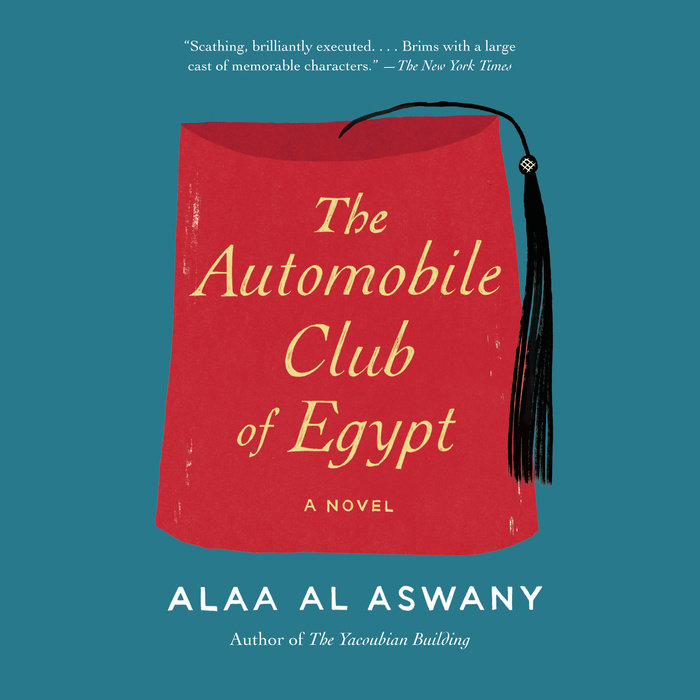 Written by: Alaa Al Aswany
Read by: Peter Ganim
Translated by: Russell Harris
18 Hours and 53 Minutes Imprint: Random House Audio Genre: Fiction - Literary Release Date: January 12, 2021
From the most popular Egyptian novelist of his generation (“a suitable heir to the mantle worn by Naguib Mahfouz” —The Guardian), a rollicking, exuberant and powerfully moving story of a family swept up by social unrest in post–World War II Cairo.

Once a respected landowner, Abd el-Aziz Gaafar fell into penury and moved his family to Cairo, where he was forced into menial work at the Automobile Club—a refuge of colonial luxury for its European members. There, Alku, the lifelong Nubian retainer of Egypt’s corrupt and dissolute king, lords it over the staff, a squabbling but tight-knit group, who live in perpetual fear, as they are thrashed for their mistakes, their wages dependent on Alku’s whims. When, one day, Abd el-Aziz stands up for himself, he is beaten. Soon afterward, he dies, as much from shame as from his injuries, leaving his widow and four children further impoverished. The family’s loss propels them down different paths: the responsible son, Kamel, takes over his late father’s post in the Club’s storeroom, even as his law school friends seduce him into revolutionary politics; Mahmud joins his brother working at the Club but spends his free time sleeping with older women—for a fee, which he splits with his partner in crime, his devil-may-care workout buddy and neighbor, Fawzy; their greedy brother Said breaks away to follow ambitions of his own; and their only sister, Saleha, is torn between her dream of studying mathematics and the security of settling down as a wife and saving her family.

It is at the Club, too, that Kamel’s dangerous politics will find the favor and patronage of the king’s seditious cousin, an unlikely revolutionary plotter–cum–bon vivant. Soon, both servants and masters will be subsumed by the brewing social upheaval. And the Egyptians of the Automobile Club will face a stark choice: to live safely, but without dignity, or to fight for their rights and risk everything.

Full of absorbing incident, and marvelously drawn characters, Alaa Al Aswany’s novel gives us Egypt on the brink of changes that resonate to this day. It is an irresistible confirmation of Al Aswany’s reputation as one of the Middle East’s most beguiling storytellers and insightful interpreters of the human spirit.
Read More
The Christian Science Monitor’s 10 Best Books of August

“[A] scathing, brilliantly executed novel . . . brimming with a large cast of memorable characters, including a corpulent, sex-addicted king; a royal pimp; and a seditious prince.”
—Carmela Ciuraru, The New York Times

“The Automobile Club unfolds in the post-World War II years preceding another upheaval: the Egyptian Revolution of 1952 . . . Then as now, [the novel] suggests, an old order's stubbornly protracted death delays a promising new world from being born . . . Al Aswany tells that story on a sprawling Dickensian canvas . . . [with] cliff-hanging chapter endings and his comic grotesques — including Kamel's younger brother, an improbable gigolo.”
—Mike Fischer, Milwaukee Journal Sentinel

“Seductive . . . boasts rich and rewarding material . . . [Al Aswany] populates the fabled city’s chief luxury retreat with intriguing men and women whose myriad travails lure the reader into their personal lives . . . [and] continues his newfound practice of probing the hearts and minds of one spirited cast of disparate Egyptian characters after another.”
—Rayyan Al-Shawaf, The Boston Globe

“Wonderful . . . almost impossible to put down . . . combines terrific storytelling with historical empathy . . . and a throng of believable, vigorously drawn characters . . . The fast-moving stories of the Gaafar siblings, as well as that of Wright’s rebellious daughter . . . include political intrigue, brutal retribution, forbidden love affairs, sexual peculiarity and, I am happy to say, gratifying comeuppances.”
—Katherine A. Powers, Star Tribune

“[A] raucous, technicolor novel . . . [and a] compulsively readable story, painted on a vast canvas . . . [with] crisp chapters, often ending in cliff-hangers . . . Al Aswany’s novel stands as a searing examination of worker subjugation and other injustices . . . its blazing heart is the seething discontent that led to the 1952 Revolution.”
—Poornima Apte, Booklist

“A roller-coaster ride, each chapter building to a critical point, then plunging into one of the other plots, like a Dickens novel . . . for those who love realism and excellent character-based fiction, with a dash of Marxism.”
—Robert E. Brown, Library Journal

“Al Aswany digs into the past — specifically into the fin-de-siècle ineptitude of Ottoman rule, during which the real power in Egypt was Britain . . . Characters pass in and out — some through the front door, some through the service entrance — chattering about Big Ideas (love, lust, death, enfranchisement) while embodying them in small foibles . . . [Al Aswany’s novels] are national epics of the intimate: they remind their readers that every household hosts its own incarnations of fundamentalism, despotism, corruption, and graft.”
—Joshua Cohen, Harper’s Magazine

“Myriad colorful details, intertwining narratives, and dramatic cliffhangers form an earthy, entertaining contrast to the novel's sober preoccupations—namely, the human spirit's capacity to both transcend and be crushed by oppressive systems . . . Al Aswany memorably evokes corrupt British-occupied Egypt in the years before the 1952 revolution.”
—Publishers Weekly (Pick of the Week)

“A charming, earthy, resourceful storyteller . . . [Al Aswany] might seduce even readers closer to Times Square than to Tahrir Square . . . so soon after the 2011 revolution, the novel at its simplest level may serve to remind Egyptians and others involved in the Arab Spring of some of the historical reasons so many pursued democracy and how elusive it remains.”
—Kirkus Reviews (starred review)
Read More 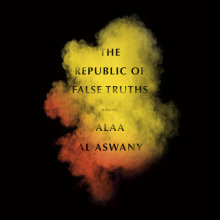