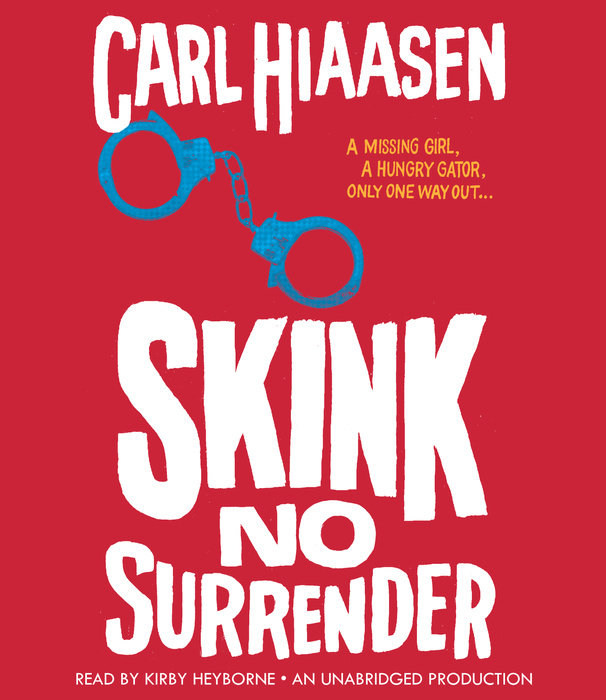 Written by: Carl Hiaasen
Read by: Kirby Heyborne
7 Hours and 50 Minutes Imprint: Listening Library Ages 12 and up Release Date: September 23, 2014
National Book Award
Richard's cousin is missing, and his best hope of finding her rests with the wily, one-eyed, ex-governor of Florida. Carl Hiaasen introduces his iconic character Skink to a younger audience in this nail-biting adventure!

Classic Malley: her parents are about to ship her off to boarding school, so she takes off with some guy she met online... Poor Richard: he's less of a rebel than Malley, and a lot less trusting. He knows his cousin is in trouble before she does. Wild Skink: he's a ragged, one-eyed, ex-governor of Florida, and enough of a renegade to think he can track Malley down. With Richard riding shotgun, this unlikely pair scour the state, undaunted by blinding storms, crazed pigs, flying bullets, and giant gators.

In Carl Hiaasen's outrageous, hilarious, and wildly dangerous state of Florida, there are a million places an outlaw might stash a teenage girl. A million unpleasant ways to die. And two who will risk everything to rescue a friend . . . and to, hopefully, exact a bit of swamp justice.
Read More
"The book itself is just a wonder, part love poem about the Florida wilds, part road-trip novel, and part thriller. The second half of the book is a nail-biter to rival Cape Fear. I love Hiaasen for adults. I love Hiaasen for kids. But most of all, I love this Hiaasen, which brings the two writers together in one book."  --Cory Doctorow

"Skink and Richard make quite a dangerous and entertaining duo in a story that careens perfectly from one crazy situation to the next. Reluctant readers (especially guys) will surrender themselves to this page turner. Cross your fingers that we haven’t seen the last of Skink!" -- Booklist, starred

"If you were pursuing your cousin’s kidnapper across Florida, you would want a man like Skink at your side. Maybe." -- Kirkus Reviews

"Skink is larger than life.... A presence to be reckoned with." -- The Horn Book

"A high stakes, action-packed comedy with a lot of heart." —VOYA
Read More 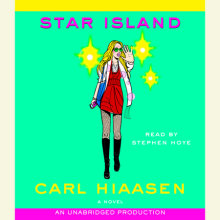 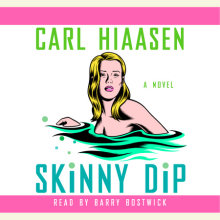