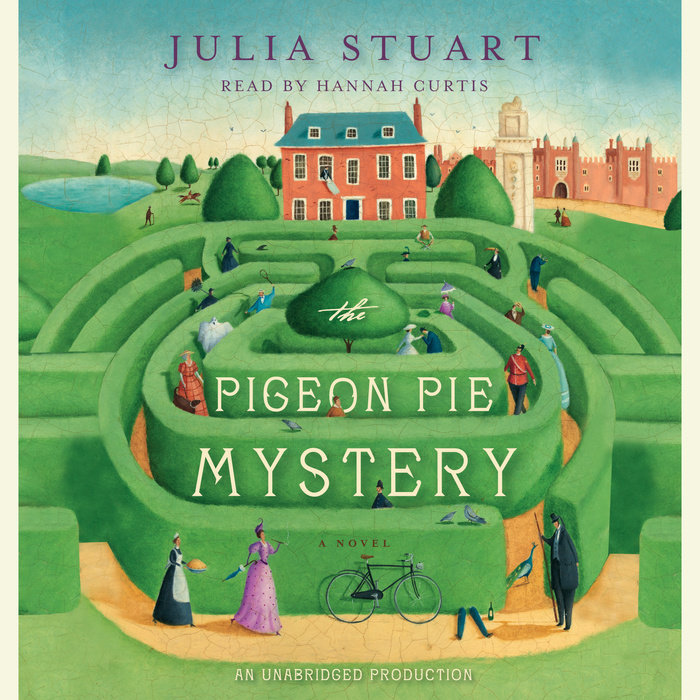 Julia Stuart returns in her follow-up to the bestselling The Tower, the Zoo and the Tortoise with this clever murder mystery set in Victorian England, brimming with her signature charm and fabulous characters.

When Indian Princess Alexandrina is left penniless by the sudden death of her father, the Maharaja of Brindor, Queen Victoria grants her a grace-and-favor home in Hampton Court Palace. Though rumored to be haunted, Alexandrina and her lady's maid, Pooki, have no choice but to take the Queen up on her offer.
Aside from the ghost sightings, Hampton Court doesn't seem so bad. The princess is soon befriended by three eccentric widows who invite her to a picnic with all the palace's inhabitants, for which Pooki bakes a pigeon pie. But when General-Major Bagshot dies after eating said pie, and the coroner finds traces of arsenic in his body, Pooki becomes the #1 suspect in a murder investigation.
Princess Alexandrina isn't about to let her faithful servant hang. She begins an investigation of her own, and discovers that Hampton Court isn't such a safe place to live after all.
With her trademark wit and charm, Julia Stuart introduces us to an outstanding cast of lovable oddballs, from the palace maze-keeper to the unconventional Lady Beatrice (who likes to dress up as a toucan—don't ask), as she guides us through the many delightful twists and turns in this fun and quirky murder mystery. Everyone is hiding a secret of the heart, and even Alexandrina may not realize when she's caught in a maze of love.
Read More
Praise for The Pigeon Pie Mystery

"Cracking a Julia Stuart novel is like opening the door of an old-fashioned English tearoom. A bell tinkles merrily, and you enter a cozy world all the more inviting for being slightly claustrophobic." - The Washington Post

"Stuart’s third (The Tower, the Zoo, and the Tortoise, 2010, etc.) continues her exploration of famous English historic sites. Quirky characters, a feisty protagonist, a clever mystery and the requisite historical tidbits combine for an amusing read."
- Kirkus Reviews

"Stuart combines vivid historical detail, layers of intrigue, and plenty of humor in this intelligent mystery that will appeal to Agatha Christie fans as well as those who enjoy G.M. Malliet and C.S. Challinor.” -Booklist

"This mystery is a delicate yet kooky romp...As Mink investigates, she finds something surprising: a group of people filled less with malice than with a desire for love in a world that offers little of it. Their longing gives them a zany wisdom that helps Mink find her own place in the world." -Oprah.com

"Fans of Stuart’s novel The Tower, the Zoo, and the Tortoise will find the same wit on display. A noblewoman, for example, praises H.G. Wells’s Martians for sparing Hampton Court “as any right-thinking monsters would." -Publishers Weekly

"With the wit of P.G. Wodehouse, the cunning of Agatha Christie, the tartness of Angela Thirkell and the Schadenfreude of Ruth Rendell - as well as her own startling originality of imagination - Stuart has blessed readers with a novel that's endlessly entertaining and ultimately tender. Even Mink's rescuer, dour old Queen Victoria, might have been amused." - Richmond Times-Dispatch

Praise for The Tower, the Zoo, and the Tortoise

“History buffs, animal lovers, and simply the tenderhearted will swoon over this captivating story . . . Sweet and enchanting.” —Entertainment Weekly, Grade A

“Imagine a funny, poignant book, full of delightful and wacky characters, then add a bit of English history, and you’ve got The Tower, the Zoo, and the Tortoise . . . This is Carl Hiaasen for the Tower of London.” —NPR, “Best Books of 2010”

“Delightfully zany and touching . . . With her deft and charming style, Stuart brings this comic story to a satisfying and heartwarming end.” —The Washington Post

“The Tower, the Zoo, and the Tortoise unfolds with an airy whimsy . . . Great fun . . . For all that [Stuart’s] setups are ingenious, she never loses sight of the humanity of her characters . . . Both original and memorably enjoyable.” —The Denver Post

“A marvelous confection of a book.” —The Washington Times

“A Beefeater, his wife, and their nearly 180-year-old tortoise live in the Tower of London, and if Stuart’s deadly charming sophomore novel (after The Matchmaker of Périgord) is any indication, the fortress is as full of intrigue as ever . . . the love story is adorable.”
—Publishers Weekly

“Stuart’s attempt to combine current reality with the ghostly past is a brilliant premise . . . . Remarkably funny . . . Stuart is obviously fascinated by the multiple histories that inhabit the tower, and her research flavours the novel well.” —The Globe and Mail 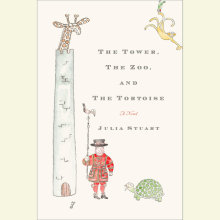 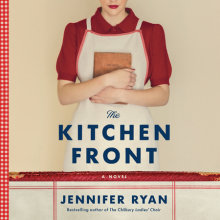