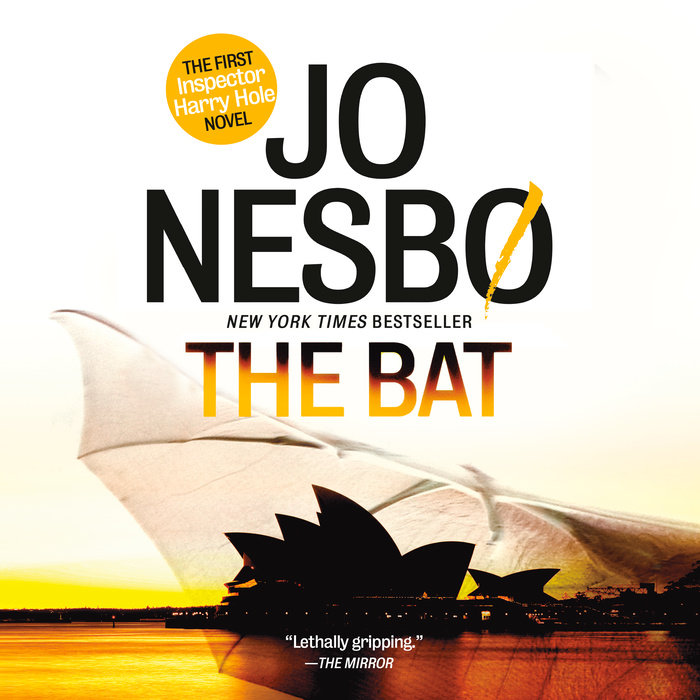 Written by: Jo Nesbo
Read by: John Lee
9 Hours and 40 Minutes Imprint: Random House Audio Genre: Fiction - Thrillers - Suspense Release Date: July 02, 2013
INTERNATIONAL BESTSELLER • In the electrifying first installment of the Inspector Harry Hole series, Harry Hole of the Oslo Crime Squad is dispatched to Sydney to observe a murder case. As he circles closer to the killer, Harry begins to fear that no one is safe, least of all those investigating the murder.

The victim is a twenty-three year old Norwegian woman who is a minor celebrity back home. Harry is free to offer assistance, but he has firm instructions to stay out of trouble. Never one to sit on the sidelines, Harry befriends one of the lead detectives, and one of the witnesses, as he is drawn deeper into the case. Together, they discover that this is only the latest in a string of unsolved murders, and the pattern points toward a psychopath working his way across the country.
Read More
NATIONAL BESTSELLER • A USA Today Critic’s Pick • Winner of The Riverton Prize for Best Norwegian Crime Novel of the Year • Winner of The Glass Key for Best Nordic Crime Novel of the Year

“This is an absolute must for devotees of the riveting train wreck that is Harry Hole.... While the chronological confusion is disconcerting, it adds a layer of dramatic irony to the tale and enhances its tension and power.”
—Booklist (starred review)

“Harry is already every bit as volcanic as in his later cases. The big difference is Australia, which Nesbø, seeing it through the eyes of both a tourist and a cultural pathologist, makes you wonder how much different it is from Norway after all.”
—Kirkus Reviews

"This debut effort shows Nesbø as an already confident genre craftsman, striking sparks from the familiar genre material of Harry’s fish-out-of-water experience in a foreign land and odd-couple pairing with a mismatched partner."
—Publishers Weekly

“Even with this first book Nesbø’s command of the idiom is completely in place—there is absolutely no sense that the writer was finding his feet and aficionados will be very pleased to slide this on to their bookshelves alongside the other Harry Hole novels.”
—The Daily Express

“It is fantastic to see a younger Harry, a more loquacious Harry.... [Nesbø is] a terrific writer who knows how to build a story, taking you slowly to the top of a rollercoaster before sending you hurtling towards a solution that you never see coming.”
—Scottish Express

“Nesbø is already taking on the clichés, ruthlessly tearing them apart and coming up with new riffs.... Most satisfyingly, we can now see the organic shape that Nesbø always intended his work to take.”
—The Independent (London)
Read More