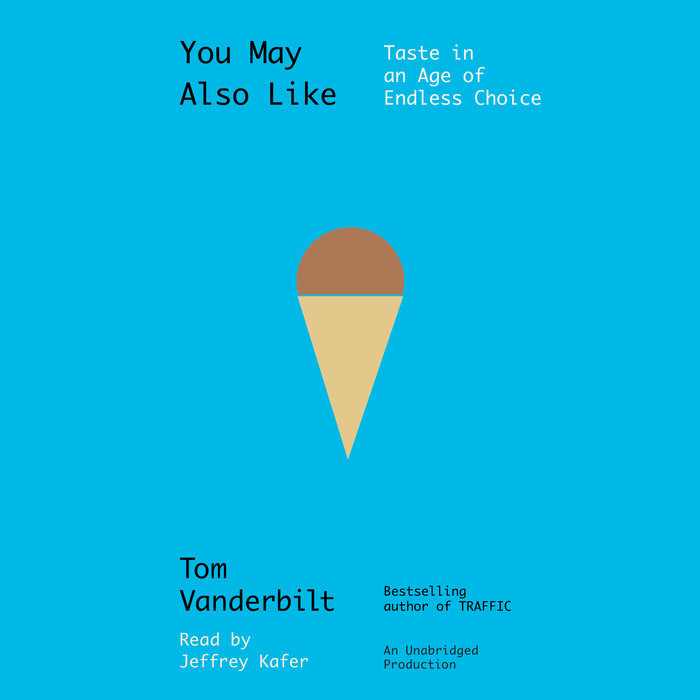 Why do we get so embarrassed when a colleague wears the same shirt? Why do we eat the same thing for breakfast every day, but seek out novelty at lunch and dinner? How has streaming changed the way Netflix makes recommendations? Why do people think the music of their youth is the best? How can you spot a fake review on Yelp?

Our preferences and opinions are constantly being shaped by countless forces – especially in the digital age with its nonstop procession of “thumbs up” and “likes” and “stars.” Tom Vanderbilt, bestselling author of Traffic, explains why we like the things we like, why we hate the things we hate, and what all this tell us about ourselves.

With a voracious curiosity, Vanderbilt stalks the elusive beast of taste, probing research in psychology, marketing, and neuroscience to answer myriad complex and fascinating questions. If you’ve ever wondered how Netflix recommends movies or why books often see a sudden decline in Amazon ratings after they win a major prize, Tom Vanderbilt has answers to these questions and many more that you’ve probably never thought to ask.
Read More
“[A] lively, wide-ranging study… The footnotes have a David Foster Wallace-like wit as Vanderbilt calls our attention to such issues as whether people find donuts less yummy if they taste them in a salmon cannery and whether rats enjoy grape Kool-Aid more if it is infused directly into their stomachs… Convincing… Quite funny… Clear and engaging… He is to be commended for the sheer range of material he makes accessible.”
— Lisa Zeidner, The Washington Post

“To answer an age-old question – ‘Why do we like the things we like?’ – Vanderbilt navigates philosophy, economics, psychology, neurology and data science… As Vanderbilt explores the enigmatic forces driving these decisions, he paints an engaging, multilayered… picture of taste.”
— Benjamin Leszcz, The Globe and Mail

“A brave and timely investigation… engulfed as we are by an ocean of science and punditry that presents human behaviour as something that can be codified, predicted and even synthesized. Swimming cheerfully against that tide, Vanderbilt makes a compelling case that most of our choice-making defies those attempts. The nature of taste in fact remains stubbornly mysterious, despite our compulsion to exercise it – and despite how that compulsion increasingly shapes modern life… Clever… Persuasive and personal. There’s no judgment here. The author leaves that job to us.”
— Bruce Philp, National Post

“Bounces the insights of modern data scientists off the work of generations of critics, economists, neuroscientists, philosophers, psychologists, and sociologists. Taste, we learn, is an extremely relative phenomenon currently swerving through an age of extreme relativity… [Vanderbilt’s] key takeaway is that taste remains a complex and erratic phenomenon that’s endlessly shifting according to environmental, physical, and social pressures… Vanderbilt is a skillful synthesizer, and You May Also Like is full of unexpected connections.”
— Felix Gillette, Bloomberg

“A tour through the world of human preferences and the companies that try to divine them… [Vanderbilt is an] amiable and thorough guide to a subject that can get either fussy or murky fairly quickly, and he has an obsessive determination to get to the bottom of something we exercise so often and unthinkingly we tend to take it for granted.”
— Jennifer Szalai, The New York Times Book Review

“Vanderbilt is an intelligent writer, and there is a lot of interesting material in “You May Also Like”… Intrepid…Vanderbilt is able to identify two factors that have repeatedly been shown to have a significant influence on taste. One is social consensus; the other is familiarity. We get attracted to things that we see other people are attracted to, and we like things more the longer we like them.”
— Louis Menand, The New Yorker

“You May Also Like sets out to understand this mysterious phenomenon of how our preferences change and come to be…the book moves on a whirlwind tour of taste across its many domains, from food and music to color and even cats… [Assembles] a constellation of insights that resonate with one another, each serving to reveal another joint or detail of the bigger picture… Passionate… Enormously refreshing.”
— Sheena Iyengar, Science Magazine

“An intensive investigation of what we like, why we like it and why some­times it’s so hard to decide… Vanderbilt delivers the explanations with ample docu­mentation and enough humorous asides to make his book deliciously palatable the whole way through.”
—Sheila M. Trask, BookPage

"The danger in reading You May Also Like is that when you finally put Tom Vanderbilt’s book down, you probably think he's just made you the most interesting person in the room."
— Faith Salie, author Approval Junkie and panelist of NPR's Wait, Wait, Don't Tell Me!

“We live in an age of bewildering choice, yet we are the sum total of our decisions. You May Also Like is my favorite kind of book— surprising, smart, and superbly researched. It tackles that most mysterious of subjects: what make us tick.”
— Terry O’Reilly, author of The Age of Persuasion and host of CBC radio show Under the Influence

“A fascinating romp through the mysteries of taste.”
— Susan Pinker, author of The Sexual Paradox and The Village Effect

“You May Also Like is the best kind of science writing — deeply reported and researched, a witty investigation that’s precisely to my taste.”
— Clive Thompson, author of Smarter Than You Think

"Vanderbilt's fascinating foray into the world of tastes and why they exist makes for a book that's well worth reading...a light, informative read, and one that's thoroughly enjoyable and highly recommended."
— Sandy Clark, The Star
Read More 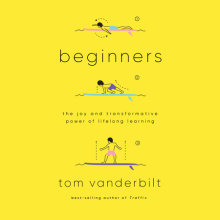 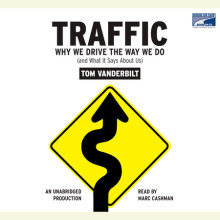 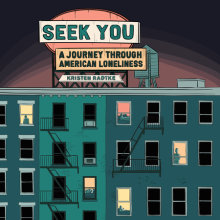 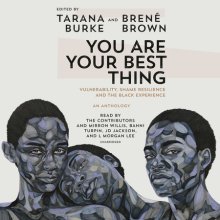