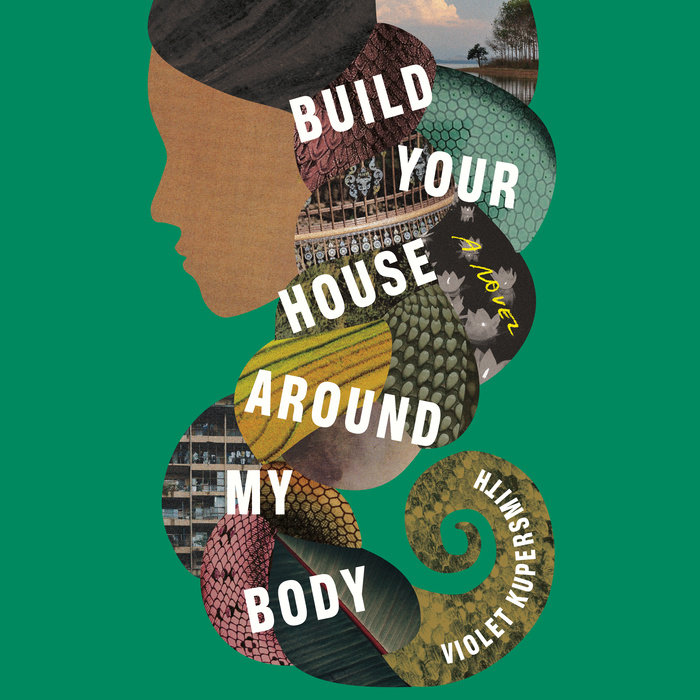 LONGLISTED FOR THE CENTER FOR FICTION’S FIRST NOVEL PRIZE • “Fiction as daring and accomplished as Violet Kupersmith’s first novel reignites my love of the form and its kaleidoscopic possibilities.”—David Mitchell, author of Cloud Atlas

Two young women go missing decades apart. Both are fearless, both are lost. And both will have their revenge.

1986: The teenage daughter of a wealthy Vietnamese family loses her way in an abandoned rubber plantation while fleeing her angry father and is forever changed.

2011: A young, unhappy Vietnamese American woman disappears from her new home in Saigon without a trace.

The fates of these two women are inescapably linked, bound together by past generations, by ghosts and ancestors, by the history of possessed bodies and possessed lands. Alongside them, we meet a young boy who is sent to a boarding school for the métis children of French expatriates, just before Vietnam declares its independence from colonial rule; two Frenchmen who are trying to start a business with the Vietnam War on the horizon; and the employees of the Saigon Spirit Eradication Co., who find themselves investigating strange occurrences in a farmhouse on the edge of a forest. Each new character and timeline brings us one step closer to understanding what binds them all.

Build Your House Around My Body takes us from colonial mansions to ramshackle zoos, from sweaty nightclubs to the jostling seats of motorbikes, from ex-pat flats to sizzling back-alley street carts. Spanning more than fifty years of Vietnamese history and barreling toward an unforgettable conclusion, this is a time-traveling, heart-pounding, border-crossing fever dream of a novel that will haunt you long after the last page.
Read More
“Violet Kupersmith’s eerie and electric debut novel . . . followed me into my days, refusing to release me. . . . This is a big, packed novel. Reading it provides a sensation not unlike riding on a motorbike overloaded with passengers and wares: It careens, it tilts and at times I wondered if it would reach its destination without a crash. But Kupersmith proves herself a fearless driver who revels in the daunting challenge she has set for herself. There are so many ways this novel could have lost its balance; instead, its too-much-ness makes for a thrilling read, acrobatic and filled with verve.”—New York Times

“A sensual world that is familiar yet supernatural, populated with a dense web of time-traveling characters . . . dexterous, sensitive storytelling.”—Time

“A brilliant, sweeping epic that swaps spirits and sheds time like snakeskin, Build Your House Around My Body is a marvel. Thrilling, witty, disturbing, righteous—I won’t be able to shut up about how damned awesome this book is. Neither will you.”—Paul Tremblay, author of A Head Full of Ghosts and Survivor Song

“A heady, gothic, spellbinder of a book.”—Kelly Link, author of Get in Trouble

“This impressively constructed weave of stories, haunted by the ghosts of history and family, is gorgeous, completely original, and quite disturbing—usually all at the same time. Beware! This book might swallow you up.”—Karen Joy Fowler, author of We Are All Completely Beside Ourselves

“This lush, sultry phantasmagoria of a novel is as playful, hypnotic, and bone-chilling as a cobra rising to strike.”—Elisabeth Thomas, author of Catherine House

“Violet Kupersmith has elevated the ghost story into an art form. Her intricately plotted, flamboyantly original novel is by turns steamy, grisly, comic, horrific, and touching. This haunting tale will stay with you long after the last page is turned.”—Valerie Martin, author of Property and I Give It to You

“A rich and dazzling spectacle . . . that peels back the layers of a haunted Vietnam.”—Kirkus Reviews

“[An] exceptional debut. . . . Magic can be both benevolent and monstrous in Kupersmith’s work, and here she indelibly illustrates the ways in which Vietnam’s legacies of colonialism, war, and violence against women continue to haunt. . . . Surprising and satisfying.”—Publishers Weekly (starred review)