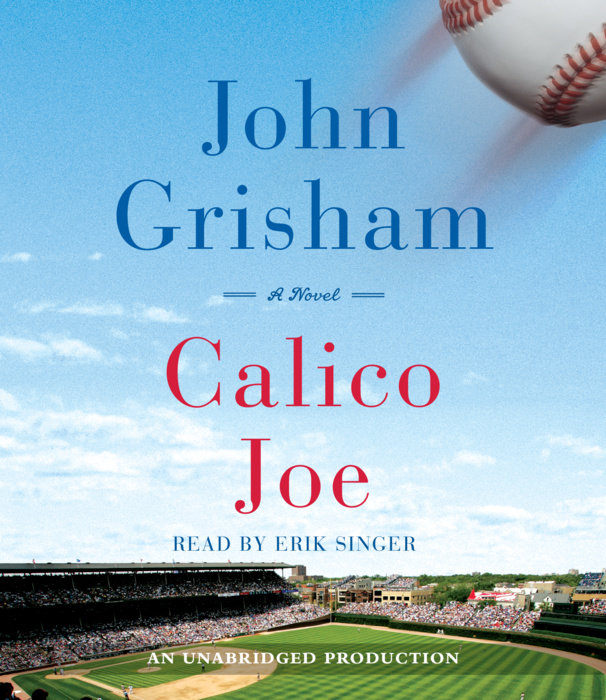 “Grisham knocks it out of the park.”—The Washington Post

It’s the summer of 1973, and Joe Castle is the boy wonder of baseball, the greatest rookie anyone has ever seen. The kid from Calico Rock, Arkansas, dazzles Chicago Cubs fans as he hits home run after home run, politely tipping his hat to the crowd as he shatters all rookie records. Calico Joe quickly becomes the idol of every baseball fan in America, including Paul Tracey, the young son of a hard-partying and hard-throwing New York Mets pitcher. On the day that Warren Tracey finally faces Calico Joe, Paul is in the stands, rooting for his idol but also for his dad. Then Warren throws a fastball that will change their lives forever.
Read More
Praise for Calico Joe

“Grisham knocks it out of the park.”—The Washington Post

“Grisham has hit a home run.... Calico Joe is a great read, a lyrical ode to baseball, small-town America, youthful innocence and a young boy’s search for heroes.”—The Buffalo News

“[A] pleasure . . . Suffice to say [Grisham] knows his way around the ballpark as well as he does a courtroom.”—The Washington Times

“Never let it be said this man doesn’t know how to spin a good yarn.”—Entertainment Weekly