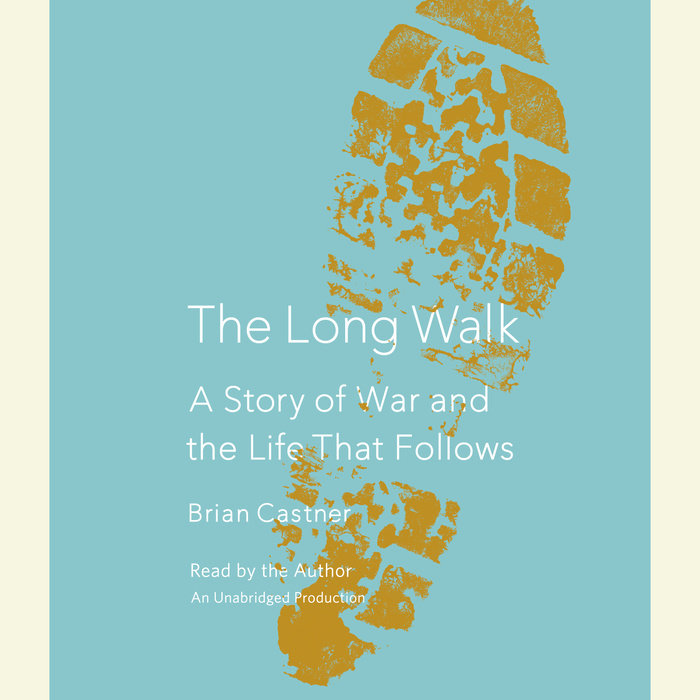 Written by: Brian Castner
Read by: Brian Castner
6 Hours and 43 Minutes Imprint: Random House Audio Genre: Biography & Autobiography - Personal Memoirs Release Date: July 10, 2012
In the tradition of Michael Herr’s Dispatches and works by such masters of the memoir as Mary Karr and Tobias Wolff, a powerful account of war and homecoming.

Brian Castner served three tours of duty in the Middle East, two of them as the commander of an Explosive Ordnance Disposal unit in Iraq. Days and nights he and his team—his brothers—would venture forth in heavily armed convoys from their Forward Operating Base to engage in the nerve-racking yet strangely exhilarating work of either disarming the deadly improvised explosive devices that had been discovered, or picking up the pieces when the alert came too late. They relied on an army of remote-controlled cameras and robots, but if that technology failed, a technician would have to don the eighty-pound Kevlar suit, take the Long Walk up to the bomb, and disarm it by hand. This lethal game of cat and mouse was, and continues to be, the real war within America’s wars in Iraq and Afghanistan.
But The Long Walk is not just about battle itself. It is also an unflinching portrayal of the toll war exacts on the men and women who are fighting it. When Castner returned home to his wife and family, he began a struggle with a no less insidious foe, an unshakable feeling of fear and confusion and survivor’s guilt that he terms The Crazy. His thrilling, heartbreaking, stunningly honest book immerses the reader in two harrowing and simultaneous realities: the terror and excitement and camaraderie of combat, and the lonely battle against the enemy within—the haunting memories that will not fade, the survival instincts that will not switch off. After enduring what he has endured, can there ever again be such a thing as “normal”? The Long Walk will hook you from the very first sentence, and it will stay with you long after its final gripping page has been turned.
Read More
Praise for The Long Walk:

“The Long Walk is a raw, wrenching, blood-soaked chronicle of the human cost of war. Brian Castner, the leader of a military bomb disposal team, recounts his deployment to Iraq with unflinching candor, and in the process exposes crucial truths not only about this particular conflict, but also about war throughout history. Castner’s memoir brings to mind Erich Maria Remarque’s masterpiece, All Quiet on the Western Front. ”
—Jon Krakauer, author of Where Men Win Glory


“Castner has written a powerful book about the long cost of combat and the brotherhood of men at arms. Remarkably, he has made the world of the EOD entertaining, occasionally hilarious, and always harrowing. His honesty is refreshing and the book is written with such candor and openness that one can't help but root for him. And did I mention that it is entertaining? There were scenes at work with the bomb disposal unit where I found myself holding my breath.”
—Anthony Swofford, author of Jarhead


“Do you want to know a little something about our war in Iraq?  Begin with The Long Walk, Brian Castner’s elegant, superbly written story about the bomb-disposal guys.  As you read think of Alan Sillitoe’s The Loneliness of the Long-Distance Runner.  Castner gives us that steady rhythm of one foot in front of the other.  Think of Vonnegut’s Slaughterhouse-Five.  Here is the reality of the exhausted mind, and of profound thought wandering all Creation: this is what I saw, this is what I did, this is what I have become.  It’s the story of the long walk out, as they say, from the Humvee to the bomb in the street, and the long look back.”
—Larry Heinemann, author of the National Book Award-winning Paco’s Story and Close Quarters


“Damn, this is a very human book.  If you have come back from Iraq or Afghanistan, or know someone who has, you need to read The Long Walk.”
— Thomas E. Ricks, author of Fiasco and The Gamble


"At times, The Long Walk...is almost unbearable to read. Not because the writing is bad — it’s often excellent. It’s unbearable because of Castner’s brutally vivid descriptions of the war and the way it tore apart his mind and his life.... [T]his is an important book to read for anyone who wants to get some sense of the long-term human toll of the Iraq war. How many soldiers have been damaged as Castner has? How many lives and families have been destroyed — or will be — by the effects of TBI? The Long Walk brings home in a visceral way the hidden, personal burden of war that many veterans continue to carry.”—The Boston Globe


"Vivid.... Castner's book intersperses stateside scenes of intense military training, off-hours hijinks and marital strife with vivid, often grisly accounts from Iraq's war-ravaged landscape, where his EOD teams disarmed improvised explosive devices, hunted for the bomb makers or cleaned up after their horrific handiwork while dodging gunfire and angry locals... [He writes] bluntly in describing how he has been changed by the war."—Associated Press


"The Long Walk is a powerful, intimate, disturbing look at the ways that war can infect the life of a soldier. By the end of the story...we’ve watched him fight a deftly drawn series of battles, from the physical, to the emotional, to the existential. Each one of these is more intense and wrenching than the last. The Long Walk is not for the faint of heart.... Castner tells us what he is thinking and feeling at all times and has the magnificent ability to fill his scenes with the suspense of the moment....  It is the ultimate show-not-tell."—Jennifer Miller, Christian Science Monitor


"Not the typical testosterone-driven account that plagues the war-memoir genre.... [Castner] gives equal, if not more, weight to the time and effort that goes into readjusting to his family life, and his straightforward, unself-conscious writing paints an absorbing picture of war in the twenty-first century.... [This] memoir forces a reader to empathize with these unrelenting psychic and emotional pressures."—Chloe Fox, www.newyorker.com


"Brian Castner is a bomb-disposal technician who served two tours in Iraq, in Balad and Kirkuk, in 2005 and 2006. His affecting war memoir, The Long Walk, contains vivid depictions of “The Crazy” he has battled since coming home: the imaginary rifle he finds himself clutching at all times—at the breakfast table with his kids, in bed with his wife, sitting at the top of the stairs in the middle of the night; the gaps in his memory of home; the lucid recall he has of the war—each IED-destroying mission and the taut tedium in between; the constant, painful tightness in his chest. “I died in Iraq,” Castner writes. “If I didn’t die, I don’t know what else to call it.”

A Freudian might reply that this identification with death is one way of expressing the impossible burden of living. At the end of his narrative, Castner seems to be improving—coming back to himself, and to his family—though “The Crazy” still follows him like a shadow. We leave The Long Walk trusting that the shadow will one day leave him—but also understanding why, for a disquieting number of Iraq and Afghanistan veterans, the fight against the war’s after-effects is ending in suicide....[It] demands to be read now. These stories remind us that we are at war, and that the effects of war will be with us long after the final soldier returns home. They begin to make audible the too-silent struggles of the people who wage it, over there and over here. And in awakening our empathy, they can perhaps inspire that most urgent and rarest of leaps: toward a reckoning with how the war is lived and relived by the people—Iraqi and Afghan, Pakistani and Yemeni—upon whom it is waged."—Eli Jelly-Schapiro, the Nation


"Although the stress and terror of war is tough, this memoir shows the return to civilian life presents the biggest, longest challenge.... Castner offers a brutally honest, sharply observed account of life at war.... [His] descriptions are written with a clarity that brings alive not just the stress, terror, and anxiety of disarming improvised explosive devices, but also the difficult stretches of boredom and loneliness, not to mention the glimmers of joy and brotherhood that go along with it. Even more compelling is Castner’s account of just how hard it is to return to civilian life. Back in the U.S. with his wife and children, Castner struggles to keep at bay a host of troublesome emotions and reflexes—together denoted simply as “Crazy” in his telling. The Long Walk is both harrowing and poignant—an intensely personal story of what it takes not just to survive war, but also to fully leave behind the nightmare of combat and readapt to ordinary life."—The Daily Beast


"There are many memoirs of trauma-affected minds, and there are sure to be more coming as vets keep returning. Castner's is an opening salvo in a defensive war.... [He] maps out this new and sorrowful territory with the skill and focus of someone who has had to defuse a bomb inside his own body."—Emily Carter, Minneapolis Star Tribune


"Brian Castner writes like a man on fire in a searing memoir about dismantling bombs in Iraq - and the permanent scars he's brought home.... Then and now, Brian Castner feels like a tightly coiled spring, ready to pop at any time. And his memoir...transmits this sensation with heartbreaking mastery. His book is so viscerally engaging that it's hard to read it without shaking. Castner writes with a keen mind, sharp intellect and literary flair. His powers of observation are extraordinary — just what you would expect of a man accustomed to scanning every little pile of roadway trash for evidence of a concealed bomb. At the same time, Castner writes with the desperate immediacy of a man whose skin has been burned away.”—Brad Buchholz, Austin Statesman


“ ‘The first thing you should know about me is that I’m Crazy.’ So begins this affecting tale of a modern war and its home-front consequences.... Scarifying stuff...[that is] absolutely worth reading.”—Kirkus Reviews


"A powerful account of war and homecoming.... [A] gripping tale of intense endeavor, and also of the aftermath at home once the war zone is left behind-if it ever really is."—Blaine Taylor, Military Advisor
Read More 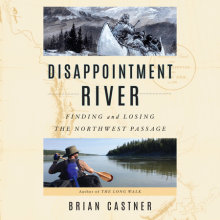