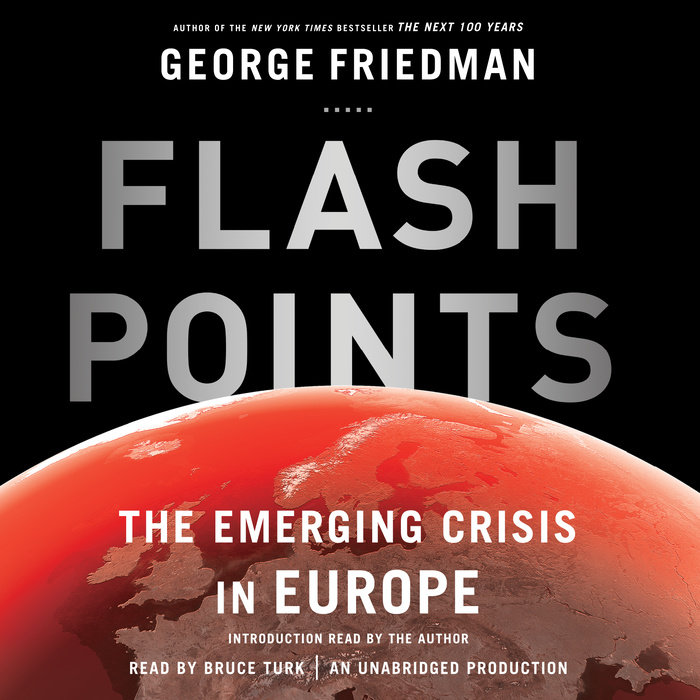 “There is a temptation, when you are around George Friedman, to treat him like a Magic 8 Ball.”  —The New York Times Magazine

With remarkable accuracy, George Friedman has forecasted coming trends in global politics, technology, population, and culture. In Flashpoints, Friedman focuses on Europe—the world’s cultural and power nexus for the past five hundred years . . . until now. Analyzing the most unstable, unexpected, and fascinating borderlands of Europe and Russia—and the fault lines that have existed for centuries and have been ground zero for multiple catastrophic wars—Friedman highlights, in an unprecedentedly personal way, the flashpoints that are smoldering once again.
The modern-day European Union was crafted in large part to minimize built-in geopolitical tensions that historically have torn it apart. As Friedman demonstrates, with a mix of rich history and cultural analysis, that design is failing. Flashpoints narrates a living history of Europe and explains, with great clarity, its most volatile regions: the turbulent and ever-shifting land dividing the West from Russia (a vast area that currently includes Ukraine, Belarus, and Lithuania); the ancient borderland between France and Germany; and the Mediterranean, which gave rise to Judaism and Christianity and became a center of Islamic life.
Through Friedman’s seamless narrative of townspeople and rivers and villages, a clear picture of regions and countries and history begins to emerge. Flashpoints is an engrossing analysis of modern-day Europe, its remarkable past, and the simmering fault lines that have awakened and will be pivotal in the near future. This is George Friedman’s most timely and, ultimately, riveting book.
Read More
One of the Wall Street Journal's Top 16 Books on Wall Street’s Spring Break Reading List

"In this insightful examination of contemporary Europe, political scientist Friedman (Next Decade) challenges the view that the European Union and its neighbors have transcended the threat of violent conflict among nations….. By dispassionately anatomizing the fears, aspirations, and interests of the key players, particularly a resurgent and resentful Russia, Friedman vividly describes a region where memories are long, perceived vulnerabilities are everywhere, and major threats have emerged rapidly and unexpectedly many times before."
--Publishers Weekly

"This nonacademic but erudite view of European history shows that the 20th century's trauma of war and violence is not quite behind us….A thoughtful, uncluttered treatise considering Europe's intractable patterns of unemployment, immigration and racism."
--Kirkus
Read More 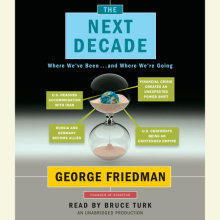