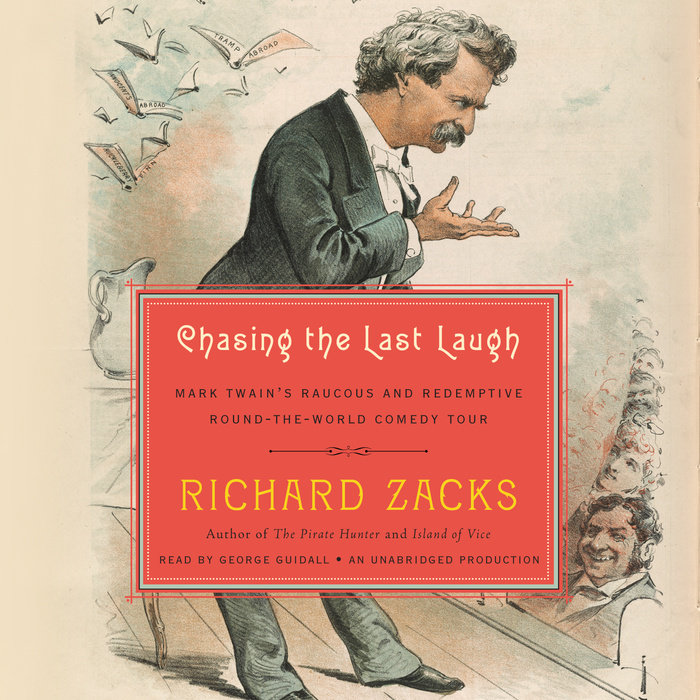 Mark Twain, the highest-paid writer in America in 1894, was also one of the nation’s worst investors. “There are two times in a man’s life when he should not speculate,” he wrote. “When he can’t afford it and when he can.” The publishing company Twain owned was failing; his investment in a typesetting device was bleeding red ink. After losing hundreds of thousands of dollars back when a beer cost a nickel, he found himself neck-deep in debt. His heiress wife, Livy, took the setback hard. “I have a perfect horror and heart-sickness over it,” she wrote. “I cannot get away from the feeling that business failure means disgrace.”
But Twain vowed to Livy he would pay back every penny. And so, just when the fifty-nine-year-old, bushy-browed icon imagined that he would be settling into literary lionhood, telling jokes at gilded dinners, he forced himself to mount the “platform” again, embarking on a round-the-world stand-up comedy tour. No author had ever done that. He cherry-picked his best stories—such as stealing his first watermelon and buying a bucking bronco—and spun them into a ninety-minute performance.
Twain trekked across the American West and onward by ship to the faraway lands of Australia, New Zealand, Tasmania, India, Ceylon, and South Africa. He rode an elephant twice and visited the Taj Mahal. He saw Zulus dancing and helped sort diamonds at the Kimberley mines. (He failed to slip away with a sparkly souvenir.) He played shuffleboard on cruise ships and battled captains for the right to smoke in peace. He complained that his wife and daughter made him shave and change his shirt every day.
The great American writer fought off numerous illnesses and travel nuisances to circle the globe and earn a huge payday and a tidal wave of applause. Word of his success, however, traveled slowly enough that one American newspaper reported that he had died penniless in London. That’s when he famously quipped: “The report of my death was an exaggeration.”
Throughout his quest, Twain was aided by cutthroat Standard Oil tycoon H.H. Rogers, with whom he had struck a deep friendship, and he was hindered by his own lawyer (and future secretary of state) Bainbridge Colby, whom he deemed “head idiot of this century.”
In Chasing the Last Laugh, author Richard Zacks, drawing extensively on unpublished material in notebooks and letters from Berkeley’s ongoing Mark Twain Project, chronicles a poignant chapter in the author’s life—one that began in foolishness and bad choices but culminated in humor, hard-won wisdom, and ultimate triumph.
Read More
"[A] colorful and fun read."
—The Washington Post

"[D]ense in action and experience. . . . Chasing the Last Laugh brings Twain’s comedy close to its wider context, and enlivens both. By situating the writer in his world and his time, biography actually makes Mark Twain funnier.”
—Flavorwire

"Not since Michael Shelden's spellbinding Mark Twain, Man in White: The Grand Adventure of His Final Years has such an impossible-to-put-down book emerged that yields fresh information about episodes in Twain's life on every page.... Zacks manages the nearly impossible feat of maintaining the momentum of his narrative while filling in the behind-the-scenes factors that add immeasurably to our grasp of the significance of each occurrence.... By committing to narrate only a portion of a pivotal decade--a biographical period often neglected except by scholars interested in Twain's growing distaste for the colonial imperialism he witnessed at firsthand--Zacks is able to explain many incidents with greater contextual background than any full-length biography can possibly allocate to them. The result is a joy to read and a lesson in what can be done to bring an era to life."
—Mark Twain Journal

“[In] Chasing the Last Laugh, Richard Zacks’s entertaining account of the international lecture tour Twain undertook in 1895 to pay his debts...Zacks’s absorbingly detailed reconstructions of [Twain’s] performances—the carefully honed timing, the shrewdly reworked and reshuffled greatest hits—will increase your appreciation of him as a show-biz craftsman.... Zacks packs page after page with the flavorful marvels he’s culled from the writings of Twain and others.”
—Bookforum

"Zacks is a gifted storyteller in his own right, which is as it should be; a master storyteller such as Mark Twain deserves nothing less. He brings that world to vivid life and finds the nuances in Twain’s interpersonal interactions.... Through thorough investigation of Twain’s notes – as well as the letters he exchanged with his two daughters who remained home – Zacks has recreated a small piece of an important and fascinating life. It’s a beautifully researched work.... This book services Twain fans of any degree – there’s plenty here for the hardcore, but the story is so quintessentially Twain that it works even if you’ve only a passing familiarity with his work. It’s an intimate look at an incredible experience, with ample helpings of the humor that made its subject so great.... Chasing the Last Laugh is a funny and revealing reminder of just how great he was."
—Main Edge

"Twain could not have picked a better chronicler than Zacks.... [H]e brings a deep knowledge of U.S. history to the task of viewing the late-19th century world through the eyes of one of the keenest literary minds America ever produced.... Zacks’ writing...shines.”
—St. Louis Post Dispatch

"Zacks does an admirable job of giving us a taste of Twain’s performances and quoting his best commentary without, for the most part, overwhelming the narrative with block quotes.... Zacks also casts new light on Twain himself."
—Washington Free Beacon

"[T]horoughly enjoyable.... In fascinating detail, Zacks documents the construction of Twain’s talks, for which material was mined from his books."
—Columbus Dispatch

"An amusing, singular account of the world tour by the nation's most famous humorist. . . . [A] rollicking history perfect for Twain's countless fans."
—Kirkus

“Chasing the Last Laugh is a funny and poignant account of Mark Twain’s late, epic struggle against debt and death. Richard Zacks has a brilliant eye for detail and the narrative gifts needed to bring out all that is strange, zany, and ultimately inspiring in this remarkable story of money, honor, and literary genius.”
—Stephen Greenblatt, Pulitzer Prize-winning author The Swerve: How the World Became Modern and Will in the World: How Shakespeare Became Shakespeare

“Chasing the Last Laugh is an intimate and fascinating account of what was basically the world’s weirdest book tour, starring the funniest writer America has ever produced. Mark Twain’s own notes and letters enrich every chapter, illuminating not only his cranky genius but the private fears and turmoil that compelled him to pack up his family and hit the road.”
— Carl Hiaasen, bestselling author of Bad Monkey and Strip Tease

“Chasing the Last Laugh is something of a miracle. This book will be a joy and revelation for Twain fans. There is a lot new here. Twain’s trip around the world—in which he speaks truth, through humor, everywhere—is a wonderful lens through which to see the dawn of America, the collapse of the British Empire, the early stirrings of colonial discontent in India. A new world is just being born and we’re along for the ride as the sharpest observer watches and narrates it all. It is, also, a really good business book.”
—Adam Davidson, Co-Host of NPR’s Planet Money

“If you read only one book on Mark Twain, I would recommend Chasing the Last Laugh. There is everything you could want here: Twain’s infinite humor and forbearance, the glistening world of the British Empire at its peak, five years on the road with possibly the funniest and wisest American of his time. Richard Zacks manages this vast subject with enviable skill. It’s a great read, entertaining as well as deeply moving, and I will be circling back to its pages soon.”
— Jay Parini, author of Empire of Self: A Life of Gore Vidal and The Last Station

“A fresh and absorbing account (involving carbuncles, platypus jokes, and a surprising bottom line) of an aging Mark Twain's outlandish passage from ruin to glory.”
— Roy Blount Jr., author of Save Room for Pie
Read More 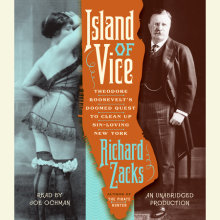 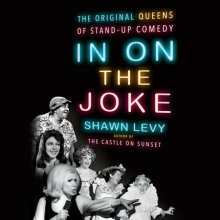