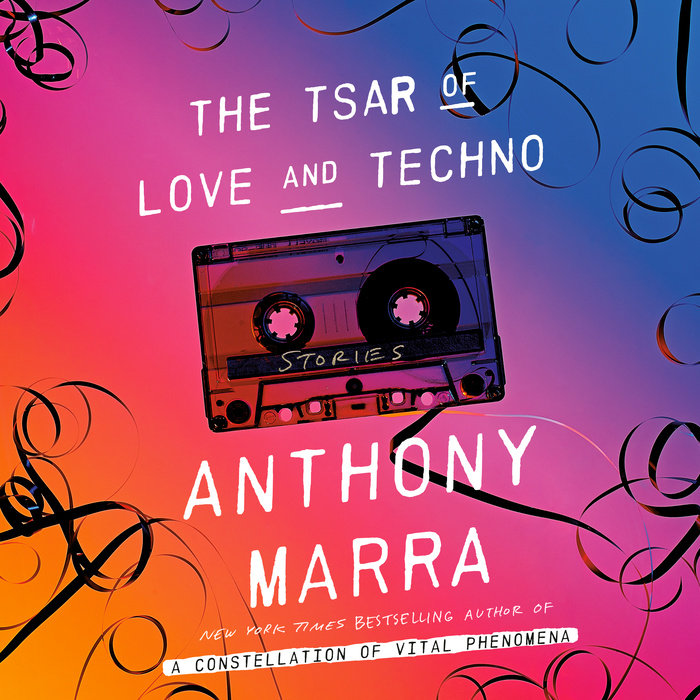 This stunning, exquisitely written collection introduces a cast of remarkable characters whose lives intersect in ways both life-affirming and heartbreaking. A 1930s Soviet censor painstakingly corrects offending photographs, deep underneath Leningrad, bewitched by the image of a disgraced prima ballerina. A chorus of women recount their stories and those of their grandmothers, former gulag prisoners who settled their Siberian mining town. Two pairs of brothers share a fierce, protective love. Young men across the former USSR face violence at home and in the military. And great sacrifices are made in the name of an oil landscape unremarkable except for the almost incomprehensibly peaceful past it depicts.

In stunning prose, with rich character portraits and a sense of history reverberating into the present, The Tsar of Love and Techno is a captivating work from one of our greatest new talents.
Read More

Praise for The Tsar of Love and Techno:

“[E]xtraordinary… Each story is a gem in itself. But the book is greater than its parts, an almost unbearably moving exploration of the importance of love, the pull of family, the uses and misuses of history, and the need to reclaim the past by understanding who you really are and what really happened…He starts this miracle of a book by showing us how a system can erase the past, the truth, even its citizens. He ends by demonstrating, through his courageous, flawed, deeply human characters, how individual people can restore the things that have been taken away. And if you’ve been worrying that you’ve lost your faith in the emotionally transformative power of fiction – Mr. Marra will restore that, too.”
-Sarah Lyall, The New York Times

“Remarkable…Marra is a gifted writer with the energy and the ambition to explore the lives of characters whose experiences and whose psyches might seem, until we read his work, so distant from our own. Reading his work is like watching the restoration — the reappearance, on the page — of those whom history has erased.”
-Francine Prose, Washington Post

“This book will burn itself into your heart. It’s a collection of interlocking short stories that stand alone but also fit together, piece by delicate piece, to form an astonishing whole whose artfulness becomes increasingly clear as it goes on. The Tsar of Love and Techno swoops around in time and place, beginning in Stalinist Russia and ending somewhere in outer space in the near future. It’s funny, moving and beautiful, the perfect thing to read.”
-New York Times

“Audacious… [an] ambitious and fearless [book], one that offers so much to enjoy and admire...Marra’s far-ranging, risky and explicitly political book marks him as a writer with an original, even singular sensibility.”
-New York Times Book Review

“Genius...what makes this (dare I say) masterpiece so stunning is Marra’s clear love for his subject and insistence on infusing beauty into even the darkest places…It’s nothing short of extraordinary.”
-San Francisco Chronicle

"Marra’s nine stories, cunningly set out like strewn mosaic tiles that keep self-rearranging until they cohere into a complex, cathartic whole, demand to be read in order...Marra here emerges with an oxygenizing wisdom and an arsenal of wit as inexhaustible as it is unlikely.”
-Boston Globe

“Dazzling… with its multiple narratives and recurring characters it certainly recalls both Jennifer Egan's "A Visit From the Goon Squad" (a novel) and Elizabeth Strout's "Olive Kitteridge"(short stories). By the time you reach Marra's astonishing final story about Kolya, "The End" — set, a dateline tells us, in "Outer Space, Year Unknown" — the book has achieved a heart-rending cumulative power.”
-Tom Beer, Newsday

“Like Nabokov, Marra is a writer for whom essential truths are found in detail… The nine interlocking stories grip from the off with their dry tone and meticulously realised worlds of totalitarian life and its aftermath. Characters appear, disappear and reappear throughout the collection, graceful as a troupe of dancers in the author’s assured hands.… His stories have subtle nods to the Russian greats (Chekhov’s gun, the lady with the lapdog) and more overt echoes of the writing of Kafka and Orwell in the tales of totalitarian living.”
-The Irish Times

“Cobbled together as a sort of mixtape itself (with four stories under “Side A,” four under “Side B,” and a single-story intermission), Marra’s latest work is tender, touching, haunting at times and humorous at others—in short, a feat.”
-Thomas Harlander, Los Angeles Magazine

"Some books are love at first read, and this is one of them. Anthony Marra, author of A Constellation of Vital Phenomena, delivers his first collection of intimately tied stories (it kind of reads as a novel, actually), arranged into Side A and B and Intermission. With language as precise as a razor blade, Tsartakes us throughout Russia from 1937 to the present with a connected group of characters who, through their explosive escapades, demonstrate the peculiarities and nuances of life. It has everything: humor, action, suspense, drama — I'm going to go ahead and call it brilliant."
-Meredith Turits, Bustle.com

"Marra, in between bursts of acidic humor, summons the terror, polluted landscapes, and diminished hopes of generations of Russians in a tragic and haunting collection."
-Booklist (starred)

"With generosity of spirit and a surprising dash of humor, these artfully woven narratives coalesce into a majestic whole."
-Library Journal (starred)

“Powerful…strikingly reimagines a nearly a century of changes in Russia. [T]he book’s brilliance and humor are laced with the somber feeling that the country is allergic to evolution."
-Kirkus Reviews (starred)

“As in his acclaimed novel, Marra finds in Chechnya an inspiration for his uniquely funny, tragic, bizarre, and memorable fiction.”
-Publishers Weekly (starred)

"Love and betrayal reverberate through these nine deftly linked stories... With this collection, Marra has created a stunning portrait of a place and its indelible inhabitants."
-Dawn Raffel, More

“We know we are in the realm of fiction, but Marra makes it all feel viscerally real. He has mined modern Russian history for all it is worth to create a masterful novel.”
-Russian Life Magazine

“Treat yourself to these wise works of art set in Siberia, the USSR, and the heart.”
-Refinery29

Love, Art, and Rebellion in THE TSAR OF LOVE AND TECHNO by Anthony Marra 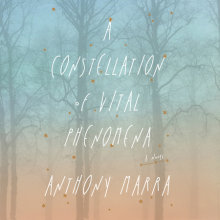