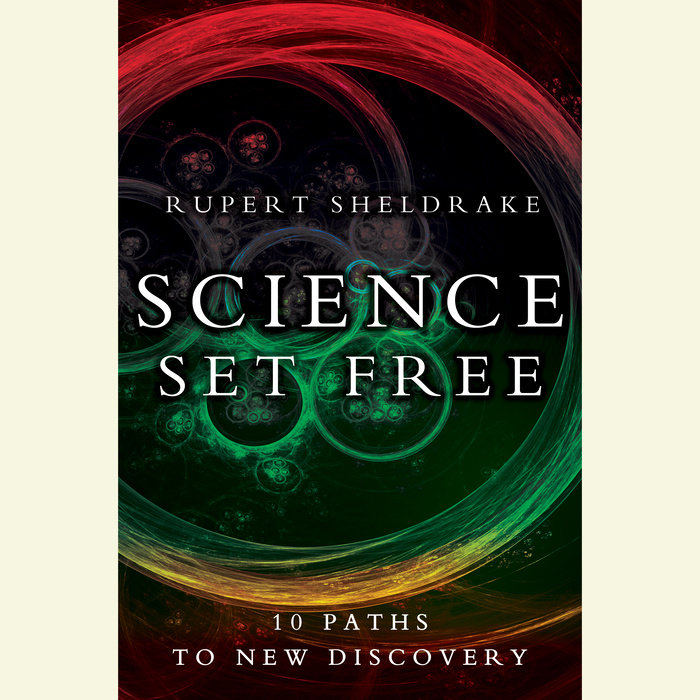 Written by: Rupert Sheldrake
Read by: Rupert Sheldrake
12 Hours and 52 Minutes Imprint: Random House Audio Genre: Science - Space Science - Cosmology Release Date: September 04, 2012
The bestselling author of Dogs That Know When Their Owners Are Coming Home offers an intriguing new assessment of modern day science that will radically change the way we view what is possible.

In Science Set Free (originally published to acclaim in the UK as The Science Delusion), Dr. Rupert Sheldrake, one of the world's most innovative scientists, shows the ways in which science is being constricted by assumptions that have, over the years, hardened into dogmas. Such dogmas are not only limiting, but dangerous for the future of humanity.

According to these principles, all of reality is material or physical; the world is a machine, made up of inanimate matter; nature is purposeless; consciousness is nothing but the physical activity of the brain; free will is an illusion; God exists only as an idea in human minds, imprisoned within our skulls.

But should science be a belief-system, or a method of enquiry? Sheldrake shows that the materialist ideology is moribund; under its sway, increasingly expensive research is reaping diminishing returns while societies around the world are paying the price.

In the skeptical spirit of true science, Sheldrake turns the ten fundamental dogmas of materialism into exciting questions, and shows how all of them open up startling new possibilities for discovery.

Science Set Free will radically change your view of what is real and what is possible.
Read More

"Science is ready to evolve beyond materialism and dogma. Rupert Sheldrake is a pioneer who is paving the way for the future of the sciences."
—Deepak Chopra, M.D., author of War of the Worldviews

“This provocative and engaging book will make you question basic assumptions of Western science.  I agree with Rupert Sheldrake that, among other problems, those assumptions hinder medical progress because they severely limit our understanding of health and illness. I will recommend Science Set Free to my colleagues, students, patients, and friends.”
—Andrew Weil, M.D., author of Spontaneous Happiness

“Rupert Sheldrake may be to the 21st century what Charles Darwin was to the 19th:  someone who sent science spinning in wonderfully new and fertile directions.  The only thing that is certain in science is that it will change.  In SCIENCE SET FREE, Sheldrake gives us an inspiring picture of what these changes are likely to be."
—Larry Dossey, M.D. author of Reinventing Medicine

“Science is often portrayed as a paragon of intellectual freedom. It's a quaint idea, but it's not true. Some key concepts in science have hardened into unshakeable, unquestioned dogma. Science Set Free exposes ten of the key dogmas of modern times. If even one is slightly off, then the scientific world is in for a shock, and the aftershocks will have huge impacts on technology, medicine, and religion. Rupert Sheldrake skillfully examines each dogma and argues, with evidence, that all ten dogmas are wrong. After reading this book I am persuaded that he's right. If you agree that science must be freed from the shackles of antiquated beliefs, then read this book. If you don't agree, then read it twice.”
—Dean Radin, Ph.D., author of The Conscious Universe

“This is a terrific, engrossing book that throws open the shutters to reveal our world to be so much more intriguing and profound than could ever have been supposed.”
—James Le Fanu, author of The Rise and Fall of Modern Medicine

“Certainly we need to accept the limitations of much current dogma and keep our minds as open as we reasonably can. Sheldrake may help us do so through this well-written, challenging, and always interesting book.”
—Sir Crispin Tickell, Financial Times

“A fascinating, humane, and refreshing book that any layman can enjoy. . . . Dr. Sheldrake wants to bring energy and excitement back into science . . . He has already done more than any other scientist alive to broaden the appeal of the discipline, and readers should get their teeth into the important and astounding book.”
—Jason Goodwin, Country Life
Read More