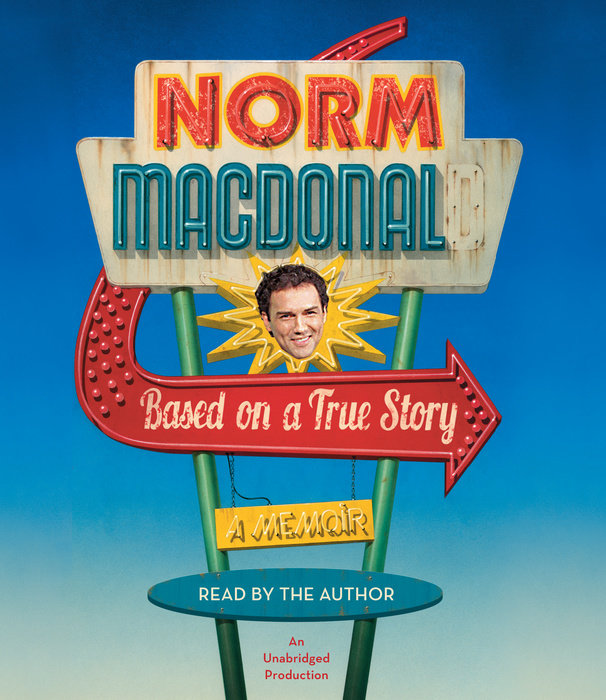 When Norm Macdonald, one of the greatest stand-up comics of all time, was approached to write a celebrity memoir, he flatly refused, calling the genre “one step below instruction manuals.” Norm then promptly took a two-year hiatus from stand-up comedy to live on a farm in northern Canada. When he emerged he had under his arm a manuscript, a genre-smashing book about comedy, tragedy, love, loss, war, and redemption. When asked if this was the celebrity memoir, Norm replied, “Call it anything you damn like.”
Read More
“A driving, wild and hilarious ramble of a book, what might have happened had Hunter S. Thompson embedded himself in a network studio.”—The Washington Post

“Hilarious and filled with turns of phrase and hidden beauty like only a collection of Norm Macdonald stories could be.”—Esquire

“My three favorite books:
1. The Bible, by Moses and other guys
2. The Art of the Deal, by President of the United States of America, Donald J. Trump (a.k.a. President Trumpy)
3. Based on a True Story, by Norm Macdonald

I have not read the first two. I have read Based on a True Story, and I believe it to be largely bullshit, but it is very, very, very funny! Thanks, Norm, for letting me be part of this Booker Prize–for–literature–quality effort.”—David Letterman

“Norm is one of my all-time favorites, and this book was such a great read I forgot how lonely I was for a while.”—Amy Schumer

“I always thought Normie’s stand-up was the funniest thing there was. But this book gives it a run for its money.”—Adam Sandler

“Norm is one of the greatest stand-up comics who’s ever worked—a totally original voice. His sense of the ridiculous and his use of juxtaposition in his writing make him a comic’s comic. We all love Norm.”—Roseanne Barr

“Norm Macdonald is more than a triple threat—he’s a septuple threat. He is smart, funny, wry, rakish, polite, rakish . . . no, wait. He is polite, insightful, and . . . aaaaah . . . warm. No. He’s exciting. Yeah. Exciting! You never know what he’ll do. Okay, then make that unpredictable. Add that up. He’s amazing.”—Alec Baldwin

“Norm only has to grunt to make me laugh. And this book is three hundred pages? Sign me up.”—Sophia Amoruso, author of #GIRLBOSS

“Norm is a double threat. His material and timing are both top-notch, which is unheard of. He is one of my favorites, both on- and off-stage.”—Dave Attell

“David Letterman said it best: There is no one funnier than Norm Macdonald.”—Rob Schneider
Read More