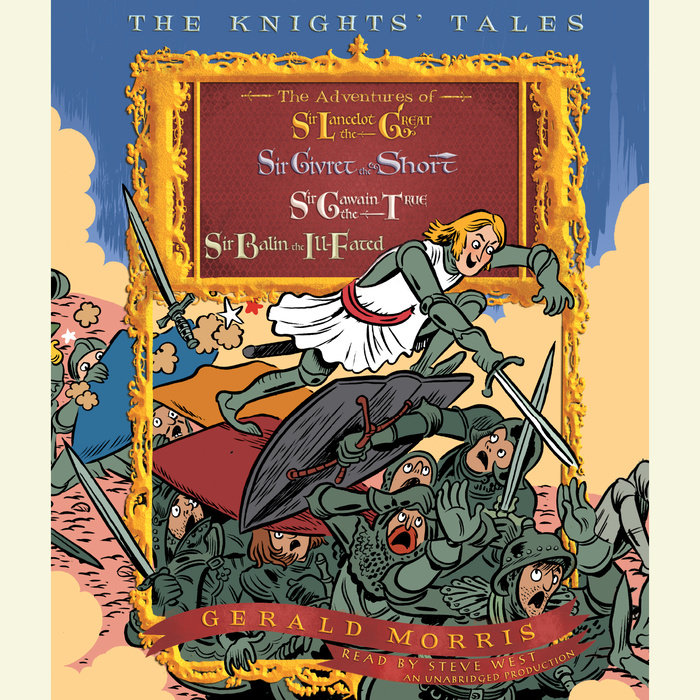 Written by: Gerald Morris
Read by: Steve West
6 Hours and 5 Minutes Imprint: Listening Library Ages 8-12 years Release Date: February 12, 2013
ALSC Notable Children's Recordings
Many years ago, the storytellers say, the great King Arthur brought justice to England with the help of his gallant Knights of the Round Table.

Sir Lancelot the Great
Of these worthy knights, there was never one so fearless, so chivalrous, so honorable, so…shiny as the dashing Sir Lancelot, who was quite good at defending the helpless and protecting the weak, just as long as he’d had his afternoon nap.

Sir Givret the Short
Poor Givret: his size makes him so easy to overlook. But there’s more to knighthood than height, and before long, Givret’s quick thinking lands him a place at the famous Round Table!

Sir Gawain the True
The knights didn’t always act quite as gallantly as a true knight should. Even King Arthur’s nephew, known at that time as Sir Gawain the Undefeated, was too full of himself to accept a token of thanks from a rescued princess! Someone needed to teach Sir Gawain that courtesy and friendship are just as important as strength and courage. 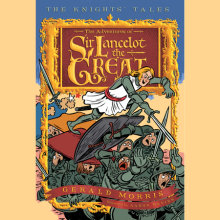 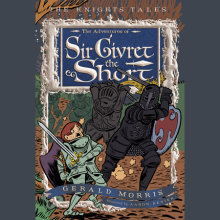 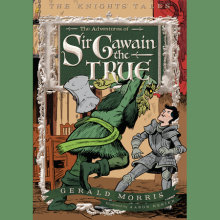 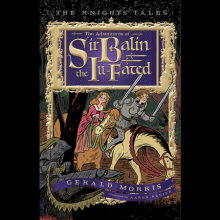