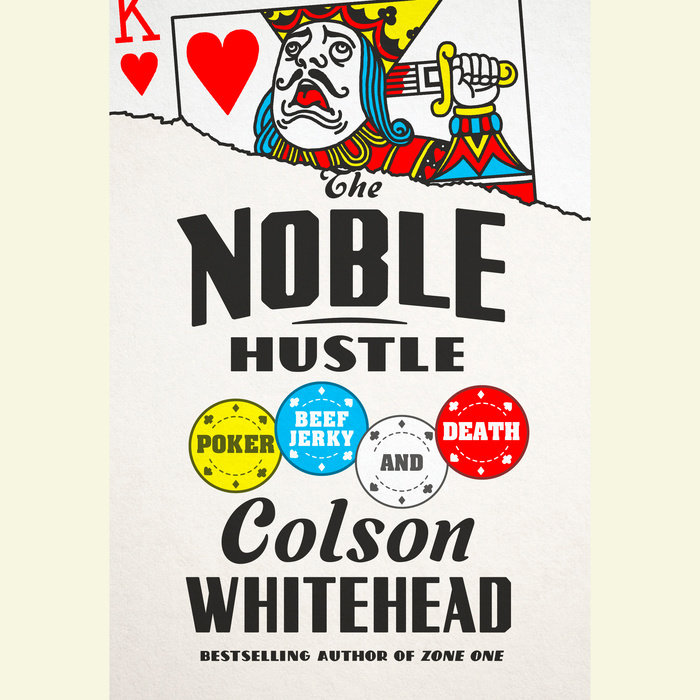 The Noble Hustle is Pulitzer finalist Colson Whitehead’s hilarious memoir of his search for meaning at high stakes poker tables, which the author describes as “Eat, Pray, Love for depressed shut-ins.”


On one level, The Noble Hustle is a familiar species of participatory journalism--a longtime neighborhood poker player, Whitehead was given a $10,000 stake and an assignment from the online online magazine Grantland to see how far he could get in the World Series of Poker.  But since it stems from the astonishing mind of Colson Whitehead (MacArthur Award-endorsed!), the book is a brilliant, hilarious, weirdly profound, and ultimately moving portrayal of--yes, it sounds overblown and ridiculous, but really!--the human condition.


After weeks of preparation that included repeated bus trips to glamorous Atlantic City, and hiring a personal trainer to toughen him up for sitting at twelve hours a stretch, the author journeyed to the gaudy wonderland that is Las Vegas – the world’s greatest “Leisure Industrial Complex” -- to try his luck in the multi-million dollar tournament.   Hobbled by his mediocre playing skills and a lifelong condition known as “anhedonia” (the inability to experience pleasure) Whitehead did not – spoiler alert!  - win tens of millions of dollars.  But he did chronicle his progress, both literal and existential, in this unbelievably funny, uncannily accurate social satire whose main target is the author himself.

Whether you’ve been playing cards your whole life, or have never picked up a hand, you’re sure to agree that this book contains some of the best writing about beef jerky ever put to paper.

Read More
"Whitehead serves up an engrossing mix of casual yet astute reportage and hang-dog philosophizing, showing us that, for all of poker’s intricate calculations and shrewd stratagems, everything still hangs on the turn of a card."
- Publishers Weekly (Starred Review)

"As a novelist of considerable range, Whitehead consistently writes about more than he's ostensibly writing about...here writing a poker book that should strike a responsive literary chord with some who know nothing about the game...Engaging in its color and character."
-Kirkus Reviews

"Colloquial, with many personal digressions and heavy on pop-culture references, it reads like a memoir crossed with a literary guide to the often bizarre world of casino-poker tournaments..."
-The Wall Street Journal

"[Whitehead's] reporting on the grimy glitz of casinos and competitive gambling has a funny, tragic, loser-chic sesibility."
-The New Yorker

"Whitehead goes to the table himself, and like a reporter on the front line of battle, he files stories as the action heats up...[Whitehead] uses poker to expand our sense of how human beings work."
-The New York Times Book Review

"Mordantly funny from the first sentence...Mr. Whitehead may not have gone home in the money, but he has a way with upstanding sentences."
-The Economist

"...Clever and entertaining, and Whitehead employs entertaining throw-away lines that make you think"
-The Miami Herald

"Whitehead proves a brilliant sociologist of the poker world. He evokes the physical atmosphere vividly, 'the sleek whisper of laminated paper jetting across the table,' as the dealer shuffles. But he also conjures the human terrain, laying bare his own psychology and imagining his way into the minds of others. His book affirms what David Foster Wallace's best nonfiction pieces made so clear: It's a great idea... to turn a gifted novelist loose on an odd American subculture and see what riches are unearthed"
- The Boston Globe

"When a writer is good enough to blur the line between fiction and reality, that's a trick I like to see over and over again...The Noble Hustle is a book that says a lot about America without trying to make any grand sweeping statements; it works because Whitehead paid close attention to everything going on around him, and distilled it in his own unique way... The Noble Hustle, though, is just as great of a look at a real America as it is a book about poker, all seen through the eyes of a writer we know best through the very unreal world of fiction."
-Flavorwire.com

"Shares with [David Foster] Wallace's work the close attention of a wry, sharp intelligence to a populist pastime, a mix of casual and highfalutin diction, a self-deprecating voice that you're never sure is totally truthful in its deprecation, and a fondness for broad cultural pronouncements... Whitehead hips us to the popularity and atmosphere of the contemporary game, all without our having to endure a bus trip to Reno or have everything removed from our pockets but the lint."
-The San Francisco Chronicle

"The Noble Hustle is fierce, funny and totally worth the buy-in."
-New York Daily News

"Whitehead captures the sketchy and zombielike nature of poker tournament play well enough to leave you wishing this book came with a free bottle of Purell."
-Entertainment Weekly

"This is not one of those poker books about a gang of math whizzes from Harvard who go to Vegas and win a gazillion dollars... A self-described citizen of the Republic of Anhedonia, whose residents are unable to experience pleasure, Whitehead, author of Zone One and other novels, agress to enter the World Series of Poker in Las Vegas and see how far his half-dead poker face and a $10,000 stake can take him... Whitehead's account may seem at first like just another 'sad story about a pair of Jacks,' but it's really something very different, much sadder and much, much funnier. He calls his book 'Eat, Pray, Love for depressed shut-ins,' and that pretty much says it, if you remember that the eating part is mostly about beef jerky and the praying is for a pair of aces."
-Booklist  (Starred Review)

"In 2011, Whiting Writers' Award-winning author Whitehead (Zone One) attended and participated in the World Series of Poker...Hilarity ensued...Entertaining and absorbing, Whitehead's look at the subculture of gambling and casino tournaments will appeal even to nongambling readers. Also recommended for those who enjoy memoir."
-Library Journal

"The Noble Hustle, a darkly humorous work of participatory reportage that finds [Whitehead] (a decided amateur) attempting to play poker with the pros... Hustle is a hoot... Whitehead proves an ideal observer of poker culture... the tale he tells is much more than that of an odds-against-him novice. It's a story of a writer befuddled by fatherhood and middle age. Whitehead may not triumph at the tables, but his new book is a winner."
- Bookpage

"...an engine of revved-up witticisms and one-liners."
-The East Hampton Star

"...the narrative glides to a graceful, evocative and crystalline conclusion."
-The Buffalo News 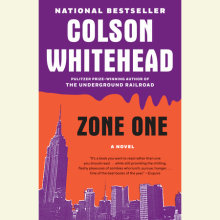