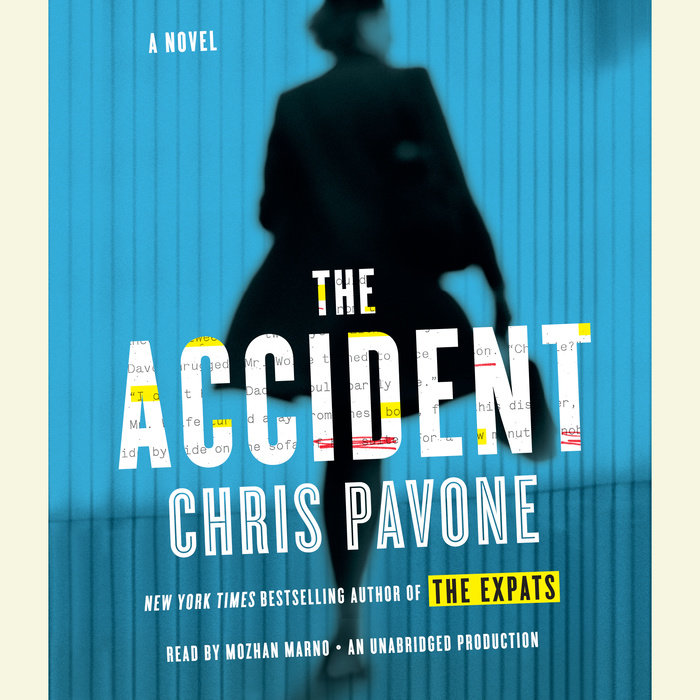 As dawn approaches in New York, literary agent Isabel Reed is turning the final pages of a mysterious, anonymous manuscript, racing through the explosive revelations about powerful people, as well as long-hidden secrets about her own past. In Copenhagen, veteran CIA operative Hayden Gray, determined that this sweeping story be buried, is suddenly staring down the barrel of an unexpected gun. And in Zurich, the author himself is hiding in a shadowy expat life, trying to atone for a lifetime’s worth of lies and betrayals with publication of The Accident, while always looking over his shoulder.

Over the course of one long, desperate, increasingly perilous day, these lives collide as the book begins its dangerous march toward publication, toward saving or ruining careers and companies, placing everything at risk—and everyone in mortal peril.  The rich cast of characters—in publishing and film, politics and espionage—are all forced to confront the consequences of their ambitions, the schisms between their ideal selves and the people they actually became.

The action rockets around Europe and across America, with an intricate web of duplicities stretching back a quarter-century to a dark winding road in upstate New York, where the shocking truth about the accident itself is buried.

Gripping, sophisticated, layered, and impossible to put down, The Accident proves once again that Chris Pavone is a true master of suspense.

“[Pavone is] a reliable new must-read in the world of thrillers. . . . You will want to finish The Accident at a nice, rapid clip to see how [the] pieces come together. . . . Unputdownable.” —The New York Times

“If you like real nail-biters, this is the best one so far this year. . . . Couldn’t put the damn thing down.” —Stephen King, on Twitter

“Smart and stylish. . . . Thrill-a-minute. . . . The Accident never stumbles as it confidently and most entertainingly barrels forward toward shocking revelations and a bombshell of a finish.” —Chicago Tribune

“Chris Pavone is the new best thing. The Accident proves the promise of The Expats. It is as intelligent and timely as it is relentless and gripping. Pavone is going to be around for a long time and now is the time to jump on the train.” —Michael Connelly

“The thriller-of-the-year. . . . Pavone’s characters seem genuine, with some flaws in the good guys and some virtues in the bad guys.” —St. Louis Post-Dispatch

“A propulsive A-train of a thrill ride and worthy successor to Pavone’s debut.” —Los Angeles Times

“A fast-paced, dangerous ride. . . . That intricate plot [propels you] forward, twisting and turning right up to its final, ultimately satisfying conclusion.” —Fort Worth Star-Telegram

“[Pavone] has outdone himself with this amazing thriller. . . . Full of constant surprises [The Accident] is jam-packed with everything from media moguls to conspiracies. This is a truly great read!” —Suspense Magazine

“Tantalizing. . . . With terrific surprises and high-quality writing in this engaging thriller.” —Associated Press

“A high-wire thriller featuring a Wolfe-ian cast of characters.” —Vogue.com

“Pavone’s plot twists tirelessly, shifting focus among a large cast of well-drawn characters. . . . many readers will read this one through the night.” —Booklist (starred review)

“Pavone knows the formula for a best-seller and keeps the reader turning the pages.” —Kirkus

“Chris Pavone's many fans will not be disappointed with The Accident, his fast-paced, twisting, smart follow-up to The Expats. Cleverly plotted, filled with surprises, a terrific read.” —William Landay, New York Times bestselling author of Defending Jacob

“The world of book publishing has never been more perilous or mesmerizing than in Chris Pavone’s dizzyingly good follow-up to The Expats. The dark eruption of long-buried secrets, complex betrayals further snagged by sex and greed, and eleventh-hour desperate gambits for reinvention all propel a whirlwind story that will keep you up way past your bedtime. Crafty, stylish, satisfying.”  —Paula McLain, New York Times bestselling author of The Paris Wife

“Clever, sophisticated, and propulsive.  I am constantly awed by Chris Pavone's writing.  He's already one of the best in the thriller business.” —Joseph Finder, New York Times bestselling author of Paranoia and Suspicion

Praise for The Expats

"Sly. . . . Pavone strengthens this book with a string of head-spinning revelations in its last pages. . . . The tireless scheming of all four principals truly exceeds all sane expectations.” —The New York Times

“A gripping spy drama and an artful study of the sometimes cat-and-mouse game of marriage.” —Family Circle

“Expertly and intricately plotted, with a story spiraling into disaster and a satisfyingly huge amount of double-crossing, The Expats certainly doesn’t feel like a first novel. This is an impressively assured entry to the thriller scene.” —The Guardian (London)

“Refreshingly original. . . . Part Ludlum in the pacing, part Le Carré in the complexity of story and character, but mostly Chris Pavone. . . . A thriller so good that you wonder what other ideas [Pavone] has up his cloak, right alongside the obligatory dagger.” —The Star-Ledger

“Amazing. . . . Impossible to put down. . . . Pavone invokes memories of the great writers of spy fiction of the past, and he has the chops to be mentioned with the best of them.” —Associated Press

“A blast. . . . Pavone is spinning a fantastic tale with action that spans the globe.” —Dallas Morning News

“Stunningly assured. . . . An intricate, suspenseful plot that is only resolved in the final pages.” —Booklist (starred review)

“Meticulously plotted, psychologically complex. . . . The sheer amount of bombshell plot twists are nothing short of extraordinary, but it’s Pavone’s portrayal of Kate and her quest to find meaning in her charade of an existence that makes this book such a powerful read.” —Publishers Weekly (starred review)

“Impressive. . . . With almost more double-crosses than a body can stand.” —Kirkus (starred review)

“I often thought I was again reading the early works of Ken Follett, Frederick Forsyth, and Robert Ludlum. Smart, clever suspense, skillfully plotted, and a lot of fun to read.” —John Grisham

“One of the best-written spy thrillers I've ever read. . . . A riveting story of great-game deceptions wrapped inside the smaller deceptions of marriage. At moments horrifying, hilarious, and very wise, The Expats has given Chris Pavone a permanent place on my short list of must-read authors.” —Olen Steinhauer

“A gem. Clever, suspenseful with a jet fueled story that rockets from one corner of the globe to another, it is never less than a thrill a minute. . . . An absolute winner!” —Christopher Reich

“Spy stories need to budge over to make space for Kate Moore—mother, wife, expat and far more than she appears. I loved her.” —Rosamund Lupton

“Riveting. One of the most accomplished debuts of recent years: not just a worthy addition to the literature of espionage and betrayal, but a fine portrait of a marriage disintegrating under the pressure of secrets and lies.” —John Connolly
Read More 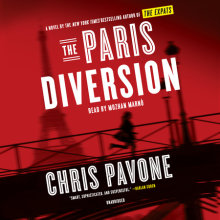 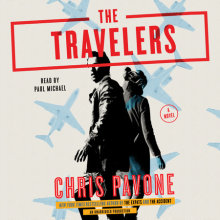 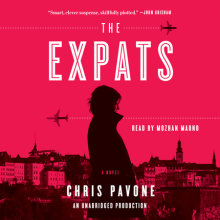