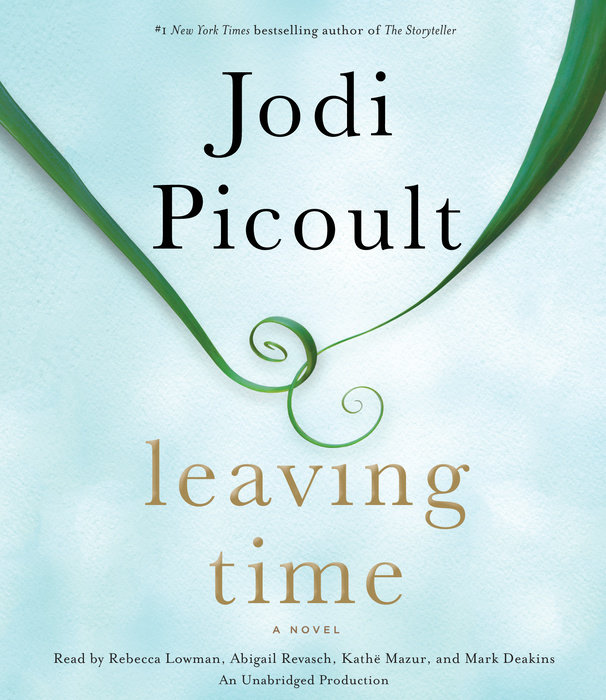 Written by: Jodi Picoult
Read by: Rebecca Lowman, Abigail Revasch, Kathe Mazur & Mark Deakins
15 Hours and 12 Minutes Imprint: Random House Audio Genre: Fiction - Women Release Date: October 14, 2014
Throughout her blockbuster career, #1 New York Times bestselling author Jodi Picoult has seamlessly blended nuanced characters, riveting plots, and rich prose, brilliantly creating stories that “not only provoke the mind but touch the flawed souls in all of us” (The Boston Globe). Now, in her highly anticipated new book, she has delivered her most affecting novel yet—and one unlike anything she’s written before.

For more than a decade, Jenna Metcalf has never stopped thinking about her mother, Alice, who mysteriously disappeared in the wake of a tragic accident. Refusing to believe that she would be abandoned as a young child, Jenna searches for her mother regularly online and pores over the pages of Alice’s old journals. A scientist who studied grief among elephants, Alice wrote mostly of her research among the animals she loved, yet Jenna hopes the entries will provide a clue to her mother’s whereabouts.

Desperate to find the truth, Jenna enlists two unlikely allies in her quest. The first is Serenity Jones, a psychic who rose to fame finding missing persons—only to later doubt her gifts. The second is Virgil Stanhope, a jaded private detective who originally investigated Alice’s case along with the strange, possibly linked death of one of her colleagues. As the three work together to uncover what happened to Alice, they realize that in asking hard questions, they’ll have to face even harder answers.

As Jenna’s memories dovetail with the events in her mother’s journals, the story races to a mesmerizing finish. A deeply moving, gripping, and intelligent page-turner, Leaving Time is Jodi Picoult at the height of her powers.

“The Elephant” from NATURAL HISTORY by Dan Chiasson, copyright ©2005 by Dan Chiasson. Used by permission of Alfred A. Knopf, an imprint of the Knopf Doubleday Publishing Group, a division of Random House LLC. All rights reserved.

“Picoult writes with a fine touch, a sharp eye for detail, and a firm grasp of the delicacy and complexity of human relationships.”—The Boston Globe

“Picoult is a master of the craft of storytelling.”—Associated Press
Read More
“Piercing and uplifting . . . a smart, accessible yarn with a suspenseful puzzle at its core.”—The Boston Globe

“In Jenna, [Jodi] Picoult has created an unforgettable character who will easily endear herself to each and every reader. . . . Leaving Time may be her finest work yet.”—Bookreporter

“[A] captivating and emotional story.”—BookPage

“With plenty of twists and a surprising ending, [Leaving Time] explores the grieving process and what happens when we cannot move on.”—Woman’s Day

“A moving and emotional story.”—Pittsburgh Post-Gazette

“A truly engaging read . . . Full of the deep characters and multilayered story lines that have earned [Picoult] a spot in many readers’ hearts.”—Library Journal 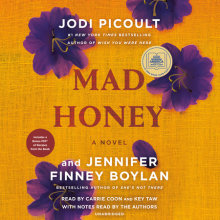 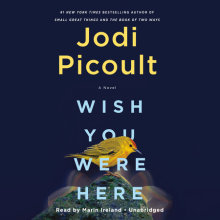 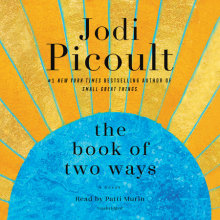 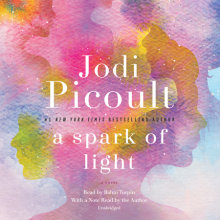