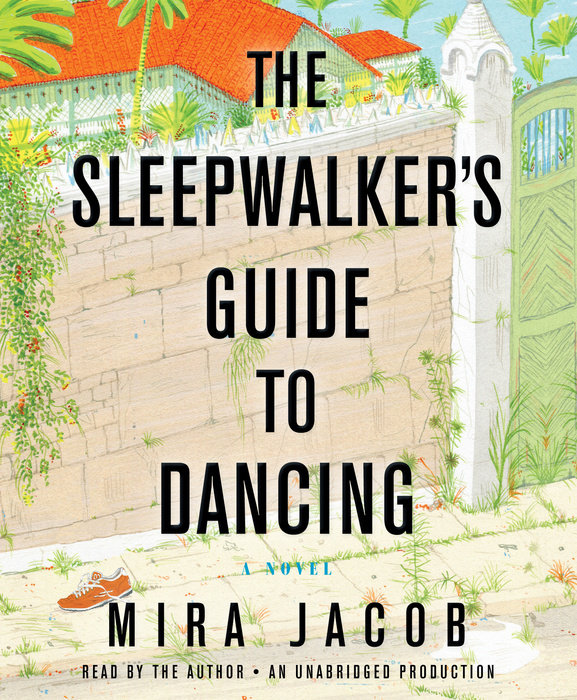 “With wit and a rich understanding of human foibles, [Mira] Jacob unspools a story that will touch your heart.”—People

NAMED ONE OF THE BEST BOOKS OF THE YEAR BY THE BOSTON GLOBE, KIRKUS REVIEWS, BUSTLE, AND THE MILLIONS

With depth, heart, and agility, debut novelist Mira Jacob takes us on a deftly plotted journey that ranges from 1970s India to suburban 1980s New Mexico to Seattle during the dot.com boom. The Sleepwalker’s Guide to Dancing is an epic, irreverent testimony to the bonds of love, the pull of hope, and the power of making peace with life’s uncertainties.

Celebrated brain surgeon Thomas Eapen has been sitting on his porch, talking to dead relatives. At least that is the story his wife, Kamala, prone to exaggeration, tells their daughter, Amina, a photographer living in Seattle.

Reluctantly Amina returns home and finds a situation that is far more complicated than her mother let on, with roots in a trip the family, including Amina’s rebellious brother Akhil, took to India twenty years earlier. Confronted by Thomas’s unwillingness to explain himself, strange looks from the hospital staff, and a series of puzzling items buried in her mother’s garden, Amina soon realizes that the only way she can help her father is by coming to terms with her family’s painful past. In doing so, she must reckon with the ghosts that haunt all of the Eapens.
Read More
“Jacob’s novel is light and optimistic, unpretentious and refreshingly witty. Jacob has created characters with evident care and treats them with gentleness even as they fight viciously with each other. Her prose is sharp and true and deeply funny. . . . This is the literary fiction I will be recommending to everyone this summer, especially those who love multigenerational, multicultural family sagas.”—Associated Press

“This debut novel so fully envelops the reader in the soul of an Indian-American immigrant family that it's heart-wrenching to part with them. . . . Thanks to Jacob’s captivating voice, which is by turns hilarious and tender and always attuned to shifts of emotion, her characters shimmer with life. [Grade:] A-”—Entertainment Weekly

“The Sleepwalker’s Guide to Dancing is a rich, engrossing debut told with lightness and care, as smart about grief as it is about the humor required to transcend it.”—The Kansas City Star

“[A] sprawling, poignant, often humorous novel that’s worth missing cocktails on the deck in order to finish a chapter . . . Told with humor and sympathy for its characters, the book serves as a bittersweet lesson in the binding power of family, even when we seek to break out from it.”—O: The Oprah Magazine

“Beautifully wrought, frequently funny, gently heartbreaking . . . Moving forward and back in time, Jacob balances comedy and romance with indelible sorrow, and she is remarkably adept at tonal shifts. When her plot springs surprises, she lets them happen just as they do in life: blindsidingly right in the middle of things.”—The Boston Globe

“Always engrossing and often feels so true to life that it’s a surprise that it’s not.”—The Austin Chronicle

“Comparisons of Jacob to Jhumpa Lahiri are inevitable; . . . both write with naked honesty about the uneasy generational divide among Indians in America and about family in all its permutations.”—Kirkus Reviews (starred review)

“Punchy, clever, and stuffed with delicious chapatis, Mira Jacob’s first novel jumps effortlessly from India to the States, creating a vibrant portrait of a world in flux.”—Gary Shteyngart, author of Little Failure

“The Sleepwalker’s Guide to Dancing seizes the reader early and never lets go. Its electricities reside in Mira Jacob’s acute details and the sadness, anger, and humor of her characters. This novel tells many wonderful stories while also telling, beautifully, the story that counts the most.”—Sam Lipsyte, author of The Fun Parts

“Mira Jacob has written an utterly dazzling, epic debut. The story of an Indian American family is at once completely relatable and totally fresh. A beautifully timed novel, The Sleepwalker’s Guide to Dancing is intricately woven and sparklingly played out, and it triumphs. I did not want this breathtaking book to end.”—Julie Klam, author of Friendkeeping
Read More

8 Family Sagas to Listen to 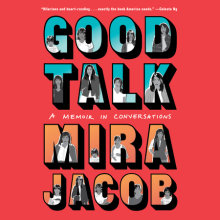