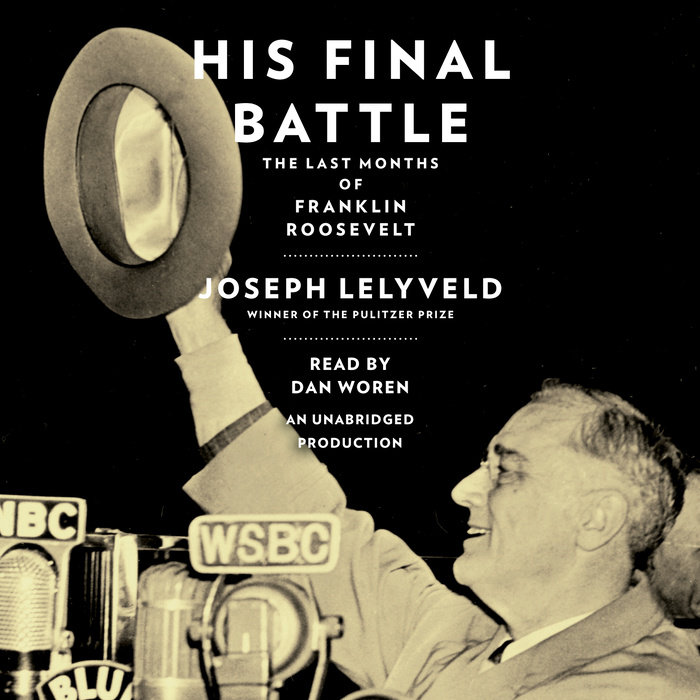 “By far the most enigmatic leading figure” of World War II. That’s how the British military historian John Keegan described Franklin D. Roosevelt, who frequently left his contemporaries guessing, never more so than at the end of his life. Here, in a hugely insightful account, a prizewinning author and journalist untangles the narrative threads of Roosevelt’s final months, showing how he juggled the strategic, political, and personal choices he faced as the war, his presidency, and his life raced in tandem to their climax.

The story has been told piecemeal but never like this, with a close focus on Roosevelt himself and his hopes for a stable international order after the war, and how these led him into a prolonged courtship of Joseph Stalin, the Soviet dictator, involving secret, arduous journeys to Tehran and the Crimea. In between, as the war entered its final phase, came the thunderbolt of a dire medical diagnosis, raising urgent questions about the ability of the longest-serving president to stand for a fourth term at a time when he had little choice. Neither his family nor top figures in his administration were informed of his diagnosis, let alone the public or his closest ally, Winston Churchill. With D-Day looming, Roosevelt took a month off on a plantation in the south where he was examined daily by a navy cardiologist, then waited two more months before finally announcing, on the eve of his party’s convention, that he’d be a candidate. A political grand master still, he manipulated the selection of a new running mate, with an eye to a possible succession, displaying some of his old vigor and wit in a winning campaign.

With precision and compassion, Joseph Lelyveld examines the choices Roosevelt faced, shining new light on his state of mind, preoccupations, and motives, both as leader of the wartime alliance and in his personal life. Confronting his own mortality, Roosevelt operated in the belief that he had a duty to see the war through to the end, telling himself he could always resign if he found he couldn’t carry on.

Lelyveld delivers an incisive portrait of this deliberately inscrutable man, a consummate leader to the very last.
Read More
A New York Times Notable Book of 2016

"Splendid and richly detailed... President Roosevelt won reelection in November, was inaugurated in January, and died in April, three months into his fourth term. After that came the cold war and atomic weapons and a new diplomatic policy called 'mutual assured destruction.' Lelyveld shows with clarity and shrewd judgment how it came about." —The New York Review of Books

"Psychologically intense... Pinning down FDR’s innermost thoughts is always an elusive goal for a scholar, but Lelyveld... has the fortitude and skill to properly analyze FDR’s decision-making process. What makes His Final Battle so exceptional is Lelyveld’s admirable ability to write nonfiction with highly stylized lyrical beauty." —The Washington Post

“Gripping… Masterfully told… Lelyveld brings to this project a complex mind (but approachable language) equal to Roosevelt’s complex character (but comforting rhetoric)… A heroic and poignant picture.” —The Boston Globe

“A gripping book that will substantially deepen readers’ understanding of a critical time in U.S. history.” —Foreign Affairs

“Joseph Lelyveld combines his long-honed reporting experience with a historian’s eye firmly fixed on this important story… Chock full of illuminating revelations… If you are faintly nauseated by the current state of American politics, turn off the cable channel that appeals to your prejudices, and let Mr. Lelyveld take you to a vastly more enlightening time when the main characters had plenty of flaws but also vastly compensating bravery and vision.” —The Washington Times

"Lelyveld’s storytelling skill, his investigative thoroughness and his total dedication to historical fact remain evident throughout... Intense and substantive." —The Buffalo News

“Rarely has Franklin Delano Roosevelt been portrayed with such steely-eyed insight… A deeply revealing look at a famously enigmatic president… A masterful study of a masterful politician, a fresh look at one of the most beloved and complex of presidents.” —BookPage

“Meticulous… The author expertly puts together a string of poignant clues to FDR's last acts… An elegant, affecting work that offers fresh insights on a much-mythologized president.” —Kirkus, starred review

“Joseph Lelyveld traces the last, challenging months of FDR’s life with a pitch-perfect blend of meticulous reporting, careful analysis, and deep humanity. For all that has been written about Roosevelt, this deeply-moving book adds significantly to our understanding of that remarkable man.” —Gay Talese

“With a seasoned journalist’s built-in skepticism and a gifted historian’s scrupulous respect for evidence, Joseph Lelyveld leads us deeper into Franklin Roosevelt’s  'thickly forested interior’ at the end of his life than anyone has ever gone before. His Final Battle is now required reading for anyone who wants to understand the twentieth century’s most consequential—and most mysterious—president.” —Geoffrey C. Ward, author, The Roosevelts: An Intimate History

"A spellbinding example of the biographer’s craft, His Final Battle by Joseph Lelyveld paints a portrait of Franklin Roosevelt as president, statesman, and commander in chief, frail and dying, but heroic in his resolve to win the war and preserve the peace that would follow. Deftly interweaving the public and the private, the political and the personal, making use of documents and details others had neglected, Lelyveld offers us an unparalleled historical narrative of the last year of the war and the dramatic story of a singular man and the unthinkable challenges he confronted in the final months of his presidency and his life." —David Nasaw, author, The Patriarch: The Remarkable Life and Turbulent Times of Joseph P. Kennedy

“A masterpiece, in dramatic prose, combining deep research, subtle imagination, and ingenious speculation, as well as a vivid analysis of ‘The Great Tantalizer,’ the ‘devout utilitarian.’ His Final Battle is the work of a seasoned reporter/historian, elegantly written, hard to put down and impossible to forget.” —Fritz Stern, author, Five Germanys I Have Known

“Powerful, clear-eyed, and briskly-told, Lelyveld’s account of the last months of a 20th century colossus is great history. It’s a wonder Franklin Roosevelt was ever able to get out of bed, let alone guide the Allies through the most perilous period the world had ever known. If you think you knew FDR, think again—Joe Lelyveld brings him to fresh life, in all his human dimensions.” —Timothy Egan, author, The Immortal Irishman

“At once human and analytical, His Final Battle illuminates the perplexing zone where personal fate and large historical processes intertwine. The book offers a beautifully-realized, impossible to put down chronicle making fresh connections that deepen understanding of FDR's closing confrontations with crises of health and global leadership.” —Ira I. Katznelson, author of Fear Itself: The New Deal and the Origins of Our Time 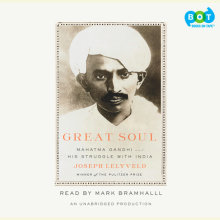