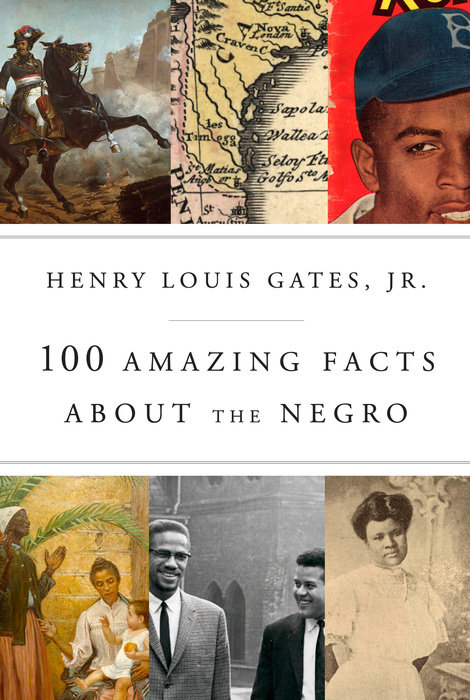 Written by: Henry Louis Gates, Jr.
Read by: Dominic Hoffman
14 Hours and 29 Minutes Imprint: Random House Audio Genre: History - African American & Black Release Date: October 24, 2017
The first edition of Joel Augustus Rogers’s now legendary 100 Amazing Facts About the Negro with Complete Proof, published in 1957, was billed as “A Negro ‘Believe It or Not.’” Rogers’s little book was priceless because he was delivering enlightenment and pride, steeped in historical research, to a people too long starved on the lie that they were worth nothing. For African Americans of the Jim Crow era, Rogers’s was their first black history teacher. But Rogers was not always shy about embellishing the “facts” and minimizing ambiguity; neither was he above shock journalism now and then.

With élan and erudition—and with winning enthusiasm—Henry Louis Gates, Jr. gives us a corrective yet loving homage to Roger’s work. Relying on the latest scholarship, Gates leads us on a romp through African, diasporic, and African-American history in question-and-answer format. Among the one hundred questions: Who were Africa’s first ambassadors to Europe? Who was the first black president in North America? Did Lincoln really free the slaves? Who was history’s wealthiest person? What percentage of white Americans have recent African ancestry? Why did free black people living in the South before the end of the Civil War stay there? Who was the first black head of state in modern Western history? Where was the first Underground Railroad? Who was the first black American woman to be a self-made millionaire? Which black man made many of our favorite household products better?

Here is a surprising, inspiring, sometimes boldly mischievous—all the while highly instructive and entertaining—compendium of historical curiosities intended to illuminate the sheer complexity and diversity of being “Negro” in the world.


"Brilliant...The book brims with conversation pieces but also with the pain that is all too evident when discussing the ways enslaved people of African descent lived here in the United States and around the world.... It overflows with interesting information and provides much food for thought."
—The Washington Post


"Reading 100 Amazing Facts About the Negro is like taking a tour of black history with a very erudite and accessible guide...Gates’s embrace of a retro book title and structure is particularly interesting in our contemporary moment. He offers an unorthodox approach to learning about African-American history in the era of Black Lives Matter and the Trump presidency...100 Amazing Facts About the Negro offers seeds that may grow among readers into a deeper appreciation of African-American history, one that may render another homage to Rogers unnecessary."
—Boston Globe


"Part Encyclopedia Africana, part advanced black studies course, the book unearths little known, often surprising truths about the complex history of the worldwide black diaspora, serving up a sweeping concept in bite-sized chapters... It’s also serendipitous: “100 Amazing Facts” comes as the nation grapples — again — with the scourge of white nationalism, a misguided yet persistent philosophy based on the belief that white men built Western civilization by themselves. In this context, the professor’s meticulously researched book, written in his signature avuncular style, is something of a history smackdown."
—Minneapolis Star Tribune


“A collection of vignettes about the black experience in the United States and around the globe. In 1957, respected Pittsburgh Courier journalist Joel A. Rogers published a book, 100 Amazing Facts About the Negro with Complete Proof, based on research he had conducted for his columns . . . Gates, the prolific scholar and popularizer of black history, presents this book as an homage and update to the work of "Mr. Rogers." . . . The pieces range widely in chronology, theme, and geography, and his facts about the "Negro" (the anachronism is intentional, part of the tribute to Rogers) most heavily emphasize the African-American experience but also explore Africa and the diaspora across the Americas and in Europe . . . Gates surprises . . . intrigues, and rarely disappoints.”
—Kirkus Reviews


“Gates pens a corrective yet loving homage to a work of the same title published in 1957 by Joel A. Rogers, a largely self-educated black journalist and historian.”
—Publishers Weekly


"This fresh investigation relays centuries of events in the lives of numerous historical figures of Africandescent not only in the U.S. but also in Europe, Central America, and the Middle East. This compilation ofportraits of select soldiers and saints, authors and athletes, royalty and rebels, and escapees andentrepreneurs, provides a much needed foundation for historical and cultural identity. By setting this newstandard, Gate paves the way for future editions exploring achievements in science and technology and thevisual and performing arts."
—Booklist (starred review)


“If Rogers was a black history teacher for the 20th century, Gates is certainly one for ours….Gates is a historian, but he is also a consummate teacher. And one of the charms of the volume is that the essays appear in no particular order, making it ideal for dipping into at will or keeping on a bedside table to pick up before bed. But be forewarned: In the hands of a skilled storyteller like Gates, this fascinating history will definitely not put you to sleep.”
—BookPage

“From signifying monkeys to small-town West Virginia, from ancient Africa to the new New York, Skip Gates has described the American experience with force, with dignity, and most of all with color. “
—Bill Clinton

“Gates now stands in the spotlight of African American culture and literary scholarship. He got there through research, an instinct for attention-getting topics, and a driving vision of what African American studies should become.”
—Amy Lifson, National Endowment for the Humanities

“Because of his generosity and example, we are living in an intellectual community that strives to understand more deeply the history, culture, social movements, and philosophical thought of black people all over the globe. Skip Gates is the teacher who brought me in—called me in—to the work I do. His own committed and prodigious work is ever animated by a true, deep, and abiding love for the creative beauty, brilliance, foibles, and all else of black people.”
—Elizabeth Alexander, Wun Tsun Tam Mellon Professor in the Humanities at Columbia University
Read More 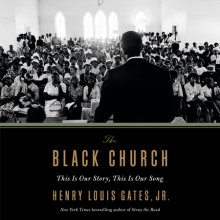 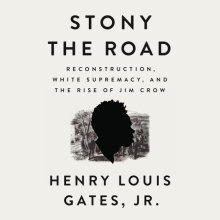 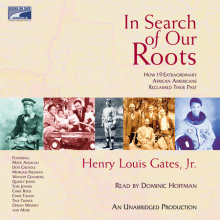 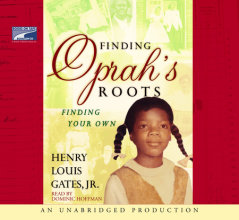