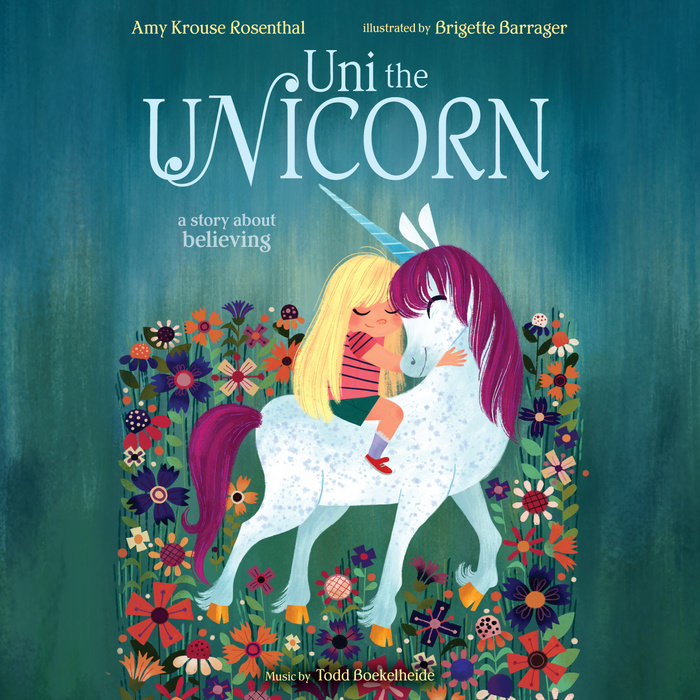 Uni is just like all the other unicorns . . . except for one thing: she believes that little girls are REAL. This magical story by Amy Krouse Rosenthal (author of I Wish You More) illuminates Uni’s not-so-fantastical dream and celebrates the sparkle of believing.

Uni the unicorn is told there’s no such thing as little girls! But no matter what the grown-up unicorns say, Uni believes that little girls are REAL. Somewhere there must be a smart, strong, wonderful, magical little girl waiting to be best friends. In fact, far away (but not too far away), a real little girl believes there is a unicorn waiting for her, too. This magical story of friendship reminds believers and nonbelievers alike that sometimes wishes really can come true.


Artwork by Brigette Barrager courtesy of Bright Art Licensing. Music by Todd Boekelheide.
Read More
From School Library Journal
PreS-K—In this delightfully entertaining story, children are transported to a land in which unicorns are the norm and little girls are believed to be mythical creatures. Uni is like all the other unicorns in so many ways. She had a swirly horn, a magnificent mane, and the magical ability to make wishes come true. "But there was one thing that definitely set Uni apart. Uni believed that little girls were REAL." Despite being laughed at and dismissed for her beliefs, she dreams of what friendship with a human girl would be like. The book features Rosenthal's familiar mix of humor and wit, making this book ideal for reading out loud or independently. Barrager's illustrations offer full page spreads of whimsical, dreamlike images that will make every reader want to believe in unicorns (or little girls). This book will be read, treasured, and loved by young dreamers.—Megan Egbert, Meridian Library District,

Displaying a magnificent mane, golden hooves, sparkling purple eyes, and a powerful swirly horn, Uni believes that not only are little girls real but a special one will form a magical friendship with her. And somewhere, a little girl is equally certain that unicorns are real and that a very particular one is waiting to be her companion. Joyful illustrations in brilliant color capture the dreams of the two, as they spin and twirl, explore the forest, and slide down a rainbow together. Line drawings of an active youngster are set inside an outline shaped like Uni’s head. Although usually portrayed with sweet faces, the dismay each shows when their elders tell them their thinking is only make-believe humorously reinforces their determination to find each other. And friendship triumphs as the two delightedly ride off together. Pair with Robert Heidbreder’s I Wished for a Unicorn (2000) and B. G. Hennessy’s Claire and the Unicorn Happy Ever After (2010), for other happy twosomes.
— Lolly Gepson


While the spirit of Mary Blair, vintage Golden Books, and 1960s animation influences many contemporary picture books, Barrager (Twelve Dancing Princesses) embraces it fully in this collaboration with Rosenthal (Exclamation Mark). Like her fellow unicorns, Uni is magical and magnificent; she has a luxuriant magenta mane, golden hooves, and violet eyes that don’t just sparkle—they basically are sparkles. Where Uni differs from her peers is in her belief that little girls are real, that “a strong smart wonderful magical little girl” is out there waiting to be her best friend. In a series of single-page vignettes, Barrager shows Uni and a blonde, blue eyed human girl dashing through fields of flowers, healing forest animals with Uni’s magical horn, and sailing past birds and clouds as they slide down a rainbow. The throwback illustration style, absence of tech (save for a nightlight and record player), and emphasis on clinging to beliefs that the world dismisses as fantasy combine to create a story that encourages kids to stay kids as long as possible. Ages 3–7.Author’s agent: Amy Rennert, the Amy Rennert Agency. Illustrator’s agent: Vicki Willden-Lebrecht, the Bright Group. (Sept.)

Storytime listens for llama-loving and unicorn-obsessed kids!6 Picture Books to Listen To 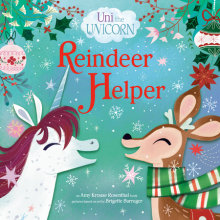 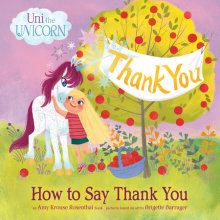 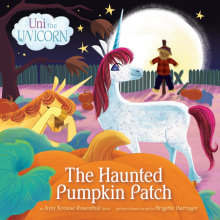 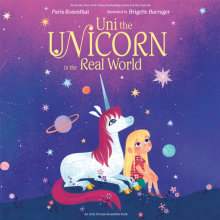