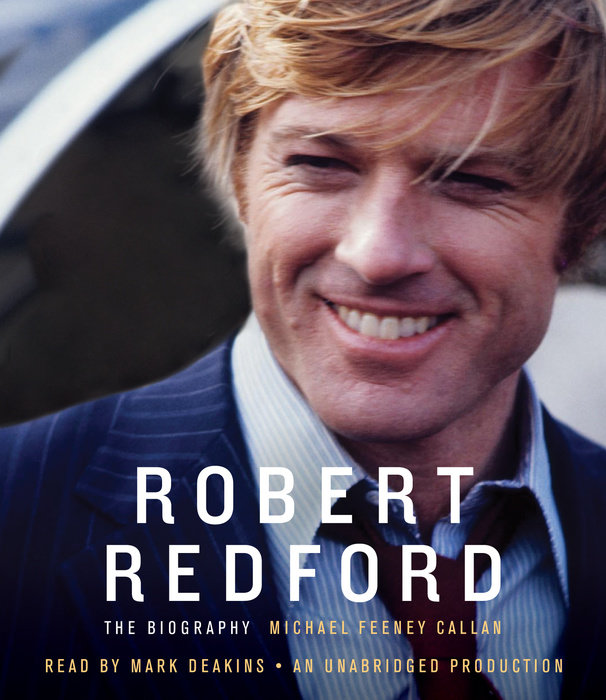 Among the most widely admired Hollywood stars of his generation, Redford has appeared onstage and on-screen, in front of and behind the camera, earning Academy, Golden Globe, and a multitude of other awards and nominations for acting, directing, and producing, and for his contributions to the arts. His Sundance Film Festival transformed the world of filmmaking; his films defined a generation. America has come to know him as the Sundance Kid, Bob Woodward, Johnny Hooker, Jay Gatsby, and Roy Hobbs. But only now, with this revelatory biography, do we see the surprising and complex man beneath the Hollywood façade.

From Redford’s personal papers—journals, script notes, correspondence—and hundreds of hours of taped interviews, Michael Feeney Callan brings the legendary star into focus. Here is his scattered family background and restless childhood, his rocky start in acting, the death of his son, his star-making relationship with director Sydney Pollack, the creation of Sundance, his political activism, his artistic successes and failures, his friendships and romances. This is a candid, surprising portrait of a man whose iconic roles on-screen (Butch Cassidy and the Sundance Kid, All the President’s Men, The Natural) and directorial brilliance (Ordinary People, Quiz Show) have both defined and obscured one of the most celebrated, and, until now, least understood, public figures of our time.
Read More

“Revealing . . . An unusually well-written movie-star biography . . . What emerges is a comprehensive portrait of a man beset by colliding tides of ambition and hesitation . . . Robert Redford is as fascinating . . . as its subject.”
-Scott Eyman, The Wall Street Journal

“Relentless and first-rate . . . A layered portrait of one of the most famous—and elusive—faces in pop culture.”
-Chris Foran, Milwaukee Journal Sentinel

“Bracing . . . A fascinating study . . . of fame and our uneasy relationship with it.”
-Maureen Callahan, New York Post

“Deeply researched . . . Give Callan credit for letting in dissident voices and for allowing Redford’s less Galahadian qualities to shine forth: the opportunism and narcissicism, the scattershot management style, the absentee fathering. Best of all, Callan’s book begins and ends exactly where it should: with that quadrant of Utah soil christened by its owner ‘Sundance.’”
-Louis Bayard, The Washington Post

“Genuinely insightful . . . Michael Feeney Callan remains keenly aware of his subject’s larger-than-lifeness, even as he tries to chip away to reveal the person underneath.”
-Keith Staskiewicz, Entertainment Weekly

“Carefully crafted . . . Callan is clearly on his game when it comes to dissecting Redford’s film career.”
-Daniel Bubbeo, Newsday

“A candid, accessible portrait that makes for perfect summer reading . . . Callan’s meticulous research and obvious respect for the actor are evident in this crisply written book.”
-Larry Cox, King Features

“Revealing . . . Intriguing . . . An all-American beautiful jock with a brutal iron will and the soul of a visionary tyrant, Redford, under Callan’s gaze, emerges as a sui generis American figure. A gripping, intimate treatment of one of cinema’s last great iconic stars.”
-Kirkus

“Comprehensive . . . Callan reveals the complex man beneath the Hollywood persona. Absorbing and remarkably well documented; readers will enjoy losing themselves in this long-awaited biography.”
-Booklist