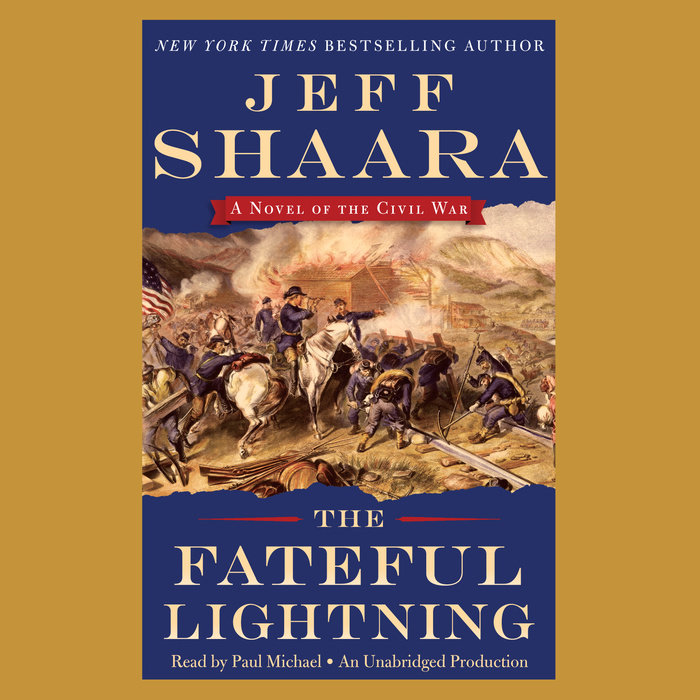 Written by: Jeff Shaara
Read by: Paul Michael
25 Hours and 31 Minutes Imprint: Random House Audio Genre: Fiction - Historical - Civil War Era Release Date: June 02, 2015
NEW YORK TIMES BESTSELLER • From Jeff Shaara comes the riveting final installment in the Civil War series that began with A Blaze of Glory and continued in A Chain of Thunder and The Smoke at Dawn.

November 1864: As the Civil War rolls into its fourth bloody year, the tide has turned decidedly in favor of the Union. A grateful Abraham Lincoln responds to Ulysses S. Grant’s successes by bringing the general east, promoting Grant to command the entire Union war effort, while William Tecumseh Sherman now directs the Federal forces that occupy all of Tennessee.

In a massive surge southward, Sherman conquers the city of Atlanta, sweeping aside the Confederate army under the inept leadership of General John Bell Hood. Pushing through northern Georgia, Sherman’s legendary March to the Sea shoves away any Rebel presence, and by Christmas 1864 the city of Savannah falls into the hands of “Uncle Billy.” Now there is but one direction for Sherman to go. In his way stands the last great hope for the Southern cause, General Joseph E. Johnston.

In the concluding novel of his epic Civil War tetralogy, Jeff Shaara tells the dramatic story of the final eight months of battle from multiple perspectives: the commanders in their tents making plans for total victory, as well as the ordinary foot soldiers and cavalrymen who carried out their orders until the last alarum sounded. Through Sherman’s eyes, we gain insight into the mind of the general who vowed to “make Georgia howl” until it surrendered. In Johnston, we see a man agonizing over the limits of his army’s power, and accepting the burden of leading the last desperate effort to ensure the survival of the Confederacy.

The Civil War did not end quietly. It climaxed in a storm of fury that lay waste to everything in its path. The Fateful Lightning brings to life those final brutal, bloody months of fighting with you-are-there immediacy, grounded in the meticulous research that readers have come to expect from Jeff Shaara.

Praise for The Fateful Lightning

“Outstanding . . . Shaara combines his extensive knowledge of military history with his consummate skill as a storyteller.”—Booklist

“Readers . . . looking for an absorbing novel will be well rewarded.”—The Clarion-Ledger

“A great accomplishment and a more than fitting conclusion to Shaara’s work on the Civil War.”—Bookreporter
Read More
Praise for Jeff Shaara’s new Civil War series

“Outstanding . . . Shaara combines his extensive knowledge of military history with his consummate skill as a storyteller.”—Booklist

“Readers . . . looking for an absorbing novel will be well rewarded.”—The Clarion-Ledger

“A great accomplishment and a more than fitting conclusion to Shaara’s work on the Civil War.”—Bookreporter

A Blaze of Glory

“[An] exciting read . . . This novel is meticulously researched and brings a vivid reality to the historical events depicted.”—Library Journal

A Chain of Thunder

“Shaara continues to draw powerful novels from the bloody history of the Civil War.”—Kirkus Reviews

“Shaara’s historical accuracy is faultless, and he tells a good story. . . . The voices of these people come across to the reader as poignantly clear as they did 150 years ago.”—Historical Novels Review

The Smoke at Dawn

“Shaara’s mastery of military tactics, his intimate grasp of history, and his ability to interweave several supporting narratives into a cohesive and digestible whole . . . will appeal to a broad range of historical and military fiction fans.”—Booklist
Read More