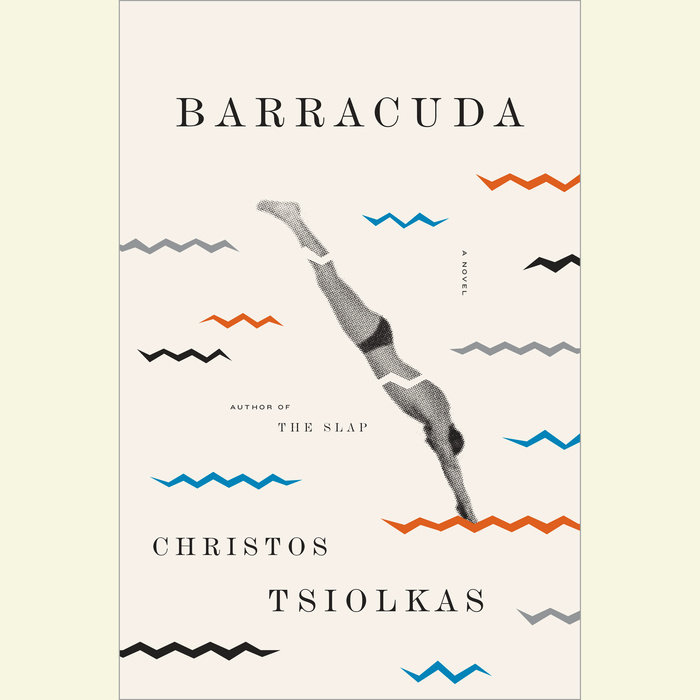 Fourteen-year-old Daniel Kelly is special. Despite his upbringing in working-class Melbourne, he knows that his astonishing ability in the swimming pool has the potential to transform his life, silence the rich boys at the private school to which he has won a sports scholarship, and take him far beyond his neighborhood, possibly to international stardom and an Olympic medal. Everything Danny has ever done, every sacrifice his family has ever made, has been in pursuit of this dream. But what happens when the talent that makes you special fails you? When the goal that you’ve been pursuing for as long as you can remember ends in humiliation and loss?

Twenty years later, Dan is in Scotland, terrified to tell his partner about his past, afraid that revealing what he has done will make him unlovable. When he is called upon to return home to his family, the moment of violence in the wake of his defeat that changed his life forever comes back to him in terrifying detail, and he struggles to believe that he’ll be able to make amends. Haunted by shame, Dan relives the intervening years he spent in prison, where the optimism of his childhood was completely foreign.

Tender, savage, and blazingly brilliant, Barracuda is a novel about dreams and disillusionment, friendship and family, class, identity, and the cost of success. As Daniel loses everything, he learns what it means to be a good person—and what it takes to become one.
Read More
A Kirkus Best Fiction Books of 2014 Selection

“A truly fine novel... A great page-turner …Barracuda combines sharp social portraiture with that rare ingredient, a story that speaks to the human condition…So gripping …This is not only Tsiolkas’s best novel so far, it is the work of a writer at the top of his game.” —The Millions

“This disturbing yet satisfying story by Commonwealth Prize winner Tsiolkas (The Slap) examines themes of class consciousness, family conflict, loyalty, and friendship. The often harsh, sometimes brutal novel about the fine line between love and hate, pain and pleasure, is infused with language so beautiful that it takes one’s breath away.”—Library Journal

"[Barracuda] has all the early signs of a classic failure narrative along the lines of Exley’s A Fan’s Notes…Affecting."—Publishers Weekly

“A bracing poolside critique of Antipodean mores…A tough, unsparing, closely observed and decidedly R-rated look at the many challenges and disappointments that life brings, told against settings that American readers will find at once familiar and exotic.”—Kirkus (starred review)

“Immensely moving…Tsiolkas writes with compelling clarity about the primal stuff that drives us all: the love and hate and fear of failure. He is also brilliant on the nuances of relationships….At times, the prose is near to poetry…There are shades of Faulkner in this brilliant, beautiful book. If it doesn’t make you cry, you can’t be fully alive.”—The Sunday Times

“[Tsiolkas is] a master chronicler of the zeitgeist... There is no understatement; no silences nor lilting musicality. The words hurtle out as he depicts characters trapped between irreconcilable worlds – middle class and working class, Anglo and Greek, gay and straight, physical and intellectual. Individuals who are intense, complex and flawed but must ultimately cleave towards tenderness and discover generosity. If The Slap was excellent material for a TV series, then Barracuda’s more substantial plot has all the hallmarks of a feature film.”—The Guardian

“Resonant, epic and supremely accomplished…subtle, textured, profoundly human and riveting… Tsiolkas is consistently and ferociously engaged with the unique (and surely principal) concern of the novelist: the inner lives of the people about whom he has chosen to write…This is the work of a superb writer who has completely mastered his craft but lost nothing of his fiery spirit or instinct in so doing. Barracuda is a big achievement. Not least because, for all its power and glory, for all its sound and fury, it everywhere manifests ‘the ruthless calm of the truth’.”—The Observer

“Rhapsodic… Barracuda may tell an old, old story, but it has rarely been told in a better way.”—The Telegraph

“Brilliantly sharp...[Barracuda is] literature that engages with our world. It tries to figure out how society is put together and asks questions about how to live within it. In blunt, compelling prose reminiscent of early 20th-century American writers such as Theodore Dreiser and Upton Sinclair, Tsiolkas explores the extremism of our mainstream and brings us to an awareness of the animal urges that trouble our civilised hearts. As such it's vital.”—The Australian

“Christos Tsiolkas’ Barracuda is a big, bold, riveting book, an absolute page-turner swollen with rage and shame but mesmerizing as it unfolds.”—Peter Craven, A Book of the Year Selection for The Australian

"Tsiolkas is a hard-edged, powerful writer...leaving us exhaused but gasping with admiration."—Washington Post

[Tsiolkas] will appeal to those who prefer their novels complex and multilayered...a singular reading experience."—Library Journal