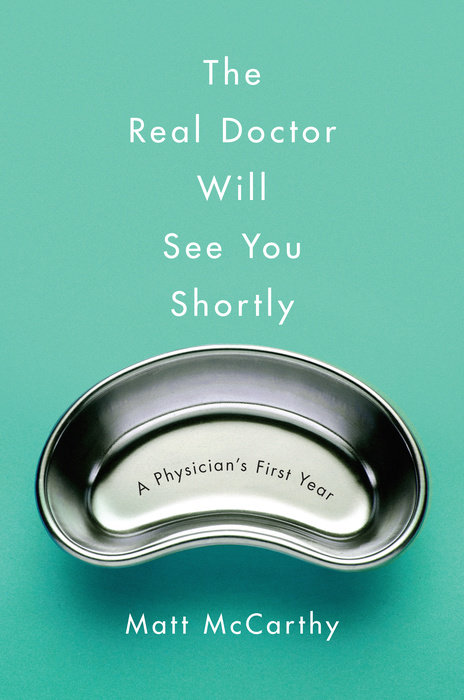 A scorchingly frank look at how doctors are made, bringing readers into the critical care unit to see one burgeoning physician's journey from ineptitude to competence.

In medical school, Matt McCarthy dreamed of being a different kind of doctor—the sort of mythical, unflappable physician who could reach unreachable patients. But when a new admission to the critical care unit almost died his first night on call, he found himself scrambling. Visions of mastery quickly gave way to hopes of simply surviving hospital life, where confidence was hard to come by and no amount of med school training could dispel the terror of facing actual patients.

This funny, candid memoir of McCarthy’s intern year at a New York hospital provides a scorchingly frank look at how doctors are made, taking readers into patients’ rooms and doctors’ conferences to witness a physician's journey from ineptitude to competence. McCarthy's one stroke of luck paired him with a brilliant second-year adviser he called “Baio” (owing to his resemblance to the Charles in Charge star), who proved to be a remarkable teacher with a wicked sense of humor. McCarthy would learn even more from the people he cared for, including a man named Benny, who was living in the hospital for months at a time awaiting a heart transplant. But no teacher could help McCarthy when an accident put his own health at risk, and showed him all too painfully the thin line between doctor and patient.

The Real Doctor Will See You Shortly offers a window on to hospital life that dispenses with sanctimony and self-seriousness while emphasizing the black-comic paradox of becoming a doctor: How do you learn to save lives in a job where there is no practice?

“A real delight...an entertaining window into an unknown world.”—USA Today

“It's an account so engaging that I went from swearing never to let an intern near me to understanding exactly why the doctor-training process works the way it does.”—Entertainment Weekly

“McCarthy gives readers a brutally honest, often darkly comical glimpse into the formative days of his medical career...an enthralling account of the metamorphosis of an uncertain medical resident into a skilled physician.”—Discover

“[This] rousing memoir describes [a] tumultuous year of medical internship at Columbia University Medical Center in New York, a 12-month marathon noteworthy for a steep learning curve, emotional extremes, and chronic sleep deprivation...A genuine glimpse at the making of a doctor.” —Booklist

“This story is a year in the life of an almost-doctor, but it is so much more than that. It’s a book about mentorship, compassion, pride, and the insecurity of learning the most important lessons in your career—and in your life—long after those lessons were supposed to be taught. It’s about the precarious and often unclear boundary between life and death, and those tasked with maintaining this boundary, even at the end of a thirty-hour shift.  Perhaps above all, it’s about decent people doing a very hard, decent thing with their lives. Yes, doctors are people too—and McCarthy tempers and then transcends the unease of such a reminder by telling his story with much humor, and even more heart.” —Jeff Hobbs, author of The Short and Tragic Life of Robert Peace

“Fascinating, funny and spot on. Like my own internship – only with a laugh track. A must read for anyone who’s going to be a doctor, or just going to see one.” —Lisa Sanders, MD, New York Times Magazine’s “Diagnosis” columnist and author of Every Patient Tells A Story

“McCarthy’s tale is by turns harrowing, hilarious, and uplifting. Whether you’re deciding if you should become a doctor, or merely if you should go see one, this look beneath the hospital gown will change your perspective for good.” —David Epstein, author of The Sports Gene

“Thanks to Dr. Matt’s column, I know why tennis players grunt, and why five-finger shoes are for morons, and why I should have gotten a vasectomy during March Madness.  And thanks to this book, I now know how he became the kind of doctor that I feel comfortable going to with stupid drunken questions.” —Drew Magary, author of The Postmortal and Someone Could Get Hurt

“Hilarious, horrifying and ultimately inspiring, The Real Doctor Will See You Shortly is a hallucinogenic trip through a doctor’s first year, filled with ill-fated pin pricks, misdiagnosis, disappearing patients, life and, inevitably, death. Beautifully written and impossible to put down, here is the unvarnished look at how we create the flawed and ultimately heroic human beings who save our lives—and sometimes don’t.” —Steve Fainaru, co-author of League of Denial

“Everything you did—or maybe didn’t—want to know about becoming a doctor. Matt McCarthy’s tale of internship is equal parts entertaining, cringeworthy, and inspiring.” —Danielle Ofri, MD, PhD, author of What Doctors Feel

“Matt McCarthy's new book, The Real Doctor Will See You Shortly, is an honest, beautiful, and terrifying look at what goes into creating a doctor. Filled with very human characters, both doctors and patients alike, Matt's well paced writing makes it easy to imagine yourself in the shoes of a brand new intern, nervous and afraid, yet still tasked with literal life and death decisions. I would recommend this book to anyone who knows or has been treated by a doctor (so basically everyone).”—Chris Kluwe, author of Beautifully Unique Sparkleponies

“Well-written and brutally honest, Dr. McCarthy’s engrossing memoir of his internship year is told with uncommon frankness and perception. The Real Doctor Will See You Shortly is one of the most powerful books about a doctor-in-training I have ever read. The author vividly describes the crushing emotional and physical demands a young doctor must face, and he does so with consummate skill and compassion. A marvelous book.” —Michael Collins, author of Blue Collar, Blue Scrubs

“I’m no doctor—but I am writer—and what I appreciated most about Matt McCarthy’s book is the humor and the humanity on every page. Even if you don't know the spleen from the stomach, by the end you will understand the sometimes frightening and sometimes comic reality of a doctor's apprenticeship.”  —Jack McCallum, author of Dream Team

“Insightful, fast-paced and achingly honest, Matt McCarthy’s The Real Doctor Will See You Shortly has all the elements of a great story: a flawed hero with lively allies battling frequent, seemingly insurmountable obstacles to reach a laudable goal - becoming a good doctor.” —Louise Aronson, author of A History of the Present Illness 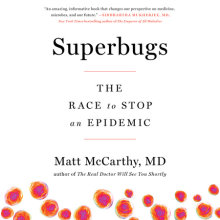