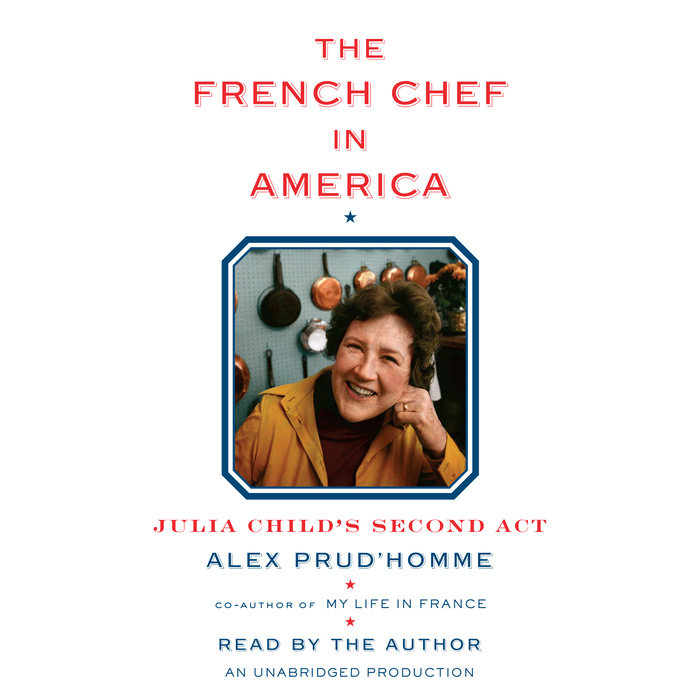 Julia Child is synonymous with French cooking, but her legacy runs much deeper. Now, her great-nephew and My Life in France coauthor vividly recounts the myriad ways in which she profoundly shaped how we eat today. He shows us Child in the aftermath of the publication of Mastering the Art of French Cooking, suddenly finding herself America's first lady of French food and under considerable pressure to embrace her new mantle. We see her dealing with difficult colleagues and the challenges of fame, ultimately using her newfound celebrity to create what would become a totally new type of food television. Every bit as entertaining, inspiring, and delectable as My Life in France, The French Chef in America uncovers Julia Child beyond her "French chef" persona and reveals her second act to have been as groundbreaking and adventurous as her first.
Read More
Praise for My Life in France:
"Lively, infectious.... [The] elegant but unfussy prose pulls the reader into her stories" -- Chicago Sun-Times
"Captivating.... [Child's] marvelously distinctive voice is present on every page" --San Francisco Chronicle
"Delightful and ebulliently written.... [Child's] joy just about jumps off the book's pages."
--Christian Science Monitor
“A delight. On one level, it’s the story of how a ‘six-foot-two-inch, thirty-six-year-old, rather loud and unserious Californian’—her words—discovered the fullness of life in France. On another, it recounts the making of ‘Julia Child’, America’s grande dame of French cooking. Inevitably, the stories overlap.” --Alan Riding, The New York Times Book Review
“Charming and affectionate.” --Colman Andrews, The Wall Street Journal
“An engaging, endearing love letter to the country Julia regarded as her ‘spiritual homeland’… Written by Julia Child’s grandnephew, Alex Prud’homme… [A] highly readable posthumous memoir that chronicles not only her discovery of the culinary glories of postwar France but also her transformation into a confident chef, teacher, and ultimately apostle of French cooking to millions of Americans.” --Mackenzie Carpenter, Pittsburgh Post-Gazette
“Inspiring.” --Jennifer Rose, Entertainment Weekly
“A luscious combination of culinary adventure, love story, and memoir… Gives readers a true taste for the woman behind the recipes.” --Heather Grimshaw, The Denver Post
“Captivating… My Life In France captures the essence of Julia Child.” --Martin Rubin, San Francisco Chronicle

Praise for The French Chef in America:
"Intricately and intriguingly detailed . . . delicious." --Mimi Sheraton, The Daily Beast
"[An] opportunity to lap up the timeless kitchen wisdom of one of the world's greatest cooking teachers." --Penny Pleasance, NY Journal of Books
"Relive the moment that Julia Child became an American icon." --Boston Globe
"Highlights flavors and philosophies that fueled [Julia Child's] style of cooking, the legacy of which would go on to change and shape the way we eat today." --Nylon
Read More 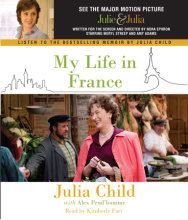