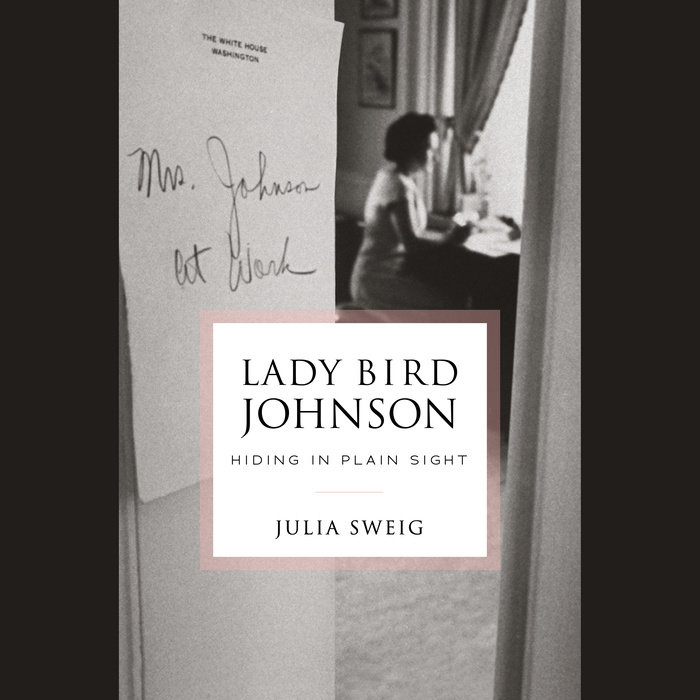 “An inviting, challenging, well-told tale of the thoroughly modern partner and strategist Lady Bird Johnson, whose skill and complexity emerge fully in this rich tale of history and humanity.”—John Dickerson, author of The Hardest Job in the World

“This riveting portrait gives us an important revision of a long-neglected First Lady.”—Blanche Wiesen Cook, author of Eleanor Roosevelt, vol 1-3

In the spring of 1964, President Lyndon B. Johnson had a decision to make. Just months after moving into the White House under the worst of circumstances—following the assassination of President John F. Kennedy—he had to decide whether to run to win the presidency in his own right. He turned to his most reliable, trusted political strategist: his wife, Lady Bird Johnson. The strategy memo she produced for him, emblematic of her own political acumen and largely overlooked by biographers, is just one revealing example of how their marriage was truly a decades-long political partnership.

Perhaps the most underestimated First Lady of the twentieth century, Lady Bird Johnson was also one of the most accomplished and often her husband's secret weapon. Managing the White House in years of national upheaval, through the civil rights movement and the escalation of the Vietnam War, Lady Bird projected a sense of calm and, following the glamorous and modern Jackie Kennedy, an old-fashioned image of a First Lady. In truth, she was anything but. As the first First Lady to run the East Wing like a professional office, she took on her own policy initiatives, including the most ambitious national environmental effort since Teddy Roosevelt. Occupying the White House during the beginning of the women's liberation movement, she hosted professional women from all walks of life in the White House, including urban planning and environmental pioneers like Jane Jacobs and Barbara Ward, encouraging women everywhere to pursue their own careers, even if her own style of leadership and official role was to lead by supporting others.

Where no presidential biographer has understood the full impact of Lady Bird Johnson’s work in the White House, Julia Sweig is the first to draw substantially on Lady Bird’s own voice in her White House diaries to place Claudia Alta "Lady Bird” Johnson center stage and to reveal a woman ahead of her time—and an accomplished politician in her own right.

This program includes an actual recording of Lady Bird’s audio diary, dated October 12, 1965.
Read More
“A revelation . . . a book in the Caro mold, using Lady Bird, along with tapes and transcripts of her entire White House diary, to tell the history of America during the Johnson years.”—The New York Times

“Sweig makes a persuasive case for Lady Bird’s influence not just within her marriage but on her husband’s career. In doing so, she forces us to adjust the lens through which we’ve viewed one of our most consequential presidencies.”—The Washington Post

“A superb portrait that elevates Lady Bird’s stature as one of the most accomplished first ladies of the twentieth century.”—Kirkus Reviews (starred review)

“With impressive research and admirable skill as a superb storyteller, Sweig’s book for the first time captures the full extent of Lady Bird’s influence on LBJ’s administration and her importance in making the Great Society a landmark moment in American history. Hers is the best book written about Lady Bird Johnson and also a model for how we should understand the influence of First Ladies on the country’s turn toward a more humane society.”—Robert Dallek, author of How Did We Get Here?: From Theodore Roosevelt to Donald Trump

“Sweig has given us a fascinating portrait of a marriage—and of a shrewd, tough, tender, and wise woman who understood the uses and limits of power. Her biography of Lady Bird Johnson is a magisterial, revealing, and rewarding work.”—Evan Thomas, author of First: Sandra Day O’Connor

“This is the best book ever written about one of the most influential—and least understood—First Ladies in history. In Julia Sweig’s beautifully rendered, intimate portrait, one can finally take the full measure of Lady Bird Johnson as environmentalist, feminist, and shrewd political strategist on whom her husband always depended but should have heeded more.”—Michael Kazin, Georgetown University, co-author of America Divided: The Civil War of the 1960s

“Julia Sweig has gifted us with a most timely and splendidly enhanced portrait of Lady Bird Johnson: daughter of Alabama and Texas wealth—historian, journalist, activist, speechwriter, campaigner, successful businesswoman. Lady Bird championed the New South and was partner to LBJ’s efforts regarding civil rights, human rights, and the Great Society. We learn about Lady Bird’s previously unknown work for real environmental change, which extended far beyond ‘beautification’ and floral plantings—with profound visions for a Green New Deal. This riveting portrait gives us an important revision of a long-neglected First Lady.”—Blanche Wiesen Cook, author of Eleanor Roosevelt, Vols. 1–3

“Sweig has written an inviting, challenging, well-told tale of the thoroughly modern partner and strategist Lady Bird Johnson, whose skill and complexity emerge fully in this rich tale of history and humanity.”—John Dickerson, author of The Hardest Job in the World
Read More