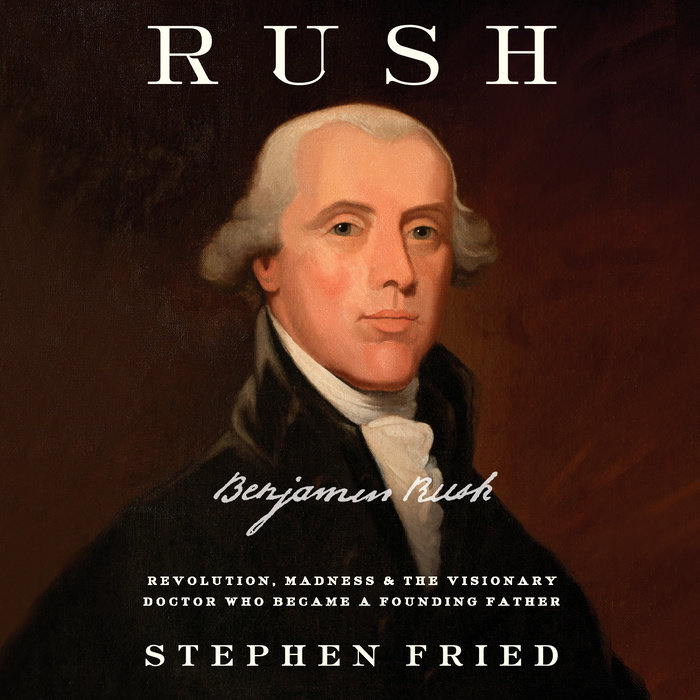 The monumental life of Benjamin Rush, medical pioneer and one of our most provocative and unsung Founding Fathers

By the time he was thirty, Dr. Benjamin Rush had signed the Declaration of Independence, edited Common Sense, toured Europe as Benjamin Franklin’s protégé, and become John Adams’s confidant, and was soon to be appointed Washington’s surgeon general. And as with the greatest Revolutionary minds, Rush was only just beginning his role in 1776 in the American experiment. As the new republic coalesced, he became a visionary writer and reformer; a medical pioneer whose insights and reforms revolutionized the treatment of mental illness; an opponent of slavery and prejudice by race, religion, or gender; an adviser to, and often the physician of, America’s first leaders; and “the American Hippocrates.” Rush reveals his singular life and towering legacy, installing him in the pantheon of our wisest and boldest Founding Fathers.

“Entertaining . . . Benjamin Rush has been undeservedly forgotten. In medicine . . . [and] as a political thinker, he was brilliant.”—The New Yorker

“Superb . . . reminds us eloquently, abundantly, what a brilliant, original man Benjamin Rush was, and how his contributions to . . . the United States continue to bless us all.”—The Philadelphia Inquirer

“An amazing life and a fascinating book.”—CBS This Morning

“Fried makes the case, in this comprehensive and fascinating biography, that renaissance man Benjamin Rush merits more attention. . . . Fried portrays Rush as a complex, flawed person and not just a list of accomplishments; . . . a testament to the authorial thoroughness and insight that will keep readers engaged until the last page.”—Publishers Weekly (starred review)

“[An] extraordinary and underappreciated man is reinstated to his rightful place in the canon of civilizational advancement in Rush. . . . Had I read Fried’s Rush before the year’s end, it would have crowned my favorite books of 2018 . . . [a] superb biography.”—Brain Pickings
Read More
“The best books are full of surprises. Rush has more of them than any historical biography I have read in ages. It is vast and sumptuous and brings to life Founding Father Benjamin Rush in full technicolor. Too long ignored, Rush’s varied and mercurial brilliance puts him smack in the company of such figures as Adams and Jefferson and Washington and Hamilton with one exception: he is more interesting than any of them. He revolutionized medicine. He revolutionized healthcare. He revolutionized life. Fried draws it all out with his usual perfect pitch of reportage and writing. What a grand feast and feat.”  —Buzz Bissinger, author of Friday Night Lights and A Prayer for the City

“Benjamin Rush is best known as the founding father the more famous founders wrote to. Stephen Fried, in this fascinating biography, shows us why we need to reconsider, and pay more attention to a man whose talents rivaled Franklin’s, opinions equaled Adams’s, and facility with language approached Jefferson’s.”—H.W. Brands, author of The First American and Heirs of the Founders

“Stephen Fried has written a gem of a book—the riveting story of a Founding Father who is too often forgotten. In this magnificent work, Benjamin Rush gets the biography he deserves, and readers get an expertly researched, splendidly written account of a brilliant, influential man and the times in which he lived.” —Jonathan Eig, author of Ali: A Life

“An engrossing exploration of a founding father whose life sheds new light on the American Revolution, as well as on the ongoing challenges of civil rights and mental healthcare in this country. I had no idea how much Rush helped to shape our young nation and how urgent his voice remains today. Anyone who cares about our past and future—politically, medically, spiritually—should read this masterful biography.” —Congressman Patrick J. Kennedy, co-author of A Common Struggle

"An important and fascinating account of a relatively neglected yet critical Founding Father.  Benjamin Rush—Surgeon General of the Continental Army, signer of the Declaration of Independence, and Jefferson's choice for medical advisor to the Lewis and Clark Expedition—is also acknowledged as the Father of American Psychiatry for his study and treatment of the mentally ill. Stephen Fried brings to life Rush's extraordinary political and medical contributions, as well as the times in which he lived." —Kay Redfield Jamison, author of An Unquiet Mind and Robert Lowell: Setting the River on Fire
Read More 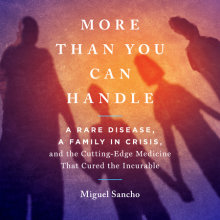