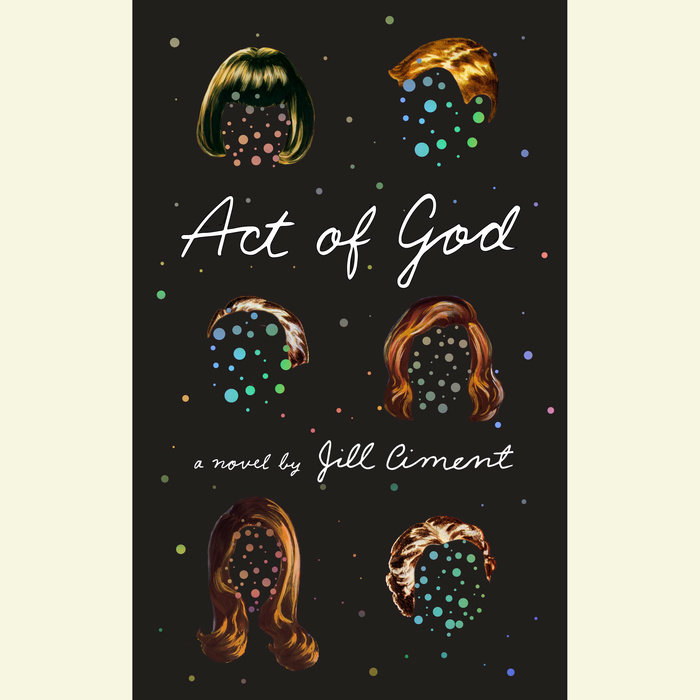 Written by: Jill Ciment
Read by: Barbara Rosenblat
5 Hours and 12 Minutes Imprint: Random House Audio Genre: Fiction - Literary Release Date: March 03, 2015
Jill Ciment’s books have been hailed as “stunning,” “powerful,” and “provocative.” Alice Sebold has called her works “beautifully written.” Now the author of Heroic Measures (“Smart and funny and completely surprising . . . I loved every page.” —Ann Patchett; “Brave, generous, nearly perfect.” —Los Angeles Times) has given us a contemporary noir novel that starts out a comedy of errors and turns darker at every hairpin turn.

It’s the summer of 2015, Brooklyn. The city is sweltering from another record-breaking heat wave, this one accompanied by biblical rains. Edith, a recently retired legal librarian, and her identical twin sister, Kat, a feckless romantic who’s mistaken her own eccentricity for originality, discover something ominous in their hall closet: it seems to be phosphorescent, it’s a mushroom . . . and it’s sprouting from their wall.

Upstairs, their landlady, Vida Cebu, a Shakespearian actress far more famous for her TV commercials for Ziberax (the first female sexual enhancement pill) than for her stage work, discovers that a petite Russian girl, a runaway au pair, has been secretly living in her guest room closet. When the police arrest the intruder, they find a second mushroom, also glowing, under the intruder’s bedding. Soon the HAZMAT squad arrives, and the four women are forced to evacuate the contaminated row house with only the clothes on their backs.

As the mold infestation spreads from row house to high-rise, and frightened, bewildered New Yorkers wait out this plague (is it an act of God?) on their city and property, the four women become caught up in a centrifugal nightmare.

Part horror story, part screwball comedy, Jill Ciment’s brilliant suspense novel looks at what happens when our lives—so seemingly set and ordered yet so precariously balanced—break down in the wake of calamity. It is, as well, a novel about love (familial and profound) and how it can appear from the most unlikely circumstances.
Read More

“A gem of a book that ultimately focuses on the best parts about the human race. I kind of love it for that.”
-My Bookish Ways

“Funny, scary . . . It’s human behavior that interests Ciment, and that runs the gamut from enjoyably ridiculous to surprisingly sublime in her tragicomedy of errors.”
-Wendy Smith, The Daily Beast

“Ciment’s book is a compact, droll farce, light-hearted and pleasurable as a chocolate truffle, yet with a nugget of hard, somewhat unpalatable truths in the center . . . Ultimately, Ciment towers forth with her own brilliant voice . . . Her interweaving plotlines are so nimbly handled that every development seems simultaneously unpredictable, yet organically predetermined. The story might sometimes appear to be a massive clockwork, but it has the astonishing intricacy of the finest Old World municipal tower clock, where astonishing figures pirouette in and out of every niche . . . Ciment has the bracing mindset of Ambrose Bierce or Mark Twain, George Alec Effinger or Tom Disch.”
-Paul di Fillipo, Locus Magazine

“Ciment’s nightmare-comedy reads like an urbane spin on the Book of Job, written in the wake of Superstorm Sandy . . . An antic yet poignant study of who you become when you lose everything . . . Lively secondary characters add to the book’s zest . . . Ciment’s sense of absurdity is keen . . . Laugh-out-loud funny in its first half, the book grows more thorny and trenchant in its wit toward the end. Either way, from start to finish, it’s invigoratingly unpredictable.”
-Michael Upchurch, Seattle Times

“Remarkable . . . a novel that is as surprising and moving as nature itself . . . ‘Act of God’ is a work to be treasured, respected and, most of all, enjoyed — like life itself.”
-Laura Farmer, Cedar Rapids Gazette

“A darkly comic jewel of a novel . . . ACT OF GOD is an act of love, one that  is no less funny or endearing for the toughness with which it is bestowed.”
-Jan Stuart, Boston Globe

“This novel breezes along, fizzing with wit as it sails . . . Ms. Ciment’s interestingly quirky — but not cute — characters suggest human buoyancy, while her deft sentences and cleverly chosen details set a bracing pace that keeps the full force of the novel’s questions about responsibility and forgiveness in check until the last page is turned. Then readers may look back and consider what we might really mean by an act of God.”
-Claire Hopley, Washington Times

“In this swiftly paced, niftily written comedy turned horror novel, even the most settled lives are upended, the tiniest character flaws come back to bite, and love and redemption arrive when you least expect them.”
-Amanda Lovell, More


“Keenly intelligent . . . Ciment orchestrates an increasingly complicated plot with consummate skill . . . In fewer than 200 pages, Ciment has pulled off an admirable literary feat, creating a novel that moves at the speed of light, all the while urging us to pause and look inward.”
-Harvey Freedenberg, BookPage


“Beautiful, tightly controlled, and fascinating . . . Both the plotting and writing are very strong, and the moody, slow-burn fascination of the story makes this one a winner.”
-BookRiot

“In a feat of literary magic, Ciment slips an abundance of suspenseful action, incisive humor, far-ranging wisdom, and complex emotion into this inventive, caring, devour-all-at-once novel of self, family, community, and doing right.”
-Booklist

“Humanity, warmth and wry humor light up Ciment's noirish novel . . . This absorbing novel about a luminescent fungus affixes itself to your psyche like a spore and quickly spreads to your heart, setting everything in its wake aglow.”
-Kirkus (Starred Review) 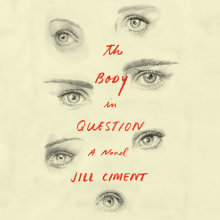