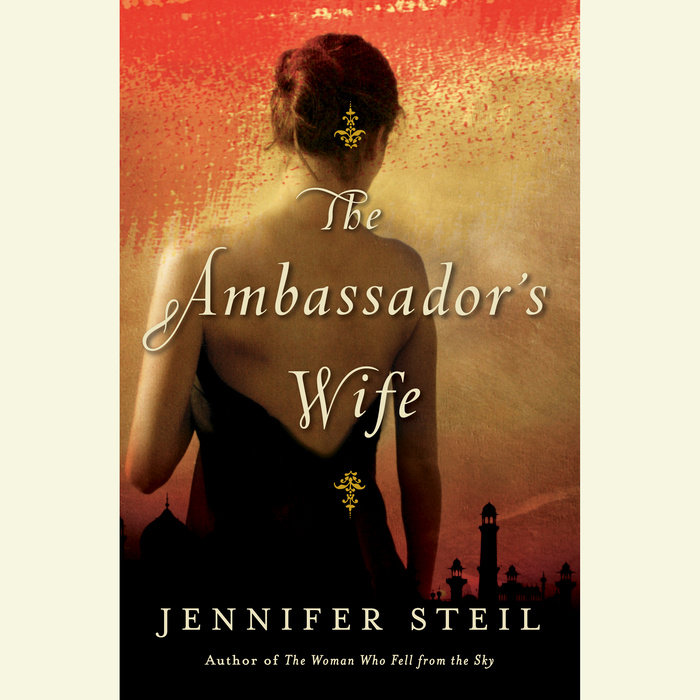 From a real-life ambassador's wife comes a harrowing novel about the kidnapping of an American woman in the Middle East and the heartbreaking choices she and her husband each must make in the hope of being reunited.

When bohemian artist Miranda falls in love with Finn, the British ambassador to an Arab country, she finds herself thrust into a life for which she has no preparation. The couple and their toddler daughter live in a stately mansion with a staff to meet their every need, but for Miranda even this luxury comes at a price: the loss of freedom. Trailed everywhere by bodyguards to protect her from the dangers of a country wracked by civil war and forced to give up work she loves, she finds her world shattered when she is taken hostage, an act of terror with wide-reaching consequences.

Diplomatic life is a far cry from Miranda’s first years in Mazrooq, which were spent painting and mentoring a group of young Muslim women, teaching them to draw in ways forbidden in their culture. As the novel weaves together past and present, we come to see how Finn and Miranda’s idealism and secrets they have each sought to hide have placed them and those who trust them in peril. And when Miranda grows close to a child who shares her captivity, it is not clear that even being set free would restore the simple happiness that once was hers and Finn’s. Suspenseful and moving, The Ambassador’s Wife is a story of love, marriage, and friendship tested by impossible choices.

Read More
"Brilliantly drawn and deeply troubling, Jennifer Steil’s The Ambassador’s Wife is a novel of love, deception and consequences ... Steil, who is herself an ambassador’s wife, skillfully creates Miranda’s milieu: the cobblestone streets of the Old City, the pomegranates and bougainvillea in the hot sun, the snippets of Arabic, the complicated people ... a richly imagined story."
—Seattle Times

"A fast-paced novel of marital love and the bonds of women’s friendships against the backdrop of intrigue in the Middle East."
—Booklist

“A beautifully written story of a woman’s life in the fictional Middle Eastern country Mazrooq. As well as being the wife of an ambassador, protagonist Miranda is also an artist, and descriptions of her artistic life signal Steil as a masterful storyteller from the book’s first pages ... The plot complicates when Miranda is brutally kidnapped, turning the sumptuous fish-out-of-water setting into something far more sinister.”
—Nashville Scene

“Thrillingly suspenseful and deeply sensuous ... Steil deftly conducts us into the private and public rooms of the diplomatic world, the complicated aspirations of modern young women living behind the veil, the unfolding of a very private love story—and best of all, into the consciousness of the fiery and idiosyncratic artist who becomes the ambassador’s wife. Captivating, unforgettable.”
—Janet Fitch, author of White Oleander

“Be warned: once you embark on this hypnotic magic carpet ride of a book, you won't be able to stop. Jennifer Steil is a modern-day Scheherazade, who seamlessly weds lyricism, mystery and a reporter's eye for detail. The Ambassador's Wife is as deeply compassionate as it is thrilling.”
—Jillian Lauren, author of Some Girls: My Life in a Harem

“In The Ambassador’s Wife, warm-hearted, impetuous Miranda navigates multiple social worlds for the sake of love, art, and survival. Jennifer Steil’s memorable heroine confronts the confines of privilege, the fear of death, the temptations of the white savior complex, and the limits of cross-cultural connection in this detailed, thoughtful debut.”
—Joy Castro, author of Island of Bones

“The Ambassador’s Wife illuminates a very intimate, and feminine, face of terror. Jennifer Steil has lived among artists, journalists, diplomats, and women desiring empowerment in one of the most terror-ridden corners of the Middle East. This is a story only she can tell, and she does so with great clarity, phenomenal insight, and wondrous grace. The rarest of books, this is a thriller about the heart. ”
—Moira Crone, author of The Ice Garden and The Not Yet

“An extraordinarily timely tale, completely gripping, and particularly so when read against the daily horror stories in the news. So much of the background, too, was familiar to me as a diplomat’s wife. I loved the book. I wish I had written it!”
—Brigid Keenan, author of Diplomatic Baggage: The Adventures of a Trailing Spouse
Read More 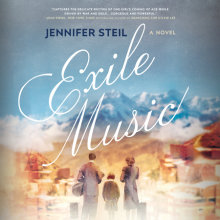