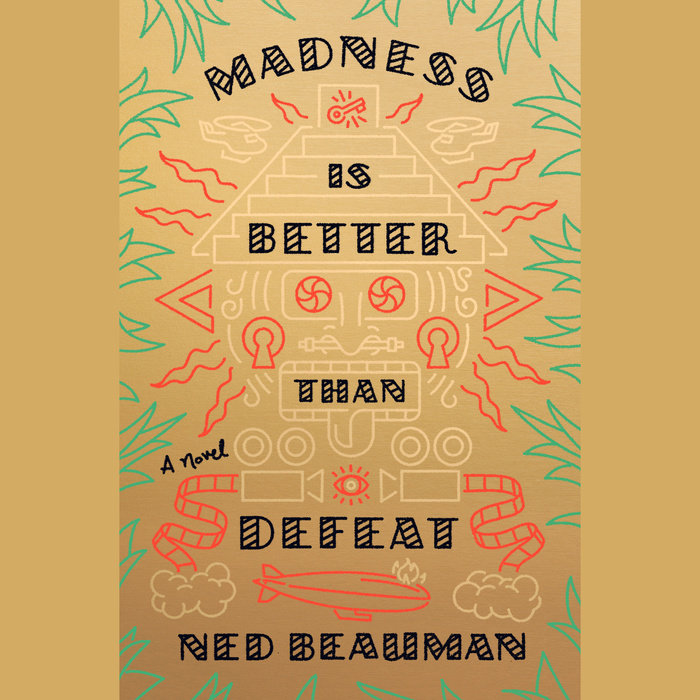 Written by: Ned Beauman
Read by: Eric Meyers
15 Hours and 46 Minutes Imprint: Random House Audio Genre: Fiction - Literary Release Date: February 13, 2018
In 1938, two rival expeditions descend on an ancient temple recently discovered in the jungles of Honduras, one intending to shoot a huge Hollywood production on location there, the other to disassemble the temple and ship it back to New York. A seemingly endless stalemate ensues. Twenty years later, a rogue CIA agent sets out to exploit the temple for his own ends, unaware that it is a locus of conspiracies far grander than anyone could ever have guessed.

"Reminiscent of the Coen Brothers at their best, Madness Is Better Than Defeat is a strange, brilliant and satisfying trip to a more entertaining version of history."--Jaclyn Fulwood, Shelf Awareness

"Like an agent of the former British Empire, this book goes all over the world, gets in adventures, and maintains a tone of restraint even in tight spots--with comedic results. Take Graham Greene, add salaciousness and surreality, and you've got the undefeated madness that only Ned Beauman can deliver. A work of globe-trotting imagination, sex, violence and wit, told in an elegant style--an accomplishment that writers will study and readers will delight in."--Atticus Lish, author of Preparation for the Next Life

"Ned Beauman writes sentences so good I want to collect them, except that after a few pages I'm basically just transcribing the book. His newest novel is elegant, witty, precise and often hilarious. I didn't read it so much as savor it, word by word."--Charles Yu, author of How to Live Safely in a Science Fictional Universe
Read More