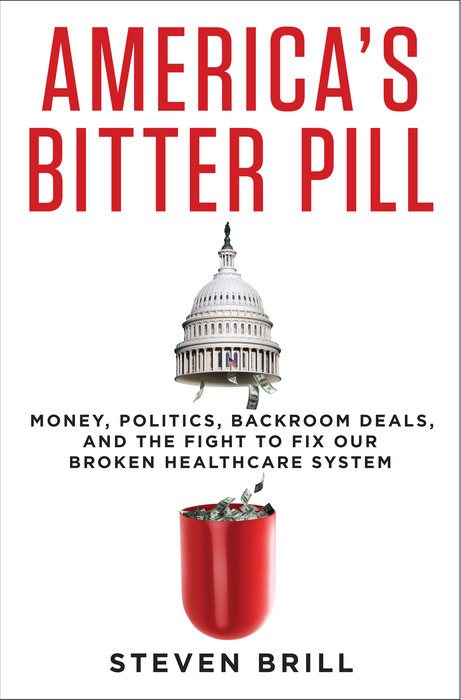 America’s Bitter Pill is Steven Brill’s acclaimed book on how the Affordable Care Act, or Obamacare, was written, how it is being implemented, and, most important, how it is changing—and failing to change—the rampant abuses in the healthcare industry. It’s a fly-on-the-wall account of the titanic fight to pass a 961-page law aimed at fixing America’s largest, most dysfunctional industry. It’s a penetrating chronicle of how the profiteering that Brill first identified in his trailblazing Time magazine cover story continues, despite Obamacare. And it is the first complete, inside account of how President Obama persevered to push through the law, but then failed to deal with the staff incompetence and turf wars that crippled its implementation.

But by chance America’s Bitter Pill ends up being much more—because as Brill was completing this book, he had to undergo urgent open-heart surgery. Thus, this also becomes the story of how one patient who thinks he knows everything about healthcare “policy” rethinks it from a hospital gurney—and combines that insight with his brilliant reporting. The result: a surprising new vision of how we can fix American healthcare so that it stops draining the bank accounts of our families and our businesses, and the federal treasury.

“An energetic, picaresque, narrative explanation of much of what has happened in the last seven years of health policy . . . [Brill] has pulled off something extraordinary.”—The New York Times Book Review

“A thunderous indictment of what Brill refers to as the ‘toxicity of our profiteer-dominated healthcare system.’ ”—Los Angeles Times

“A sweeping and spirited new book [that] chronicles the surprisingly juicy tale of reform.”—The Daily Beast

“One of the most important books of our time.”—Walter Isaacson

“An energetic, picaresque, narrative explanation of much of what has happened in the last seven years of health policy . . . [Steven Brill] has pulled off something extraordinary—a thriller about market structure, government organization and billing practices.”—The New York Times Book Review

“A thunderous indictment of what Brill refers to as the ‘toxicity of our profiteer-dominated healthcare system’ . . . For its insights into our nation’s fiscal, psychological and corporeal health—and for our own long-term social well-being—it is a book that deserves to be read and discussed widely by anyone interested in the politics and policy of healthcare.”—Los Angeles Times

“A sweeping and spirited new book [that] chronicles the surprisingly juicy tale of reform . . . [Brill’s] book brims with unconventional insight delivered in prose completely uninfected by the worn out tropes and tired lingo of the Sunday shows.”—The Daily Beast

“This is one of the most important books of our time. Through revealing personal stories, dogged political reporting, and clear analysis, it makes the battle over Obama’s healthcare plan come alive and shows why it matters. It should be required reading for anyone who cares about our healthcare system.”—Walter Isaacson

“Superb . . . Brill has achieved the seemingly impossible—written an exciting book about the American health system.”—The New York Review of Books

“[An] ambitious new history of the Affordable Care Act.”—Malcolm Gladwell, The New Yorker

“Steven Brill’s new book about the process of passing the Affordable Care Act is so meticulously reported, I found myself surprised by many details of a process I myself was deeply involved in. . . . Brill has written an outstanding book about the administration’s efforts to pass Obamacare. Now it is up to the administration to prove him wrong about what the legislation does to the trajectory of health-care costs.”—Peter R. Orszag, Bloomberg View

“Brill’s book performs an admirable job of getting behind the scenes. . . . [A] state-of-the-nation account of the broken U.S. healthcare system and Obama’s partially successful attempt to heal it.”—The National

“A landmark study, filled with brilliant reporting and insights, that shows how government really works—or fails to work.”—Bob Woodward

“America’s Bitter Pill is deeply impressive, an important diagnosis of what America needs to know if we’re ever to develop a healthcare system that is fair, efficient, and effective.”—Tom Brokaw

“In America’s Bitter Pill, Steven Brill brilliantly ties together not only the saga of Obamacare, but also the larger story of our dysfunctional healthcare system and its disastrous impact on both businesses and ordinary Americans. In a gripping narrative, his thorough reporting is made all the more powerful by his own scary experience looking up from a gurney.”—Arianna Huffington
Read More 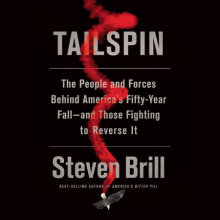