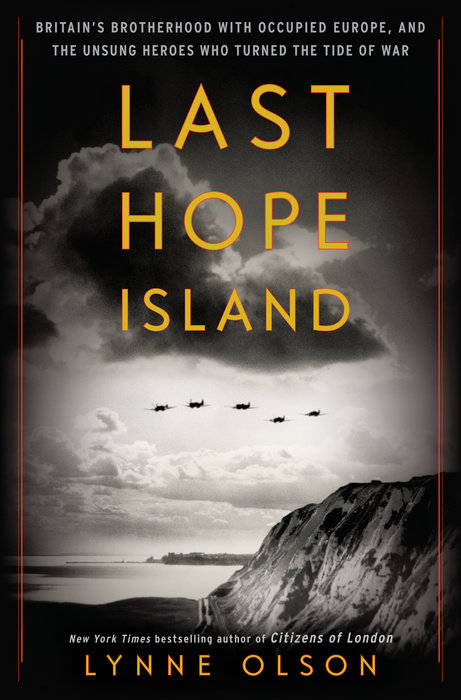 Written by: Lynne Olson
Read by: Arthur Morey & Kimberly Farr
18 Hours and 46 Minutes Imprint: Random House Audio Genre: History - Military - World War II Release Date: April 25, 2017
A groundbreaking account of how Britain became the base of operations for the exiled leaders of Europe in their desperate struggle to reclaim their continent from Hitler, from the New York Times bestselling author of Citizens of London and Those Angry Days

When the Nazi blitzkrieg rolled over continental Europe in the early days of World War II, the city of London became a refuge for the governments and armed forces of six occupied nations who escaped there to continue the fight. So, too, did General Charles de Gaulle, the self-appointed representative of free France.

As the only European democracy still holding out against Hitler, Britain became known to occupied countries as “Last Hope Island.” Getting there, one young emigré declared, was “like getting to heaven.”

In this epic, character-driven narrative, acclaimed historian Lynne Olson takes us back to those perilous days when the British and their European guests joined forces to combat the mightiest military force in history. Here we meet the courageous King Haakon of Norway, whose distinctive “H7” monogram became a symbol of his country’s resistance to Nazi rule, and his fiery Dutch counterpart, Queen Wilhelmina, whose antifascist radio broadcasts rallied the spirits of her defeated people. Here, too, is the Earl of Suffolk, a swashbuckling British aristocrat whose rescue of two nuclear physicists from France helped make the Manhattan Project possible.

Last Hope Island also recounts some of the Europeans’ heretofore unsung exploits that helped tilt the balance against the Axis: the crucial efforts of Polish pilots during the Battle of Britain; the vital role played by French and Polish code breakers in cracking the Germans’ reputedly indecipherable Enigma code; and the flood of top-secret intelligence about German operations—gathered by spies throughout occupied Europe—that helped ensure the success of the 1944 Allied invasion.

A fascinating companion to Citizens of London, Olson’s bestselling chronicle of the Anglo-American alliance, Last Hope Island recalls with vivid humanity that brief moment in time when the peoples of Europe stood together in their effort to roll back the tide of conquest and restore order to a broken continent.

“In Last Hope Island [Lynne Olson] argues an arresting new thesis: that the people of occupied Europe and the expatriate leaders did far more for their own liberation than historians and the public alike recognize. . . . The scale of the organization she describes is breathtaking.”—The New York Times Book Review

“Last Hope Island is a book to be welcomed, both for the past it recovers and also, quite simply, for being such a pleasant tome to read.”—The Washington Post

“[A] pointed volume . . . [Olson] tells a great story and has a fine eye for character.”—The Boston Globe
Read More
“Last Hope Island is a book to be welcomed, both for the past it recovers and also, quite simply, for being such a pleasant tome to read. . . . Certain of these refugee groups have had their stories told before . . . but Olson’s book is the first to weave this all together. . . . It’s a well-written and well-illustrated book, and deeply researched.”—The Washington Post

“In Last Hope Island [Lynne Olson] argues an arresting new thesis: that the people of occupied Europe and the expatriate leaders did far more for their own liberation than historians and the public alike recognize. . . . The scale of the organization she describes is breathtaking.”—The New York Times Book Review

“[A] pointed volume . . . [Olson] tells a great story and has a fine eye for character.”—The Boston Globe

“Spellbinding . . . [a] masterful account of England in World War II . . . [Olson] brings both a journalist’s eye and a novelist’s command of character and setting to this subject. . . . For American readers inclined to begin their World War II reading after U.S. entry into the conflict, Last Hope Island opens a fascinating trove of stories, characters and facts. . . . Olson’s book, ten years in the making, not only helps illuminate the past but also serves as an insightful backdrop for today’s discussion of the future of twenty-first-century European alliances.”—BookPage, “Top Pick”

“A rip-roaring saga of hairbreadth escape, espionage, and resistance during World War II, Lynne Olson’s Last Hope Island salvages the forgotten stories of a collection of heroic souls from seven countries overrun by Hitler who find refuge in Churchill’s London and then seek payback in ways large and small. In thrilling fashion, Olson shows us that hell hath no fury like a small country scorned.”—Erik Larson, New York Times bestselling author of Dead Wake

“Lynne Olson is a master storyteller, and she brings her great gifts to this riveting narrative of the resistance to Hitler’s war machine. You will be thrilled and moved—and enraged, saddened, and shocked—by the courage and steadfastness, human waste and stupidity, carelessness and nobility, of an epic struggle. Last Hope Island is a smashing good tale.”—Evan Thomas, New York Times bestselling author of Being Nixon

“In a series of compelling books in recent years, Lynne Olson has established herself as an authoritative and entertaining chronicler of perhaps the largest single event in human history—the Second World War. Now comes Last Hope Island, a powerful and surprising account of how figures from Nazi-occupied Europe found Great Britain an essential shield and sword in the struggle against Hitler. This is a wonderful work of history, told in Olson’s trademark style.”—Jon Meacham, Pulitzer Prize–winning author of American Lion

“You wouldn’t think that there would still be untold tales about World War II, but Lynne Olson, a master of that period of history, has found some. Not only does she narrate them with her usual verve, but her book reminds us how much we unthinkingly assume that it was the United States and Britain alone who defeated the Nazis in Western Europe. Last Hope Island is a valuable, and immensely readable, corrective.”—Adam Hochschild, New York Times bestselling author of King Leopold’s Ghost

“This is a history book that reads like the best thrillers. . . . Olson offers a fascinating view of the war and its aftermath, less from a military than from a high-level civilian perspective. . . . The many individuals are finely drawn, major developments are well covered, and the book provides an unusual and very insightful angle on the war.”—Booklist (starred review)
Read More 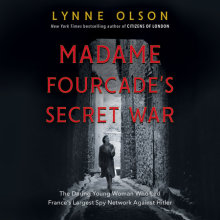